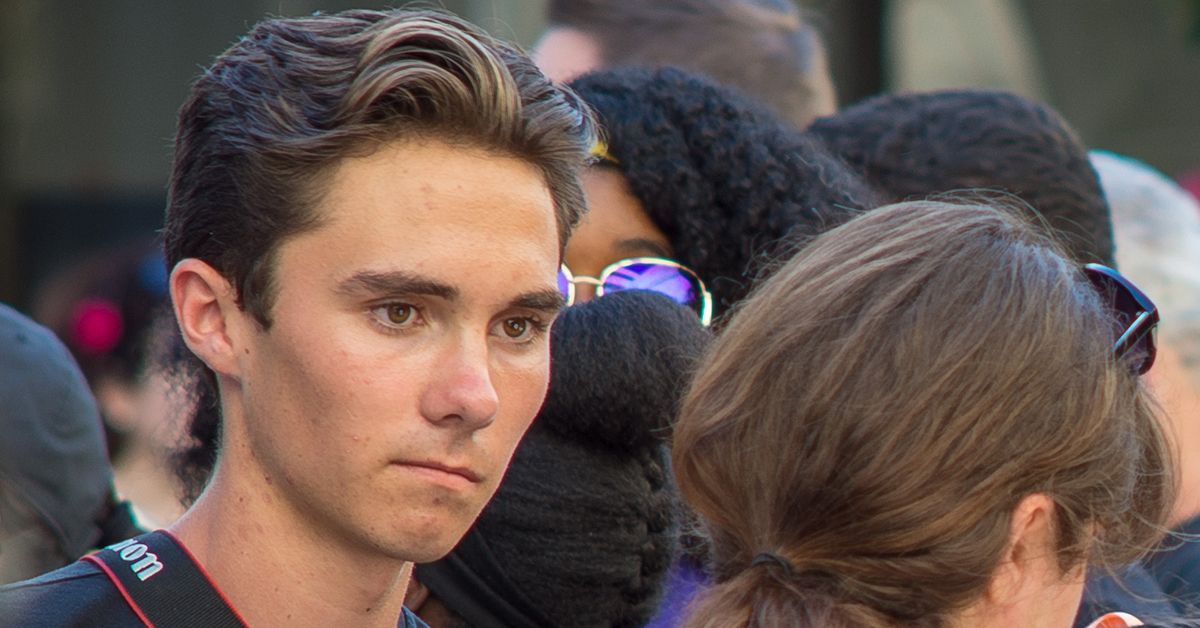 Hogg, a high school senior who survived a mass shooting in Parkland, Florida that left seventeen people dead the month before, has become a prominent voice for gun control since the tragedy, and as a result has become popular target with the conspiracy theorist set.

NaturalNews.com (a site where readers can find articles on topics as diverse as how turmeric will cure any ailment and how the government is trying to poison everyone using chemtrails) was founded by Mike "Health Ranger" Adams, who is also a frequent collaborator of — and occasional stand-in for — InfoWars' Alex Jones. Adams' abject paranoia drives fevered anti-government, anti-corporate clicks on topics that tend to stray far afield from the pseudoscientific natural health remedies the site often peddles.

In a 25 March 2018 piece announcing the founding of Hoggwatch.com, Adams explained that his disgust at the "fascist" teenaged mass shooting survivor stems from his perception that Hogg’s desire is to encroach on "everybody’s" civil liberties and from the uncritical media that covers him without challenge simply because of his age:

The current mob of mindless anti-gun protesters believe that if they all just get angry enough and spout enough profanity, the intensity of their emotional state somehow overrides everybody else’s individual liberties. This is why their fascist front-man — student propagandist David Hogg — is a foul-mouthed, hate-filled lunatic who spews endless f##ktardery while claiming anyone who opposes him want to “murder children.”

At its conception, the site hosted its own original articles, written mainly by Adams, NaturalNews.com "senior writer" J.D. Heyes, or unnamed "News Editors." Popular titles include:

“‘Hitler Youth’ student gun control march invades Washington, follows in the footsteps of Nazis who disarmed the Jews before the Holocaust”

High school seniors are far from the only group of people Adams or his writers have described as "fascists." Adams, who is strongly anti-vaccination and who appears to be convinced that the medical establishment and "Big Pharma" are responsible for committing widespread genocide, has also described vaccinations as a "coercive, fascist medical regime." He has also called out the "fascists at Facebook" and Google, described the media watchdog Media Matters as fascist, described the educational standards known as Common Core as fascist, argued that the state of California is a "fascist dictatorship," and stated that climate change science is a form of "science fascism."

On 9 April 2018, potentially as a result of backlash directed stemming from a 2 April 2018 NBC News story, Hoggwatch.com switched its hosting provider from GoDaddy.com to a new service — Codero. At this same time, the site appears to have changed forms from a source of original "reporting" on Hogg to an aggregator of other right-wing news critical of him, although the site still links back to some stories owned by Adams' various web sites.

Hoggwatch found its way back into the news on On 15 April 2018, thanks to an the internet campaign by Sleeping Giants — an organization that is, in their words, "dedicated to stopping racist, sexist, homophobic, xenophobic and anti-Semitic news sites by stopping their ad dollars." The group has called on Codero to pull hosting for the site on the grounds that Hoggwatch violates Codero’s terms of service.

Adams, Mike.   “Someone Remind the Anti-gun Mob: the Founding Fathers Created the Second Amendment to Protect Us from Mindless Mobs Just Like You.”     Natural News.   25 March 2018.