Rumors circulated online that Hylton, who was convicted of a grisly 1985 murder and spent decades behind bars, spoke at the DNC. 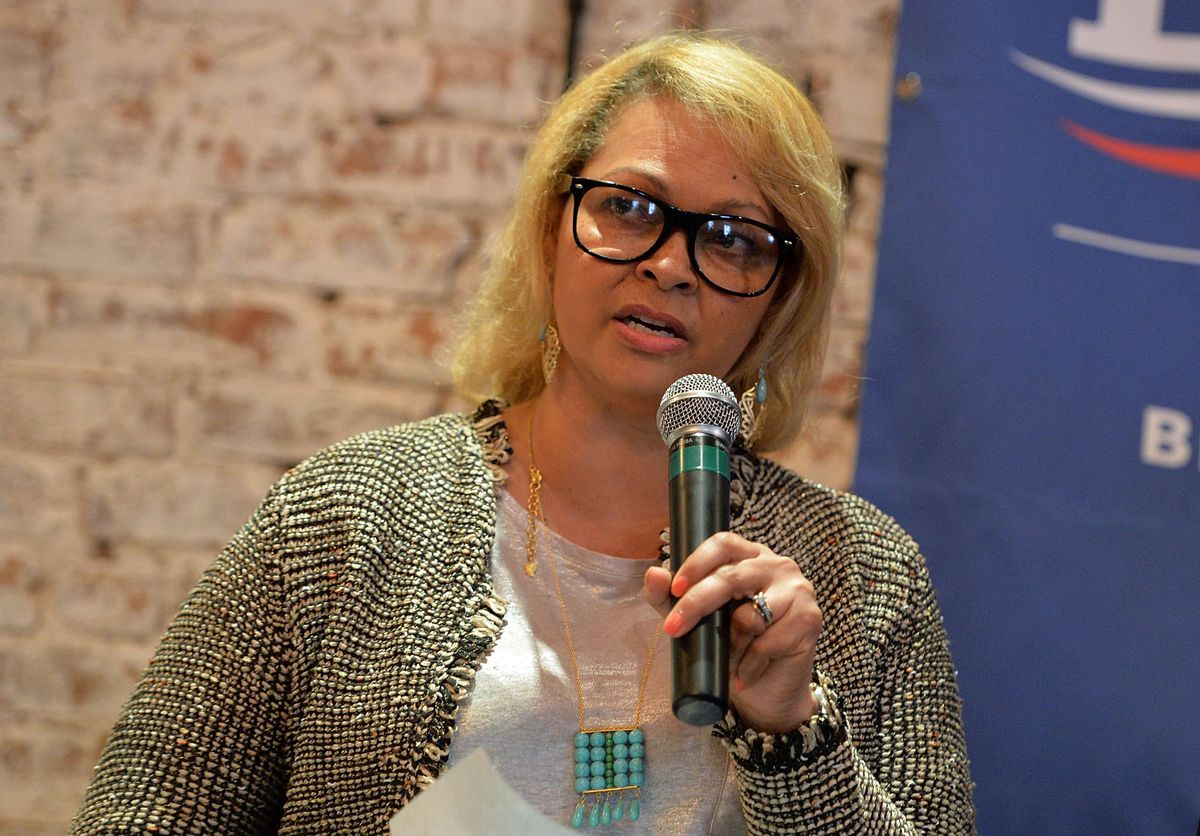 Claim:
Donna Hylton, who was convicted of the 1985 kidnapping, torture, and murder of a real estate broker, spoke at the Democratic National Convention in August 2020.
Rating:

Donna Hylton took part in the 1985 kidnapping, torture, and murder of Thomas Vigliarolo, and received a sentence of 25 years to life on kidnapping and second-degree murder charges. She was paroled in 2012, and became an activist for criminal justice reform. In 2020, she participated in a video montage that opened the Democratic National Convention.

Donna Hylton spoke a few words as a participant in a prerecorded video, but was not a featured speaker.

The Democratic National Convention (DNC) took place in mid-August 2020, featuring a range of activists and political leaders over the span of four days. Democratic presidential candidate Joe Biden is set to face off against U.S. President Donald Trump in the November election, and the lists of participants for the national conventions on both sides have been subject to scrutiny.

Rumors circulated online that Donna Hylton, a formerly incarcerated woman and criminal justice activist, had spoken at the DNC. Right wing media like Fox News picked up the story, critiquing the choice of including Hylton. We learned that Hylton did participate in the opening video of the DNC, but was not a featured speaker.

In the video, titled “We the People,” Hylton appears in a montage alongside community leaders, actors, sports figures, politicians, and activists like Dolores Huerta, Daniel Dae Kim, Megan Rapinoe, and Biden. They recite the preamble to the U.S. Constitution, interspersed with images of other Americans. Hylton can be seen at the 1:08 mark in the video, standing alone, and saying "promote the general welfare."

She had been the subject of controversy before when she was included as a speaker for the 2017 Women’s March. We covered her background and criminal history here.

Hylton took part in the 1985 kidnapping, torture, and murder of 62-year-old real estate broker and alleged con man Thomas Vigliarolo. She was one of seven people who drugged and kidnapped Vigliarolo and held him captive for two to three weeks while he was starved, burned, beaten, tortured, and found in a trunk after being asphyxiated.

Hylton received a sentence of 25 years to life on kidnapping and second-degree murder charges for her part in the killing, and was released in 2012 after serving 27 years of that sentence. While still incarcerated, she earned a bachelor’s degree in behavioral sciences, and a master’s degree in English. She now works as an activist, public speaker, and community health advocate.

More than 30 years later, Hylton’s full role in the killing remains unclear. Those involved in her murder case, including the law secretary to the judge and Hylton's defense attorney, described her role as “secondary,” and tagged others as the “true malefactors.” Hylton has said she participated in the crime under duress, and that Louis Miranda, another perpetrator of the crime, threatened to kill her daughter.

In sum, since she participated in a video montage in which she spoke only a few words and was not actually a featured speaker at the DNC, we rate this claim as “Mostly True.”