Is This Photo of Don Jr. and Eric Trump Smiling Real?

This isn't the first time that strange photos of Donald Trump's eldest sons have circulated on social media. 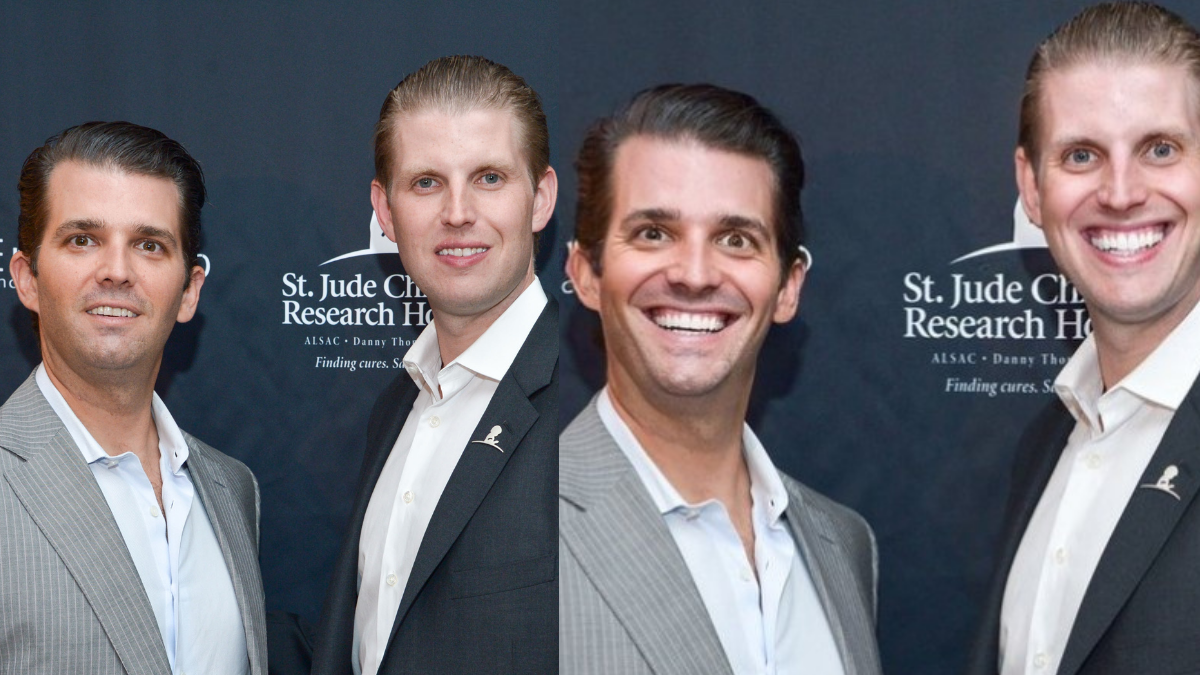 This is not a genuine photograph of two of former U.S. President Donald Trump's sons. The image was digitally manipulated.

Using a reverse image search, we found that the above-displayed, doctored photo was created from a photograph of Don Jr. and Eric at the Trump National Golf Club in Westchester, New York, on Sept. 15. The photograph was taken by Grant Lamos IV and is available via Getty Images with the caption:

Here's a look at the doctored image (left) and the genuine photograph (right):

Trump's eldest sons have been the subject of a number of photographic rumors over the years. There was the rumor that supposedly showed how Eric didn't know the front end of the shovel, the photo that appeared to give a particularly "grotesque" look at Trump's two sons, and the photo that seemingly showed Don Jr. and Eric during a big game hunting trip. One of those three rumors is true, while the other two are false.