A meme attempting to mock Eric Trump's intelligence used a doctored photograph to make its point. 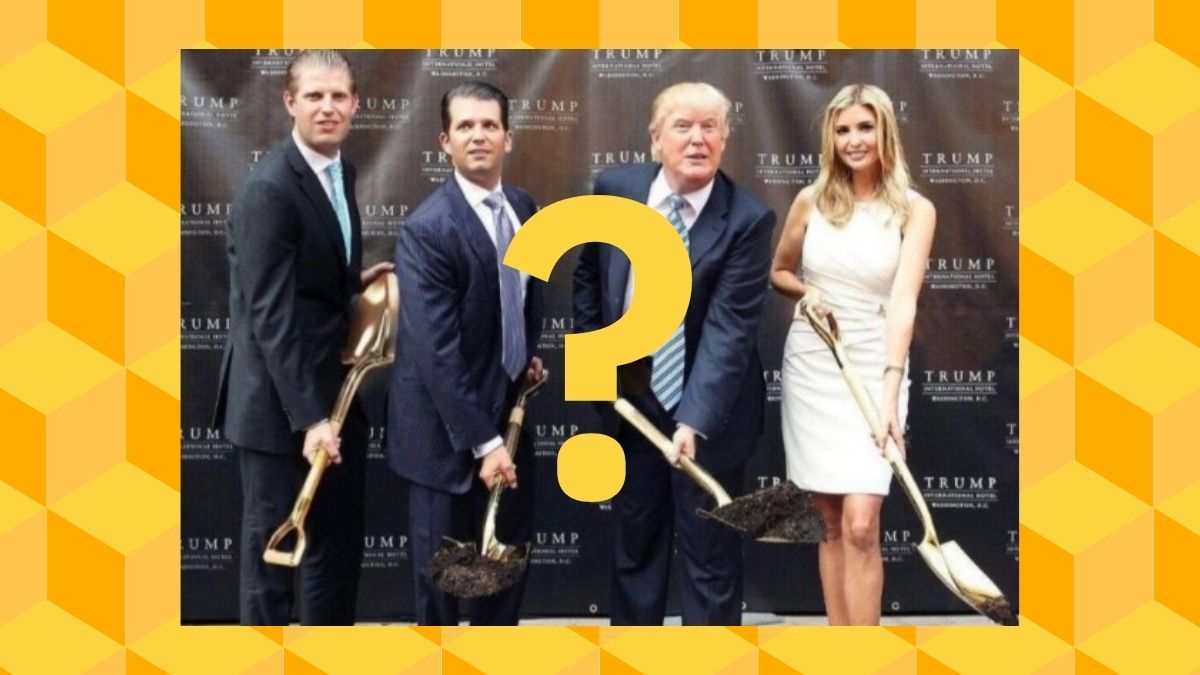 This is not a genuine photo of Eric Trump holding a shovel backwards. This is a digitally manipulated image. In the original photograph, Eric Trump is holding the shovel the correct way.

This doctored image was created from a photograph taken in July 2014, as Eric, Don Jr., Ivanka, and Donald Trump broke ground at the Trump International Hotel in Washington, D.C. The DCist reported at the time:

As the District of Columbia’s Mayor, Congressional Delegate and Councilmembers looked on, Donald Trump officially broke ground on the future “finest luxury hotel” in the city. The Donald was, of course, speaking of the future Trump International Hotel located at the Old Post Office building.

Today marked the official groundbreaking of the $200 million redevelopment, which is expected to bring 300 permanent jobs to D.C. when it opens in 2016 and $100 million in tax revenue over ten years. “We will produce one of the great hotels anywhere in the world in the most exciting location — between Congress and the White House on Pennsylvania Avenue,” Trump said. “I promise you this will be a truly great, not only hotel, but economic development project.”

Here's a comparison of the doctored image (left) and the original photograph (right):