Did Dolly Parton Make an Announcement About Her Husband?

We flipped through 54 pages of brief paragraphs that probably could have just been one page. 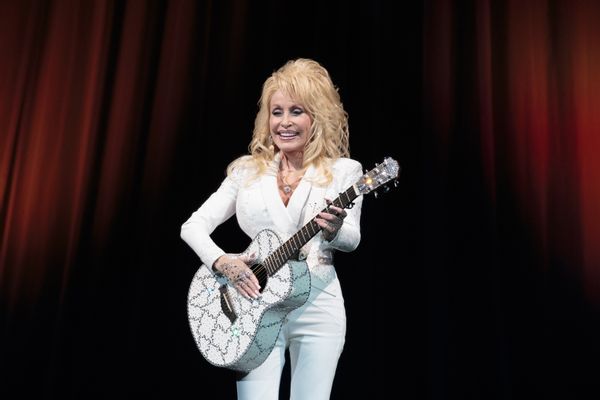 Claim:
Dolly Parton made an announcement about her husband after 54 years of marriage.
Rating:

Dolly Parton's husband became the subject of a mysterious online advertisement involving the couple and a purported "announcement."

The ad read: "Dolly Parton Makes Announcement About Husband After 54 Years Of Marriage."

It was misleading for the ad to tease outdated news.

It's unclear just how long the ad about the singer and her spouse had been displayed on various websites. It was last seen in early April 2021.

We previously reported on another rumor about Parton's husband, whose name is Carl Dean.

Unlike his wife, Dean has been known to stay out of the spotlight.

Clicking on the ad led to a 54-page slideshow article with the headline: "After 50 Years Of Marriage, Dolly Parton Makes Unexpected Announcement About Husband." It was published on the Brain Sharper website in December 2020.

The first page of the lengthy story read: "Some Things Are Better Left Unsaid."

After the first several pages, the article provided details about outdated stories from 2016 and 2017, well before their 54th wedding anniversary.

Renewed Vows, Suicide, and a Gun

First, in 2016, Parton and Dean renewed their vows. The Atlanta Journal-Constitution reported that the news reached the public by way of "Parton's press representative."

Then, in 2017, Parton revealed in a new book that she had an "affair of the heart" and contemplated suicide. The book was titled: "Dolly on Dolly, Interviews and Encounters with Dolly Parton."

On May 4, 2017, People.com reported about the book, writing that she said it was her dog that saved her:

In the early 1980s, Parton contemplated suicide after having an “affair of the heart” that ended in heartbreak. As a result, she struggled with her weight, suffered from serious health issues and had to cancel a tour due to death threats — all while trying to get over the “nightmare” that was working with Burt Reynolds on the 1982 film, "The Best Little Whorehouse in Texas."

Parton says she was sitting in her bedroom one day when she eyed her handgun for a long time, before finally picking it up. At that moment, she says, her dog Popeye came running up the stairs.

“The tap-tap-tap of his paws jolted me back to reality [and] I suddenly froze,” Parton said in an interview. “I put the gun down. Then I prayed. I kinda believe Popeye was a spiritual messenger from God.”

Neither the renewed vows, nor the affair and gun, were revealed "after 54 years of marriage," as the ad claimed. In fact, one page in the 54-page article read as follows: "As Dolly’s 53rd wedding anniversary creeps ever nearer, she’s continued to expand on how to keep the spark alive after all that time."

The entire article appeared to be recycled from around 2018. The advertiser likely changed the number of years in the ad each year, pushing the old bits about renewed vows and Parton's 2017 book as if it was all fresh and new.

In sum, Parton and her husband did not make an "announcement" after their 54th wedding anniversary. We have rated this fact check as "Outdated."