U.S. President Donald Trump issued a proclamation naming Nov. 1 a national remembrance day for those who had been killed by "illegal aliens." 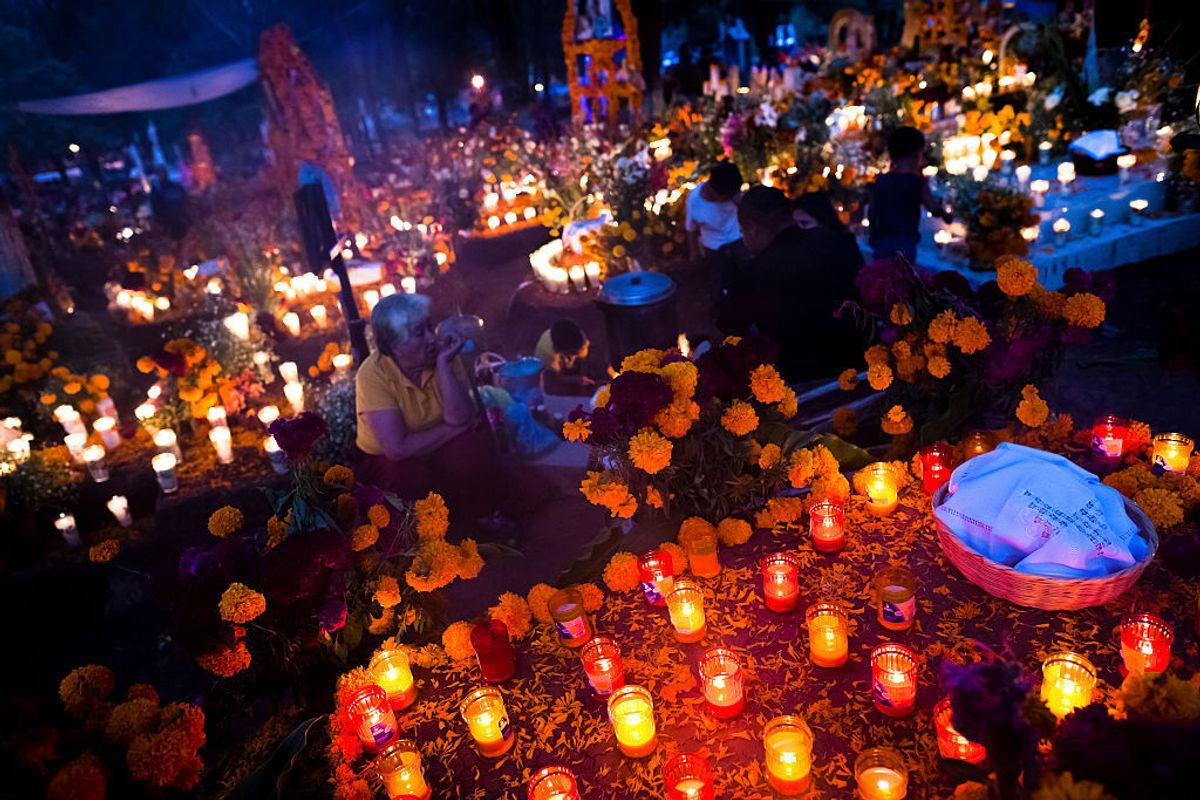 On Oct. 30, 2020, U.S. President Donald Trump signed the "Proclamation on National Day of Remembrance for Americans Killed by Illegal Aliens, 2020."

On this National Day of Remembrance, we pause to honor the memory of every American life so egregiously taken from us by criminal illegal aliens. As sons and daughters, mothers and fathers, brothers and sisters, and as American citizens, these precious lives are an irreplaceable piece of our national community. We solemnly stand with their families — our Angel Families — who have endured what no American family should ever have to suffer. Today, we recommit to ensuring that those responsible for these tragedies face justice, while taking every action to prevent these horrific acts from occurring in our Nation.

As news of this proclamation made its way across social media, some people noticed that the Nov. 1 date of this national day of remembrance was the same day of the Mexican holiday Dia de los Muertos (Day of the Dead). Day of the Dead is a Mexican holiday that has been celebrated for thousands of years. The holiday, which was added to UNESCO's list of Intangible Cultural Heritage of Humanity in 2008, involves people remembering friends and family members who have died by building colorful altars, placing photographs of the deceased, lighting candles, and dressing in face paint and costumes.

Families are spreading bulks of marigold petals, lighting up candles for their loved ones and some are even wearing colorful skull makeup.

The Mexican holiday, also known as Day of the Dead, extends over the first two days of November and has nothing to do with Halloween. It's an ode to the afterlife and a reminder that death is nothing to be afraid of.

This holiday takes place on the first two days of November, which would include the date specified by Trump as the National Day of Remembrance for Americans Killed by Illegal Aliens.

While Trump's national day of remembrance does not provide an estimate on how many Americans have died in this manner, we have encountered a few claims over the years that vastly overstate this death toll.

In 2018, for instance, Trump falsely claimed that more than 60,000 Americans had been killed by "illegal aliens" since the Sept. 11 terror attacks. The following year, social media users falsely claimed that illegal immigrants had killed more than 10,000 people in 2018 alone. While it's difficult to pinpoint a specific figure, one useful stat comes from a  U.S. Immigration and Customs Enforcement (ICE) report stating that there were approximately 1,500 homicide convictions in 2018.