Did ABC News Reveal the States Democrats Would ‘Steal’ on Election Day After ‘Red Mirage’? 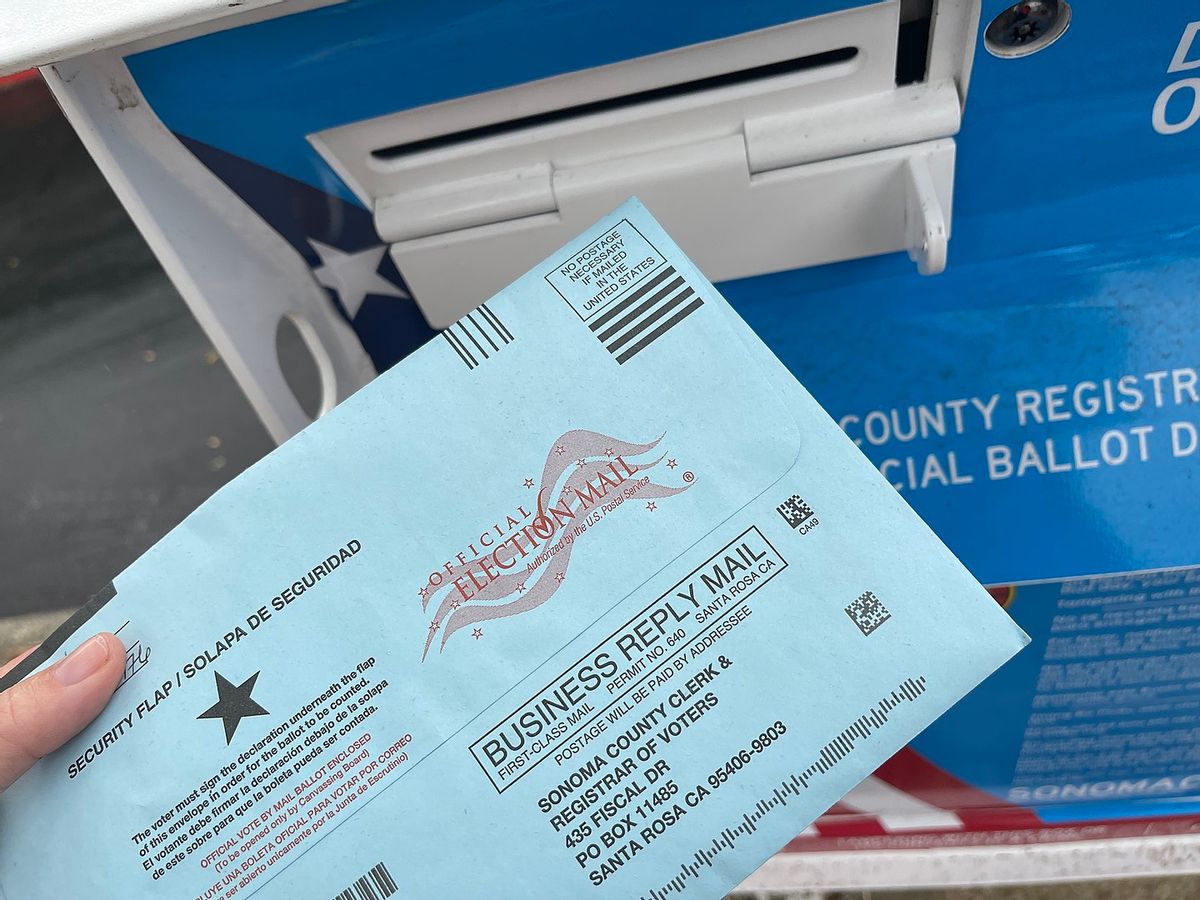 Claim:
ABC News revealed that a “red mirage,” or an apparent GOP win, could occur in battleground states in 2022 midterm elections until those states were "stolen" by the Democrats.
Rating:

ABC News published an article about the aftermath of Election Day 2022 discussing the possibility of a so-called “red mirage,” which can be described as the phenomenon of an apparent GOP lead in battleground states which dwindles as mail-in Democratic votes are counted later in the tabulation process. The article did not state or imply that this would mean Democrats "stole" these states, contrary to what was claimed by some conservative commentators.

U.S. conservatives have long cast doubt on the legitimacy of mail-in ballots, and the leadup to the November 2022 midterm elections proved no different. This time, warnings about a so-called "red mirage" phenomenon gave new life and new terminology to claims that mail-in voting encourages election fraud. According to Gateway Pundit, a conservative website, an ABC News article about the "red mirage" phenomenon revealed which states Democrats would "steal" in the 2022 election.

The Gateway Pundit post began with the headline, "HERE WE GO: ABC News Explains Why a "Red Mirage" Will Occur Tuesday – Reveals Which States Democrats Are Going to Try to Steal." It went on to quote heavily from the article, while saying, "ABC News revealed which states the Democrats are going to steal with post-Election Day ballot counting."

The article in question was published by ABC News on Nov. 7, 2022, and referred to a phenomenon that Democrats call the "red mirage," but which nonpartisan researchers typically call the "blue shift,"  according to CNN.

According to ABC News, these terms describe a very real election phenomenon that occurred in 2020, in which "former President Donald Trump took a deceptive lead in several competitive states on Election Day due to delays in counting of Democrats' mail-in ballots — their preferred method of voting due to the COVID-19 pandemic — only to eventually dissipate when the entire reserve of votes was totaled." That delay in counting the votes and the shift from a red to blue lead helped bolster the main claim by numerous Republicans that the election had been "stolen."

Experts argued that a similar phenomenon was possible during the 2022 midterm elections, especially since many voters were still using mail-in ballots. NPR's senior political correspondent Domenico Montanaro wrote, "Gird for many of these elections to go on for days, if not weeks. This is all perfectly normal when there are close elections." According to ABC News:

Democrats have continued to use mail-in voting more than their Republican counterparts, while some of the same decisive states will take a longer time to tally their mail-in, absentee and provisional ballots due to state laws that prohibit their count until late stages in the electoral process.

And it's likely to occur in some of the same states where the phenomenon presented itself last cycle -- in states like Pennsylvania, Michigan and Wisconsin -- battleground states that also happen to feature some of the most hotly-contested races of the election season.

Gateway Pundit claimed, "The Democrats got away with the steal in 2020 so they're doing it again."

However, the "red mirage" or "blue shift" doesn't apply everywhere. According to a CNN report, in 2020, some states' vote tallies shifted more toward a Republican lead as the counting proceeded, and similar shifts were bound to happen during the 2020 midterms as votes trickled in over time.

Lawrence Norden, senior director of the Brennan Center's Elections & Government Program told ABC News: "I think it's important to make clear like nobody's winning or losing on Election Day. The votes are all in, for the most part, it's just a question of what states chose to count and when."

David Alexander Bateman, an associate professor of government at Cornell University echoed this view to ABC News: "Just as football games do not end at the first quarter, you play out the game and it ends when the game ends. And whoever's in the lead at the end of the game wins. It's the same with elections. An election does not end, and it has ever ended on Election Day."

But Norden emphasized that the slower pace of counting would exacerbate election disinformation campaigns, and empower candidates to claim false victories or use legal means to attempt to stop or slow down the vote counts.

Varying state-by-state rules on how people can vote and when election officers can tally the votes will result in a longer runtime before determining the final victor in each race. This does not indicate that fraud or wrongdoing is taking place, as many Republicans claim. As CNN reported, millions of people had already voted by mail before Election Day, and in areas where this was more prevalent, there would be greater chances of a "mirage" or "shift" taking place. CNN predicted that a state like Arizona would likely shift from blue to red; Pennsylvania, George, Wisconsin, and Michigan would shift red-to-blue; and Nevada would be unclear.

Pollsters in Michigan were concerned about a "red mirage" occurring as well, as it could lead to incorrect and premature declarations of victory, particularly from Republicans.

Elaine Kamarck, senior fellow and Brookings Institute argued that the convention of states reporting incomplete election results on election night" should be reconsidered, because "it's more like election month." Kamarck wrote:

President Trump decided, even before Election Day 2020, that absentee ballots would be the source of fraud against him (although he and the First Lady voted absentee). He convinced his supporters to vote in person while Democrats were urging their voters to vote early and/or by absentee ballot. The election night returns created what became known as "the red mirage"—the in-person votes were for Trump­—the early and absentee ones for Biden. As more and more votes were counted the candidate in the lead changed, creating a fertile situation for conspiracy theorists.

Ultimately, commentary on the "red mirage" phenomenon stems from analysis done in past election years amid an increase in mail-in or absentee ballots and a longer counting time needed by many states, which led to shifting election results. This phenomenon has given ammunition to adherents of the view that mail-in ballots and longer vote-counting times are all part of a greater election fraud conspiracy. We've addressed how such claims are unfounded, time and time again.

While the "red mirage" or "blue shift" has occurred in specific states in the past, it has also gone the other way — a blue to red shift — and it was possible that the same thing would occur 2022. However, this does not indicate an election fraud conspiracy. The ABC News article analyzed the possibility of this phenomenon occurring based on past elections, without enumerating all the states that could be "stolen" by Democrats. They concluded that we wouldn't know the true and final results until each and every vote was counted.

Previous Article
Next Article
Article 6 of 13 in Collection