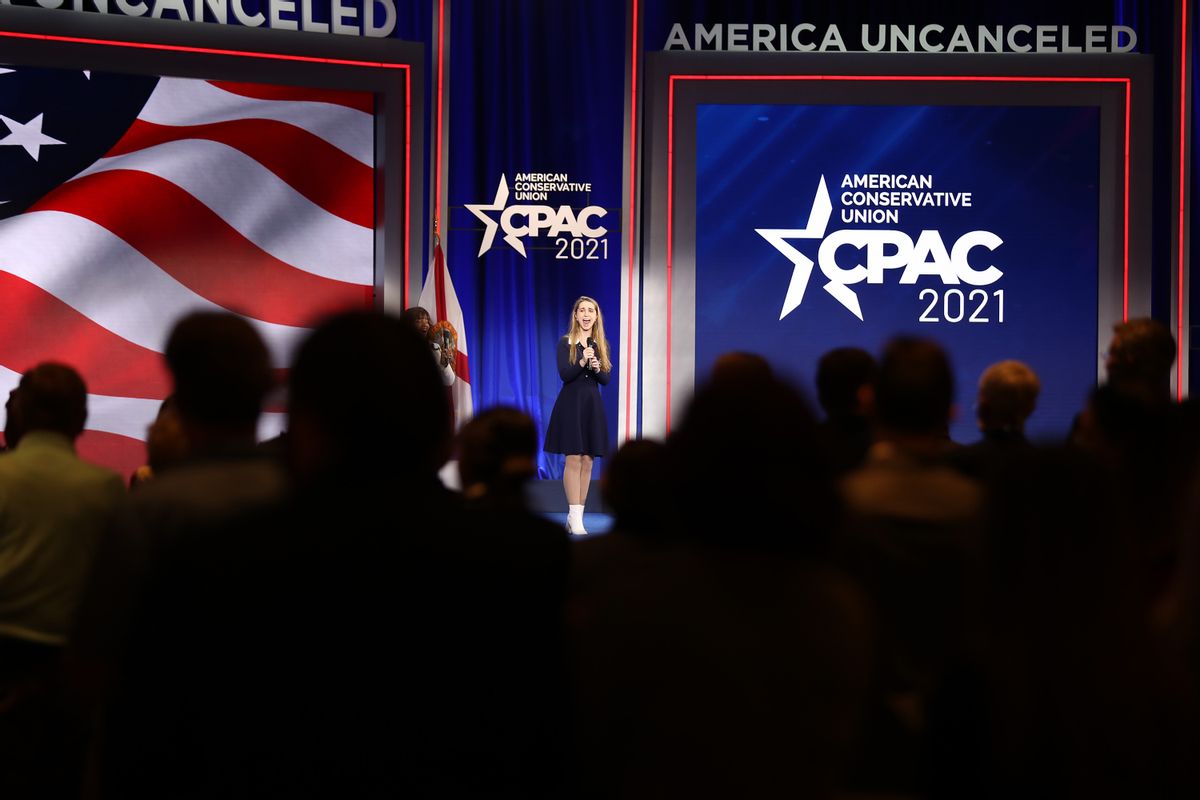 Claim:
A video shows a messy version of the "The Star-Spangled Banner" that was performed at the 2021 Conservative Political Action Conference (CPAC).
Rating:

The singer in this video, Sailor Sabol, performed the national anthem on the first day of CPAC 2021.

However, the portion of this video featuring a befuddled piano accompanist was created as a joke, and did not air at CPAC. Claims that the singer was "Ted Cruz's dog walker" and that this performance occurred just before former U.S. President Donald Trump's speech are false.

In February 2021, as conservatives gathered in Orlando, Florida, for the annual Conservative Political Action Conference (CPAC), a video went viral on social media that supposedly showed how the conference began with a messy rendition of the national anthem.

The viral CPAC national anthem video features a split screen. On one side, there's a singer. And on the other, we see a pianist rush to his seat and hurriedly prepare himself to play as a voice off camera can be heard saying "don't screw this up."

This rendition of "The Star-Spangled Banner" was performed by singer Sailor Sabol. While some on social media claimed that this singer is also Ted Cruz's dog walker (a reference to a misleading claim about the Texas senator "abandoning" his dog when he traveled to Cancun, Mexico, during a severe winter storm), that is not the case. Others claimed that this performance took place just before former U.S. President Donald Trump took the stage. That is also untrue.

According to CPAC's schedule, this rendition of the national anthem took place on the first day of CPAC 2021. Trump spoke on the final day of the conference. An unaltered version of Sabol's performance can be seen at the 20 minute mark of the following video:

As you can see, this was an a capella version (sans piano accompaniment) of the national anthem.

Sabol's interpretation of "The Star-Spangled Banner" struck a sour chord with some social media users, who shared video of her rendition with various jokes and criticism.

One person, for instance, claimed that this song was in the "key of Q" (a reference to the Qanon conspiracy theory.) As the criticism circulated, some musicians started posting videos of themselves playing along with Sabol. The viral video shared above comes from pianist Larry Goldings.

In short, a rendition of the national anthem performed at CPAC 2021 inspired some musicians to post mocking parodies. The singer's performance was real; the accompaniments were not.