Another meme bites the dust. 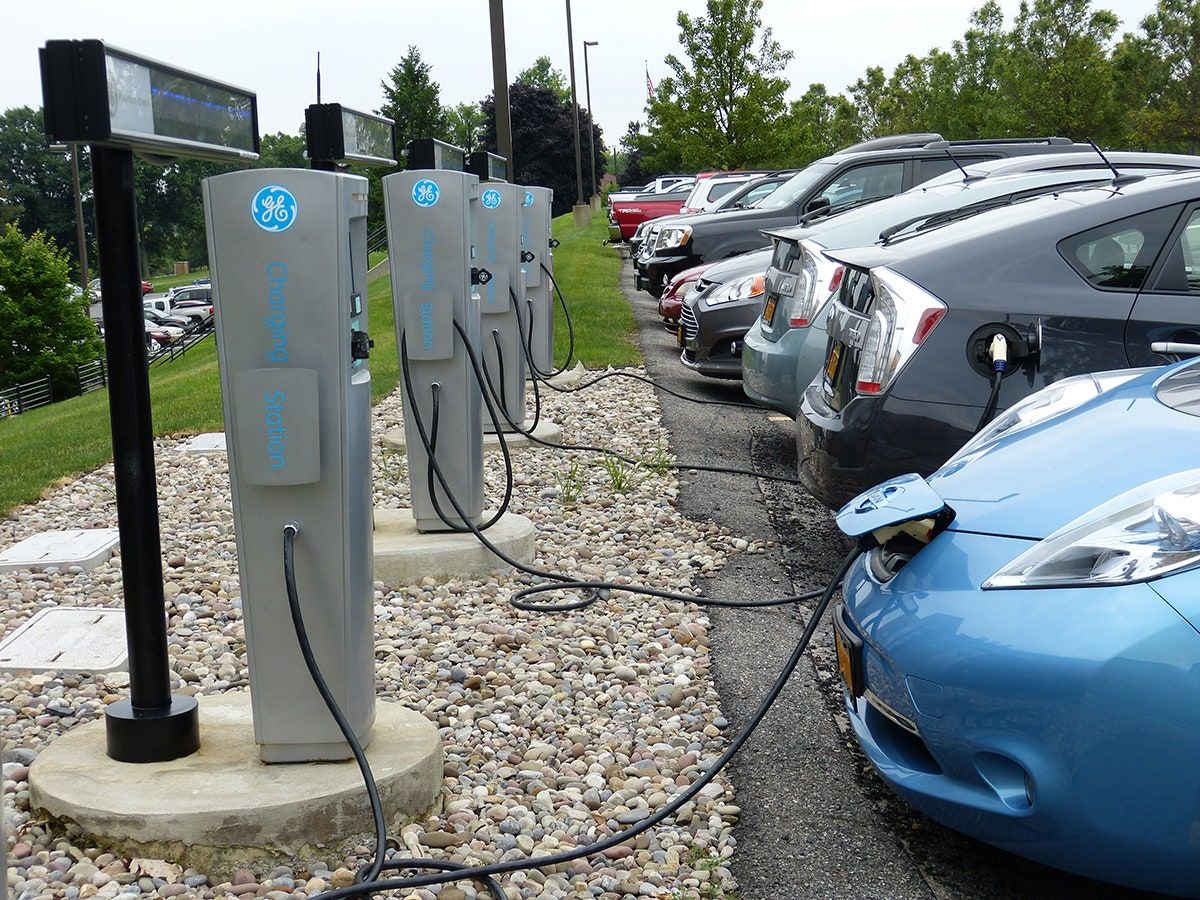 On Nov. 20, 2021, a Facebook post was created with the caption: "Fact check this one." It showed a misleading meme that claimed to depict coal-powered electric cars while they were being charged in a parking lot. The full text of the meme read: "Coal powered electric cars.... helping liberals pretend they are solving a make-believe crisis." Another Facebook post with the same meme was put up by the Norcal Kustoms page with the caption, "Truth." It earned more than 16,000 shares. The meme captioned as "truth" was false.

However, there was no evidence that this picture showed electric cars being charged with coal energy.

On Dec. 15, 2014, Wired.com reported that the original photograph came directly from General Electric (GE). Its caption was as follows: "Electric vehicle chargers in the parking lot of GE's Global Research headquarters in Niskayuna, New York." Niskayuna is located in Schenectady County, just a few miles north of Albany.

According to Wired, the picture was an example of GE looking to create a more energy efficient way to charge electric cars. It combined "artificial intelligence and machine learning to estimate exactly how much electricity it needs to pump out."

It turns out that in NYC, very large buildings, which often include parking garages and EV chargers, are billed on both their total energy usage and their peak usage, the maximum amount of power used in a 15-minute window during a month. The rationale here is that when a building requires a bunch of extra energy, even for just a few minutes a day, the power company has to deal with the cost of increasing its generating capacity to cover it.

The goal is to "spread out the charging and put it into the most opportune times of the day," explains Matt Nielsen, a principal scientist at GE's Global Research Center. The system watches how the building uses energy and forecasts what use over the next 24 hours will be, taking into account things like holidays, weather, day of the week, and more. It considers the future state of the parking garage, including how many cars will need to be plugged in and when, coming up with an intelligent charge scheduling system designed to keep peak usage rates low. The chargers will modify the amount of juice sent to the cars depending on all these factors, sometimes dropping the rate down to zero if necessary. Of course, humans can override this if they need their car charged posthaste.

According to data from the U.S. Department of Energy, the electric power provided to Schenectady County came from natural gas. The U.S. Environmental Protection Agency (EPA) also published several myths about electric vehicles that should squash any further questions about the subject. Further, we found no indication that the Schenectady area was powered by coal energy in 2014, when the picture was first published.

As for the second part of the meme that appeared to call climate change a "make-believe crisis," this also was highly misleading. As we previously reported in a fact check of another picture, the climate crisis is a non-political, science-based problem that for decades has been discussed by those in opposition to reality as if it’s a matter of personal opinion.

In October 2021, The Associated Press (AP) reported that "climate change in 2021 reshaped life on planet Earth through extreme weather."

In just the United States, there have been 18 weather or climate disasters this year with losses exceeding $1 billion a year, according to the National Oceanic and Atmospheric Administration. Those 18 disasters caused 538 deaths and nearly $105 billion in damage. In the 1980s, the average year only saw three such disasters.

A report from AIR Worldwide, a global risk modeling firm, estimates that now each year extreme weather is costing $320 billion around the world, with only about one-third of it insured.

"We now have five times the number of recorded weather disasters than we had in 1970, and they are seven times more costly," [U.N. Secretary-General Antonio] Guterres said, speaking about global totals. "Even the most developed countries have become vulnerable."

In sum, the "coal-powered electric cars" meme was highly misleading. For the reasons documented in our reporting, we have rated it "False."