Celebrities do perform a number of scripted skits at the Oscars. 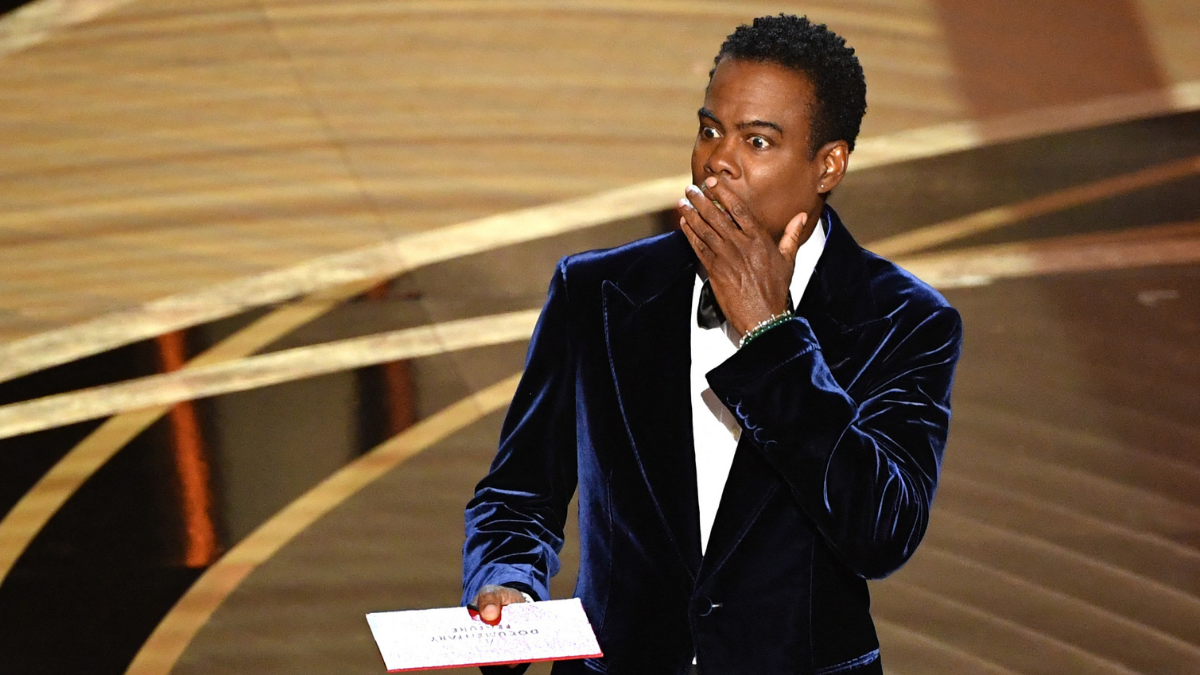 Claim:
A photograph shows Chris Rock wearing a protective cheek pad before Will Smith walked on stage and slapped his face at the 2022 Oscars show.
Rating:

Will Smith slapped Chris Rock on stage at the 2022 Oscars show after the comedian told a bald joke directed at Smith's wife, Jada Pinkett Smith, but some social media users quickly speculated that the incident had been staged. On March 28, a doctored image of Rock wearing a protective cheek pad in the moments before the slap was spread online in support of this "staged" theory. As first noted by Gizmodo, this is not a genuine photograph of Rock wearing a protective pad on his cheek but a doctored image.

The image was created by altering a photograph taken by Brian Snyder of Reuters. In the original picture, which can be seen here, Rock is not wearing any sort of pad on his cheek. Here's a close-up comparison of the two images. While the edits are subtle, you can see the outline of the cheek pad that was added to Rock's face in the fake image.

Reuters was not the only news agency to capture photographs of this moment. We looked through the galleries of The Associated Press and Getty Images for additional pictures of this moment. Those agencies also did not photograph Rock wearing a cheek pad.

Smith really did hit Rock at the Oscars, and it was not part of a staged bit. In fact, Smith has since posted a public apology to Rock, and the Academy also released a statement condemning the incident.

The fake cheek pad image above is not the first bit of misinformation to circulate in the wake of this altercation. Online rumors also claimed that Rock had issued an apology to Smith (so far not the case) and that Smith once told an alopecia joke himself during an appearance on "The Arsenio Hall Show" in the 1990s (this one is kind of true but there's a little more to the story).