Was the Original Name of This Product 'Cheez-Itz,' 'Cheez-Its,' or 'Cheez-It'?

And is this another example of the "Mandela Effect"? 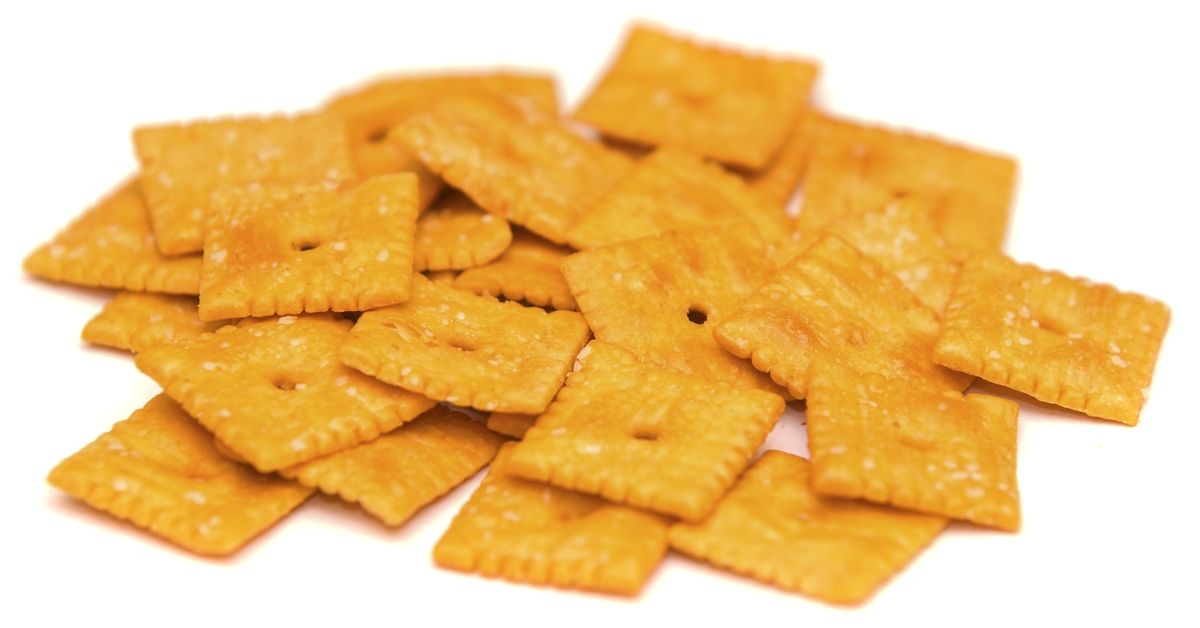 Claim:
Contrary to popular belief, the name on boxes of this popular cheese-flavored cracker is, and always has been, "Cheez-It" (singular), not "Cheez-Its" or "Cheez-Itz."
Rating:

If you're unsure where you stand on the great Cheez-It/Cheez-Its/Cheez-Itz debate -- or indeed weren't even aware that such a debate existed -- you're about to find out.

The debate has been simmering for years on social media, mainly in the form of memes and posts like the following:

At issue is the true and original name of the popular, cheese-flavored cracker. One glance at the packaging reveals that the product is currently called "Cheez-It," singular: Courtesy of the Kellogg's Company

Despite the evidence before their eyes, some people swear they grew up devouring boxes of a product labeled "Cheez-Itz" or "Cheez-Its." Was the name quietly changed to "Cheez-It" in recent years, they ask? Or is there something deeper, more metaphysical, at play?

A phenomenon called the "Mandela Effect" is often evoked as a possible explanation for the disparity. As some (including Snopes) define it, the Mandela Effect is simply a collective misremembering of a fact or event, producing a feeling of disorientation or cognitive dissonance. Others speculate that these differences between what is real and what we remember as real are instances of "slippage" between parallel universes.

Commonly cited examples of the Mandela Effect (so named because it originated in a discussion about public confusion surrounding the date of Nelson Mandela's death) include the conviction that Ed McMahon was a spokesperson for the Publishers Clearinghouse Sweepstakes (he wasn't), and that the comedian Sinbad played a genie in the 1990s film "Shazaam" (he didn't).

But memory is fallible, and we needn't conjure up parallel universes or "glitches in the Matrix" to explain how these things happen. Psychologists use the term "confabulation" to refer to the creation of false memories.

"These false memories may consist of exaggerations of actual events, inserting memories of one event into another time or place, recalling an older memory but believing it took place more recently, filling in gaps in memory, or the creation of a new memory of an event that never occurred," explains a guide for mental health professionals.

Factually speaking, it's easy to disprove that the name on Cheez-It boxes was ever anything other than "Cheez-It," singular. The Cheez-It website notes that the product first hit store shelves in 1921, bearing this logo:

Courtesy of the Kellogg's Company

And here, for good measure, is a newspaper advertisement dating from 1930. Note the name: Snopes style note: It's perfectly acceptable to refer to the crackers themselves, in plural, as "Cheez-Its," as in: "Watch me eat this massive handful of Cheez-Its."

Powell, Lisa. “Celebrate the Cheez-It! The Crispy Crackers Were Invented in Dayton More than 100 Years Ago.” Dayton, https://www.dayton.com/what-to-know/happy-birthday-cheez-it-the-crispy-crackers-were-invented-in-dayton-100-years-ago/37NH5YMDH5FP3EBMQPAQUU2IF4/. Accessed 21 Sept. 2022.

"Mandela Effect: What Is It, How It Works, and More." 27 May 2022, https://www.medicalnewstoday.com/articles/mandela-effect.