Do not put cayenne pepper in an open wound or ingest it to stop bleeding. That’s not how it works. 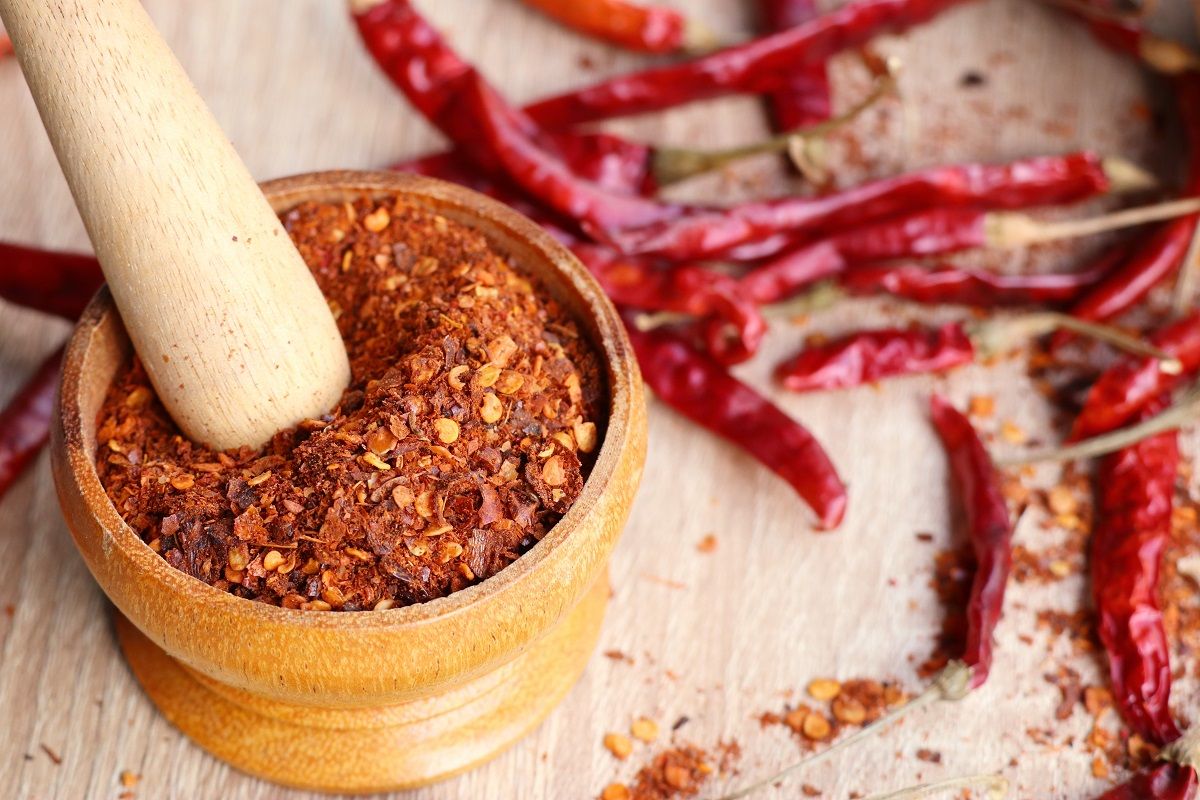 Cayenne pepper powder is produced from capsicum peppers and contains capsaicin, the chemical responsible for a pepper’s spiciness. It is also, according to some corners of the internet, extremely popular as an herbal remedy for just about every ailment under the sun. One particularly dubious claim regarding cayenne pepper comes from the website of David Wolfe, which is already well-known as a safe harbor for flawed scientific premises.

In a widely shared article first published in February 2016 and titled “How to Stop Serious Bleeding in 10 Seconds!” the website asserted the following treatment for stopping bleeding:

If a person applies cayenne pepper to an open wound, it will stop bleeding. This even works for deep cuts that are a serious cause for concern ... Cayenne pepper returns blood pressure to normal so that clotting is easier. It can be used on any cut to stop bleeding and can be applied topically or taken orally.

Credible evidence provided in support of this assertion was scant. Citing a dead “eHow” link, the website “cayenne-pepper.info”, and an herbal remedy book originally published in the 1970s, the article made two broad claims about how cayenne pepper might affect bleeding.

The first claim was that cayenne pepper can stop bleeding when it is put directly in an open wound: “Cayenne pepper ... can be used on any cut to stop bleeding and can be applied topically or taken orally,” the article reads. Though the mechanism was not clearly explained on DavidWolfe.com, other sources making similar claims suggest that “capsicum is so ‘hot’ that it has an ability to actually cauterize a wound in some cases” or that “it also brings blood to the area to which it is applied and therefore can enhance your healing [because] blood circulation brings nutrients and oxygen and is imperative to the process of tissue healing.”

The second claim suggests that cayenne pepper can stop bleeding when it is ingested orally. Quoting the website “cayenne-pepper.info”, the Wolfe article repeated the claim that “whether the bleeding is internal or external, a teaspoon of cayenne taken orally in a glass of hot water will stop the bleeding quickly.” Wolfe’s article suggested that the mechanism for both oral ingestion and the aforementioned topical application was the same: that the capsaicin “equalizes” blood pressure. The article maintained that capsaicin “reacts with the body to equalize the blood pressure, meaning an extra gushing of pressure will not be concentrated in the wound area as it normally is,” adding that “blood will quickly clot when the pressure is equalized.”

None of that is how any of this works.

The notion that the heat perceived by a human who experiences cayenne pepper in an open flesh wound could cauterize that wound is absurd. Capsaicin does not actually create heat, but rather it binds to a specific pain receptor in a way that mimics the sensation of pain and heat. Cauterization, the process of burning (or freezing) skin with metal or chemicals to stop bleeding and prevent infection, requires actual heat, cold, or specific acids that produce chemical burns, none of which is provided by cayenne pepper powder.

It is for related reasons that capsaicin has been investigated as a possible topical pain reliever. Several studies have shown the chemical is capable of reducing pain, likely through a process that involves depleting the chemicals responsible for sending pain signals after they are overstimulated. A reduction in pain, however, is significantly different than a reduction in bleeding.

“Equalizing Blood Pressure” Is Not a Thing

The top Google search results for the vaguely medical-sounding phrase “equalize blood pressure” are links to the very same articles about capsaicin’s ability to stop bleeding that we are working to debunk. However, in the herbal remedy world, the term appears most commonly to mean “lowering or raising [blood pressure] to normal levels,” according to the 2001 book Herbal Remedies: A Quick and Easy Guide to Common Disorders and Their Herbal Treatments.

The effect capsaicin has on blood pressure is a complicated and poorly understood area of science, and various studies suggest it has an ability to both raise or lower blood pressure depending on how and/or when it is administered. The potential ability for capsaicin to raise or lower blood pressure, however, is wholly irrelevant to the issue of wound healing, according to Lawrence Fine, a scientist with the Division of Cardiovascular Science at the National Heart, Lung, and Blood Institute. “I am unaware of any science information [holding] that any change within the normal range of blood pressure will affect wounding healing,” he told us via email.

With the mysterious “equalizing blood pressure” mechanism squarely behind us, we can attempt to make sense of the claim that “blood circulation brings nutrients and oxygen and is imperative to the process of tissue healing.” Blood’s role in transporting oxygen and other important chemicals within the human body is obvious and not controversial. However, specific chemicals (not scientific platitudes) are associated with the process of coagulation. “Clotting is easier” after ingesting cayenne pepper, Wolfe’s article suggested without evidence.

“I’m unaware of any scientific data to support the claim that cayenne pepper can stop bleeding,” Donna Di Michele, the Deputy Director of the Division of Blood Diseases and Resources at the National Heart, Lung, and Blood Institute, told us via email. “Capsicum, which is a species of pepper, is sometimes listed as a food or supplement that may increase the likelihood of bleeding in individuals who are so predisposed, particularly when on an anticoagulant,” she said, adding that some uncertainty in this area of research still exists.

Indeed, this is perhaps the most perverse part of Wolfe's clickbait: the fact that the purported remedy he selected for curtailing bleeding time may in fact be associated with the risk of increasing the time it takes to stop bleeding.

Reschke, Glenn.   "Learn About the Specific Health Benefits of Cayenne Pepper and How It Can Help You.”     CayennePepper.info.   Accessed 8 January 2018.