Was a Black Man Charged in the Killing of a White 5-Year-Old in North Carolina? 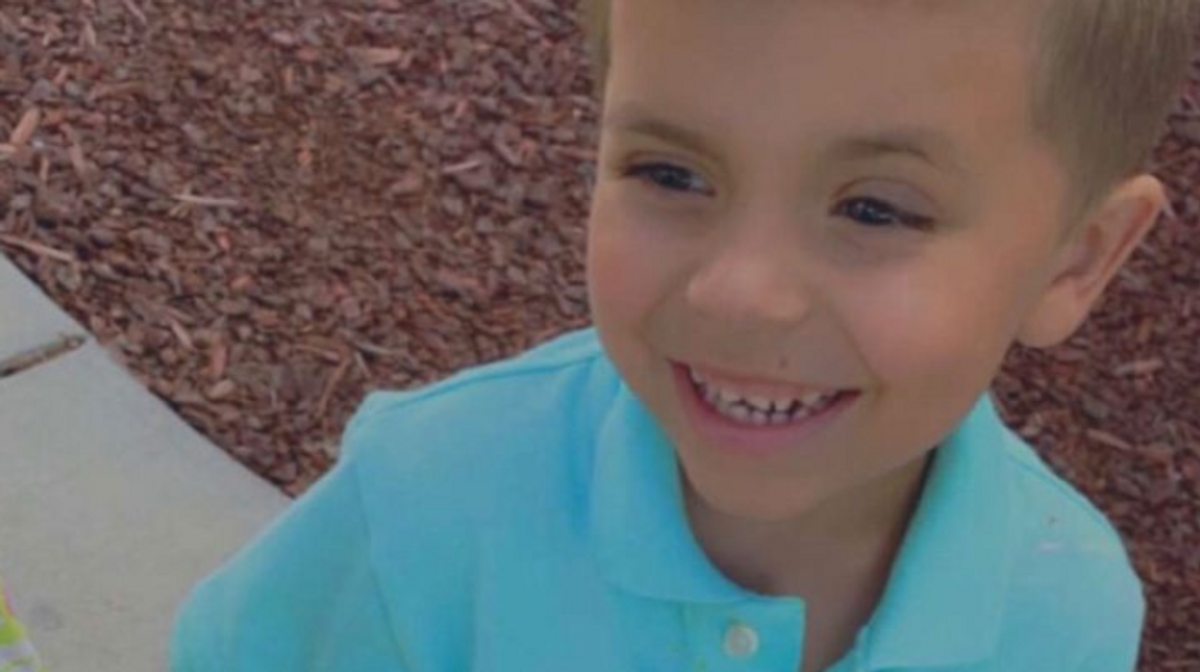 Claim:
A Black man was charged in North Carolina in the killing of Cannon Hinnant, a 5-year-old white boy, and except for Fox News, mainstream news media outlets purposely ignored it to further a predetermined racial narrative.
Rating:

Darius Sessoms, who is Black, has been charged in the fatal shooting of 5-year-old Cannon Hinnant on Aug. 9, 2020, according to police statements.

However, no evidence has demonstrated a pattern of ignoring the crime on the part of mainstream news media outlets, much less doing so to further a predetermined racial narrative.

In August 2020, conservative Americans launched a social media campaign to call attention to the shooting death of 5-year-old Cannon Hinnant in North Carolina — a murder of a white child they claimed received little media attention compared to the recent killings of Black men by American police.

"If you were advocating for George Floyd but NOT for Cannon Hinnant you are part of the problem," another user wrote. While appropriating phrases from the country's social movement to end racism in policing, such as "#SayHisName," the underlying claims of the posts were these: A Black man, 25-year-old Darius Sessoms, was implicated in the shooting death of Hinnant on Aug. 9, 2020, in Wilson, North Carolina, and mainstream news outlets purposefully omitted covering the death because the child was white.

"A 5 year old boy was executed in cold blood in America and the media is hiding it because it doesn’t fit their preferred race narrative," one Twitter account posted.

Based on our analysis of police statements, newsroom ethical policies, and the media coverage surrounding the child's death, we determined the former assertion was true and the latter -- that the mainstream news media exhibited a pattern of purposely ignoring the killing -- was false.

Snopes reached out to Wilson Police Chief Thomas Hopkins and the Wilson County District Attorney's Office for documentation related to the case.

The requested records included a probable-cause statement that outlines officers' investigation and would likely be the basis of a prosecutor's argument in any criminal case. However, neither Hopkins nor the district attorney's office returned our phone calls or email messages.

Additionally, Wilson police personnel denied a reporter for Raleigh's local newspaper, The News & Observer, access to a physical copy of the police incident report, citing precautions to limit in-person contact to prevent the spread of the COVID-19 coronavirus, the newspaper reported. The reporter was directed to a web page on the city of Wilson's website for information on the shooting, and police declined to comment beyond statements posted there.

That web page did not include copies of a police report, probable-cause statement, arrest warrant or any other documentation to outline the criminal investigation. It began with the following updates:

On August 9, 2020 at 5:33 p.m., officers of the Wilson Police Department were dispatched to 5100 block of Archers Road in reference to a shooting. Officers arrived on the scene and located a 5 year old suffering from a gunshot wound. Officers and EMS personnel began performing lifesaving efforts. The victim was transported to Wilson Medical Center. Tragically, the victim succumbed to their injuries. ...

Officers of the Wilson Police Department have identified Darius N. Sessoms (Wilson/25) as the suspect in this case. Sessoms has an active warrant for 1st Degree Murder and has been entered as wanted with the [FBI's National Crime Information Center] database, with full extradition. The Wilson Police Department is using all its resources to locate and apprehend Sessoms at this time.

Based on that statement, Wilson police believed Sessoms fatally shot a 5-year-old child on Aug. 9, and then fled. North Carolina authorities issued a warrant for Sessoms' arrest and identified Hinnant as the victim in a statement the following day. According to an interview with a spokesman for the sheriff's office in Wayne County (about 30 miles south of Wilson), as well as the Wilson web page, a multi-jurisdictional team of law-enforcement officers including U.S. Marshalls arrested Sessoms in a home in Goldsboro, Wayne County, on Aug. 10.

The Wilson web page included this mugshot of Sessoms, confirming that he is a Black man: He was booked in the Wilson County Jail without bond on charges of first-degree murder and made his first court appearance (virtually) with Wilson County District Court Judge John Britt on Aug. 11. There, Sessoms said he wanted to try to hire a private lawyer to argue his case.

A GoFundMe page established by Gwen Hinnant — the child's grandmother, according to his obituary — included the below-displayed photo that confirmed the child was white. To recap, it was accurate to state Hinnant, a white 5-year-old, was fatally shot on Aug. 9, and the person who police believe pulled the trigger — Sessoms — is a Black man.

Next, we searched for evidence of an alleged scheme on the part of mainstream news organizations to eschew covering Hinnant's death because it did not fit within an alleged "preferred race narrative."

"Fox News is the only mainstream outlet in the U.S. that has covered Cannon's gruesome murder," someone claimed, referring to stories about the case on FoxNews.com.

To unpack this claim, we specifically considered commentary by Matt Walsh, a writer for Ben Shapiro's Daily Wire, who wrote on Aug. 13:

The name Cannon Hinnant would be known across the country, and the name Darius Sessoms reviled the world over, if the races were reversed. ... And there would almost certainly be rioting, spurned on in part by the incessant coverage.

Instead, this story has gotten almost no coverage by the American national media. For the purpose of our analysis, we will consider those news organizations cited by Walsh as the alleged culprits of a nefarious scheme to keep the child's death quiet, as well as CNN and The Associated Press, two news organizations with broad audiences. As of Aug. 14, these headlines and other related stories appeared on the following news sites, partly disproving Walsh's assertion:

In other words, it was inaccurate to claim CNN, The Associated Press, Yahoo! News, NBC News, and ABC News ignored Hinnant's death.

However, we found no related stories by Reuters, The New York Times, or The Washington Post, which meant we next sought evidence to prove or disprove the assertion that those sites purposefully did not cover Hinnant's killing as part of some conspiracy to cover up the killing of a white child by a Black man.

For that, we reached out to the news organizations to ask why they had not covered Hinnant's death and what factors go into those type of editorial decisions, and we will update this report when or if we hear back from them. The news organizations' ethical policies, which are available online, however, include promises to report the news accurately and fairly without bias — standards that, in practice, would prohibit the newsrooms from only covering certain stories and purposefully hiding others as part of some nefarious scheme because of the races of those involved.

In sum, while it is truthful to state that Sessoms, a Black man, was charged in the shooting death of Hinnant, a white 5-year-old, in North Carolina, there is no evidence substantiating a pattern of mainstream news organizations omitting coverage of the child's death to further a particular racial narrative or for any other purpose. For those reasons, we rate this claim a "Mixture" of fact and fiction.