Yes, All Registered Voters in California Will Receive Ballots By Mail Going Forward

That includes everyone who's legally able to vote and reachable via an address on file. 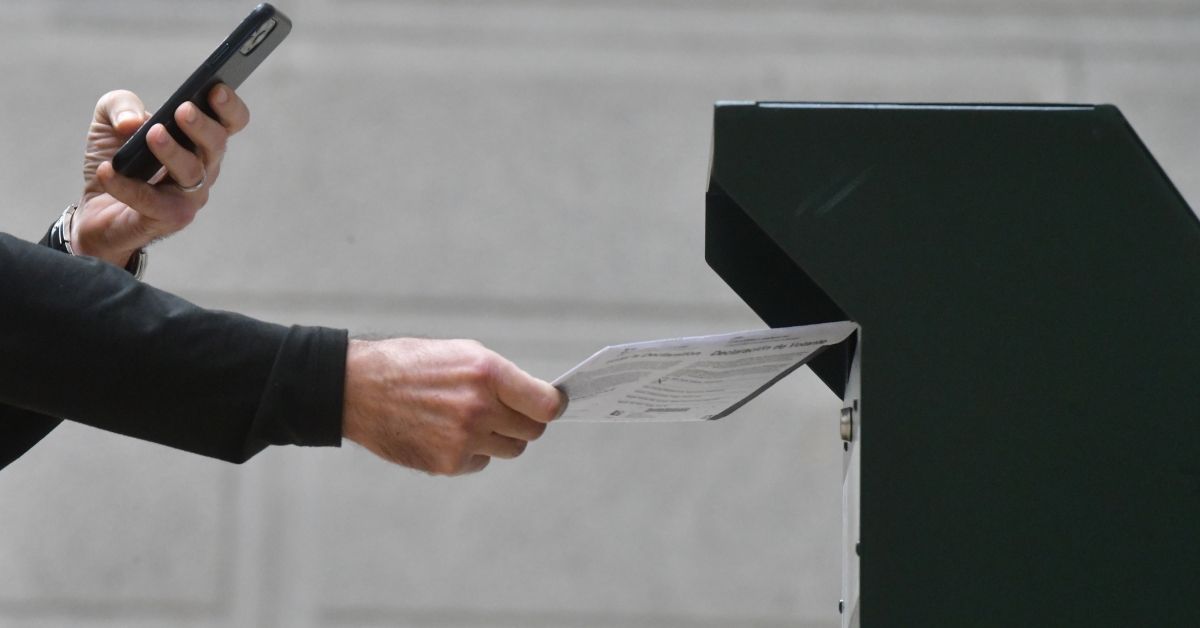 Claim:
On Sept. 27, 2021, California Gov. Gavin Newsom signed a law that would require county election officials to mail every registered, active voter in California a ballot before elections.
Rating:

On Sept. 27, 2021, social media users circulated posts about California supposedly changing its election laws so that officials would automatically mail ballots to every active, registered voter in all future elections. Before his approval, state statutes established such a program — though only temporarily.

In the 2020 presidential election and 2021 failed effort to recall Newsom, officials sent all registered voters a ballot "as a safety measure to counteract pandemic-related disruptions," as the governor described in a news release.

However, under statutes governing universal voting by mail in those elections, the ballot distribution system would have expired at the end of 2021.

According to Assembly Bill 37:

Both the temporary and permeant measures drew sharp criticism from political conservatives, who argued the process of mailing ballots to millions of people could open the door to fraud.

Before Newsom's approval of AB 37, for example, opponents drew attention to how county officials track who is — and who isn't — an active voter, the Los Angeles Times reported. "Active" and "registered" voters are residents who are legally able to vote; have filled out paperwork to submit their names to the voting registrar; and are reachable via their addresses on file.

In a story about the permanent change, the L.A. Times wrote:

One persistent criticism focuses on elections officials’ use of a list of inactive voters, those who may still be eligible to vote but haven’t been reachable at their mailing address on file and who haven’t cast ballots in recent elections. In some situations, inactive registrations are canceled after a voter fails to participate in two consecutive federal elections.

When errors do occur, critics have insisted without any clear evidence that the mistakes are an indicator of larger, systemic problems.

AB 37 stipulates that ballots can’t be mailed to anyone on a county’s inactive voter list. Republican lawmakers sought additional rules for how counties should maintain their lists of active and inactive voters.

Those opponents also pushed unsuccessfully for stronger restrictions on who can turn in a completed ballot at designated drop-off sites or polling stations, as well as a shorter window for when ballots postmarked by Election Day can count, the LA Times reported.

Supporters, however, believe the law makes voting in elections easier for more people.

“Data shows that sending everyone a ballot in the mail provides voters access. And when voters get ballots in the mail, they vote,” Assemblyman Marc Berman, D-Palo Alto, the bill’s author, said during a Senate committee hearing in July 2021, as reported by the Los Angeles Times.

That was indeed the case after California officials mailed every registered voter a ballot in the 2020 presidential election between former president Donald Trump and President Joe Biden.

Almost 17.8 million people turned in completed ballots, according to the L.A. Times. That number accounted for about 71% of eligible voters, or the highest such percentage since 1951.

“Last year we took unprecedented steps to ensure all voters had the opportunity to cast a ballot during the pandemic and today we are making those measures permanent after record-breaking participation in the 2020 presidential election,” Newsom said in the Sept. 27 release.

With Newsom's approval of AB 37, California joined a handful of other U.S. states with the same type of programs, including Utah, Washington, Oregon, and Colorado.

But, as the L.A. Times' story noted, no other state’s effort is comparable due to California's population and the law's scope.