Video of the incident has been viral for years. 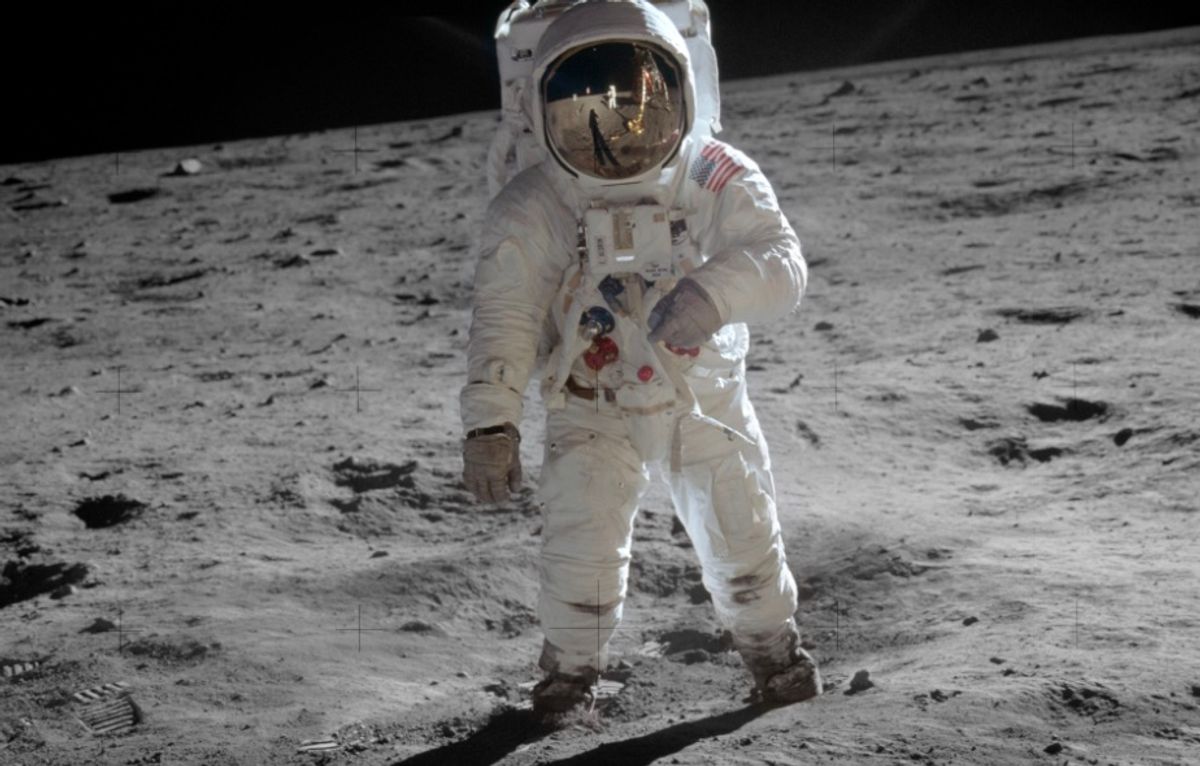 It was the right hook heard round the world.

In July 1969, Buzz Aldrin was part of the Apollo 11 crew that first landed on the moon, where he and Neil Armstrong made history as the first humans to set foot on it.

In September 2002, Aldrin, then aged 72, landed a punch on conspiracy theorist Bart Sibrel, who laboring under the false belief that the moon landings were staged, was busy confronting and insulting the legendary astronaut when it happened.

The incident occurred outside a hotel in Beverly Hills, California, and was captured on video by Sibrel's crew. Sibrel had been attempting to make a documentary film proving the moon landings were fake, according to news reports at the time.

Aldrin can be heard exclaiming, "Will you get away from me?" while Sibrel, standing close to him, continues, "You're a coward and a liar and a thief," when Aldrin's punch lands with a thud.

The resulting video of the incident probably had the opposite effect that Sibrel was looking for.

Police declined to charge Aldrin after witnesses came forward stating that Sibrel had physically provoked him by poking him with a Bible and demanding the 72-year-old swear he really did go to the moon. Additionally, Aldrin had stated he was acting in self-defense and in defense of his stepdaughter, who was accompanying him.

Witnesses also stated that Sibrel had not only lured Aldrin to the hotel under false pretenses, but that he had repeated harassed Aldrin and other Apollo astronauts over the years.

Not only was Aldrin not charged, but the video garnered praise for Aldrin, who was seen not only as effectively defending himself but also as delivering poetic justice to a corrosive, nonsensical conspiracy theory.

In July 2021, the video was posted on the social media platform Reddit, where it was again widely viewed, and where Reddit users reveled in the moment.

"Can you imagine going to the moon and then when you get back having some of the stupidest people on earth telling you it's all fake," one Reddit commenter opined.

The Reddit video above even contains the punch in slow-motion.