Did Judge Martha Kavanaugh 'Rule Against' the Parents of Her Son's Accuser, Christine Blasey-Ford?

Right-wing websites concocted a cynical (and grossly inaccurate) conspiracy theory about a woman who has accused Brett Kavanaugh of sexual assault. 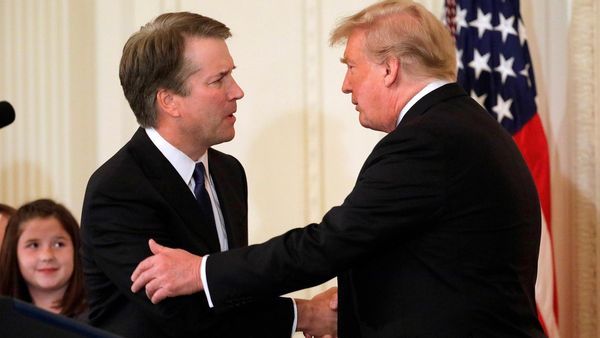 Christine Blasey Ford, a psychology professor who accused Supreme Court nominee Brett Kavanaugh of having sexually assaulted her while both were high school students, faced a backlash from some supporters of the U.S. Circuit Court of Appeals judge, whom President Donald Trump nominated for appointment to the court in July 2018.

One theory alleged that Blasey Ford, in making the allegations against Kavanaugh, was motivated by an inter-generational desire for revenge, centering on a 22-year-old civil case heard in Montgomery County, Maryland. For example, the right-wing Pacific Pundit website wrote:

In a similar vein, the right-wing Powerline web site wrote:

The fact that Kavanaugh’s mother ruled against Ford’s parents doesn’t prove Ford is lying about the conduct of the son. Her allegation, coming so many years after the fact and without a description of when or where the event supposedly occurred, is probably not susceptible to being ruled out conclusively. But there now seems to be a motive, beyond partisan politics, for Ford to make up or significantly embellish her story so long after the “fact.”

These accounts got only the background facts right while wildly misrepresenting the key details and amounting to a gross misrepresentation of what actually took place.

Martha Kavanaugh did preside for certain parts of a 1996 foreclosure case involving Ralph and Paula Blasey, who are indeed Christine Blasey Ford's parents. However, Kavanaugh actually ruled favorably toward the Blaseys, who ended up keeping their home. These two facts cause the logic of the conspiracy theory, such as it ever was, to collapse.

However, by December of that year the Blaseys were able to refinance the mortgage, and in January 1997 UMLIC filed a motion to dismiss their earlier petition. Judge Martha Kavanaugh granted that motion on 4 February 1997, thus formally bringing an end to the foreclosure proceedings against the Blaseys.

The claim that Kavanaugh "ruled against" Ralph and Paul Blasey, central to the conspiracy theory about their daughter's sexual assault allegations made 21 years later, is therefore false.

The couple kept their house, ownership of which they transferred into a Blasey family trust in June 2014. This fact also undermines the putative logic of the claim that Christine Blasey Ford was motivated by vengeance against Martha Kavanaugh: not only did Judge Kavanaugh not "rule against" the Blaseys in 1996, but the outcome of the case in question was favorable to the family, who ended up keeping the house.

Not only does the "foreclosure" claim constitute a failed, factually baseless attempt to impugn the motives of Christine Blasey Ford in giving up her anonymity to make sexual assault allegations against a would-be Supreme Court justice, but it offers a prime example of a common feature of many conspiracy theories: mistaking coincidental and tangential encounters for meaningful and substantial conflicts and connections.