As rioters broke into the U.S. Capitol. Boebert tweeted: "The Speaker has been removed from the chambers." 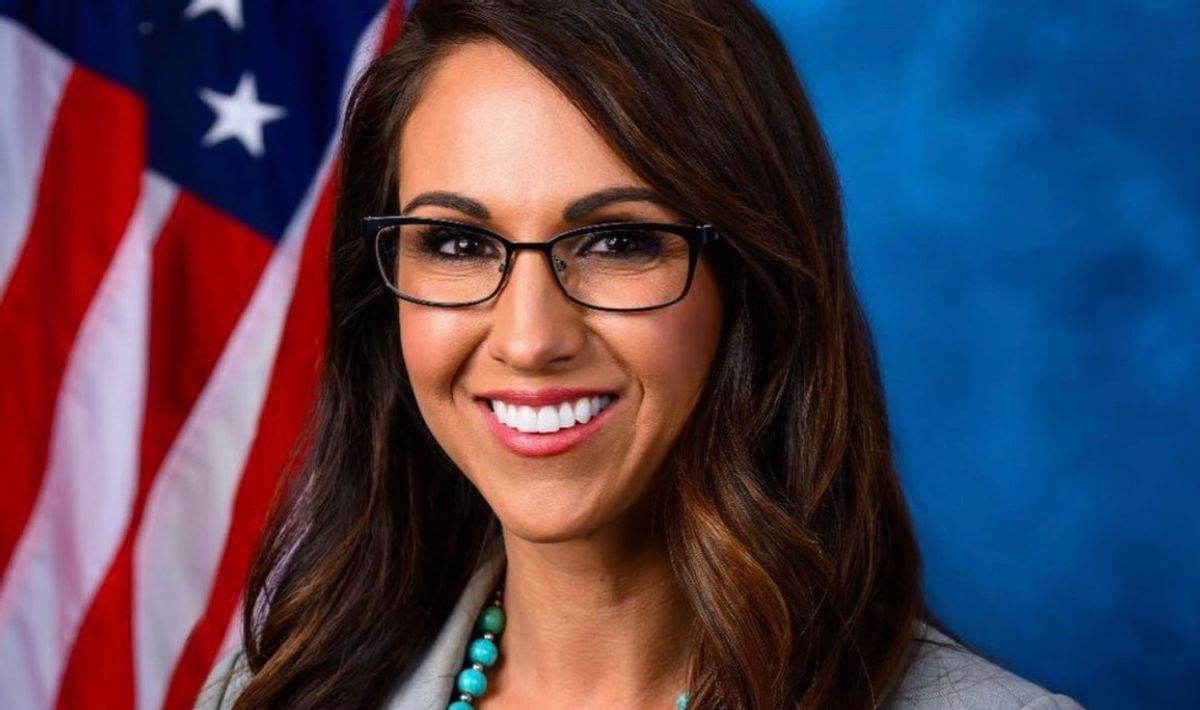 Rep. Boebert posted a message on Twitter saying "The Speaker has been removed from the chambers" as a pro-Trump mob breached the U.S. Capitol.

Boebert's tweet did not reveal the location to which Pelosi had been removed.

On Jan. 6, 2021, as members of the House and Senate were rushed to safe locations as a pro-Trump mob descended on the U.S. Capitol, freshman Republican congresswoman Lauren Boebert posted two messages on Twitter. The first stated that "we were locked in the House Chambers." The second noted that "The Speaker has been removed from the chambers."

Both of these tweets are real and both were posted as a pro-Trump mob stormed the U.S. Capitol.

Boebert, a QAnon supporter representing Colorado's 3rd District who promised to carry a gun to Congress, posted the above-displayed messages to her personal account (her official congressional account is @RepBoebert) at 2:16 and 2:17 p.m. EST. This was approximately the same time that Pelosi and the other members of the house were being rushed to a safe location.

At 2:15 p.m. EST, Matt Laslo, the managing editor of the News Station, posted a video showing rioters breaching the Capitol:

It should be noted that several lawmakers posted about their own locations and safety status during the chaos that erupted at the Capitol around 2 p.m. EST. Fox News 29 published a timeline of the riots. Here's the relevant section from their report:

FOX 5 DC reported that rioters had gotten into the U.S. Capitol building by 2 p.m.

The mob of Trump’s supporters tore down metal barricades at the bottom of the Capitol’s steps and were met by officers in riot gear. Some tried to push past the officers who held shields.

Officers could be seen firing pepper spray into the crowd to keep the pro-Trump rioters back. Some in the crowd were shouting "traitors" as officers tried to quell the riot.

But the rioters broke through the police line and began beating on the doors and shattering the glass, breaching the Capitol’s defenses.

2:20 p.m.
Both chambers of Congress abruptly recessed as they were debating the count of the Electoral College votes that gave Joe Biden the presidency.

There was confusion in the House chamber as the Capitol doors were locked and debate was suspended. A representative from the U.S. Capitol Police spoke from a lectern on the dais and told lawmakers to remain calm, and that more information would be available soon.

An announcement was played inside the Capitol as lawmakers were meeting and expected to vote to affirm Biden's victory. Due to an "external security threat," no one could enter or exit the Capitol complex, the recording said.

Boebert told us in a statement that she condemned the violence at the Capitol. Boebert also said that both of her tweets came "after both events referenced occurred" and that she "never disclosed secure locations." Here's Boebert's statement in full:

“The violence that took place on January 6th was indefensible and these criminals should be prosecuted to the fullest extent of the law. I followed the Constitution and historical precedent to object to Electoral College votes from Arizona and Pennsylvania. Some partisan officials and press have chosen to mischaracterize several of my tweets. Let me be clear: I do not support unlawful acts of violence and support the rule of law. Furthermore, my tweets came after both events referenced occurred and I never disclosed secure locations. Media outlets were also reporting the exact nature of my tweets via television. I am grateful for the service of law enforcement officers who kept us safe.”

While Boebert said that she "never disclosed secure locations," some have suggested that Boebert's tweets put Speaker Pelosi in harm's way.

Rep. Debbie Dingell, a member of House Speaker Pelosi's leadership team, said: "I read last night that one of our colleagues was telling people where Nancy Pelosi was. That's, that's just inexcusable."

The Capitol riot left five people dead, but some have suggested that the situation could have been much worse. One insurrectionist, for example, was spotted with zip cuffs, a gallows was erected outside the Capitol, the crowd was filmed chanting "Hang Mike Pence," and authorities reported that several guns and explosives were found in the area. One person, Cleveland Grover Meredith Jr., was also arrested for "making interstate threats to Speaker Nancy Pelosi." Authorities reported that Meredith had sent a text message, reading: "Thinking about heading over to Pelosi C***’s speech and putting a bullet in her noggin on Live TV [purple devil emoji].”

At one point, the mob attempted to break into Pelosi's office. Pelosi spoke about the ordeal in an interview on "60 Minutes":

While some social media users criticized Boebert for talking about Pelosi's whereabouts during the chaotic scene at the U.S. Capitol, others pointed to some of her comments before the riot. Boebert, like U.S. President Donald Trump and several other Republican lawmakers and pundits, has been accused of inciting the violence at the Capitol by lying to her supporters about voter fraud in the 2020 presidential election.

Before the riot at the Capitol broke out, Boebert wrote on Twitter that she would "fight with everything I have to ensure the fairness of the election." The congresswoman also tweeted "Today is 1776," a reference to the Revolutionary War.

Boebert was one of about 140 GOP congress members who objected to the election results. In her speech objecting to Arizona's Electoral College votes, she accused Democrats of fraud and said that anyone who accepts these results has "sided with the extremist left."