Was a Noose Hung Across from the US Capitol?

It would be just one of many disturbing images to emerge from the pro-Trump riots. 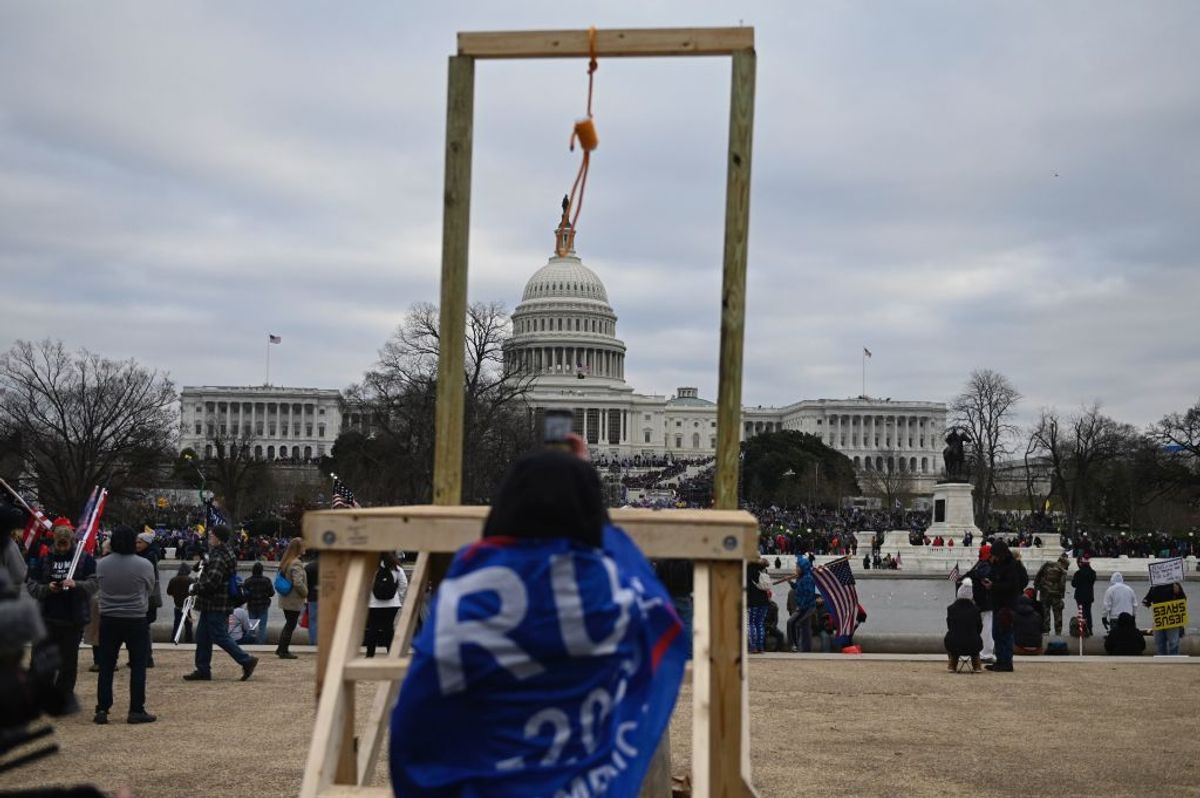 Claim:
A photograph shows a noose hanging across from the U.S. Capitol before a pro-Trump riot on Jan. 6, 2021.
Rating:

On Jan. 6, 2021, as a group of pro-Donald-Trump extremists stormed the U.S. Capitol in an apparent attempt to stop the certification of President-Elect Joe Biden's victory, a photograph started to circulate on social media from a make-shift gallows: This is a genuine photograph of a noose that was erected across from the U.S. Capitol. The photograph was taken by Andrew Caballero-Reynolds and is available via Getty Images with the following caption:

Supporters of US President Donald Trump gather across from the US Capitol on January 6, 2021, in Washington, DC. - Demonstrators breeched security and entered the Capitol as Congress debated the a 2020 presidential election Electoral Vote Certification.

This was not the only noose on display as pro-Trump extremists stormed the Capitol. Photographer Victor J. Blue captured another that showed a Trump supporter carrying a make-shift mannequin with a noose arounds its neck and the word "traitor" written across its chest.

At least one other noose was displayed during the riot involving a camera cord. At one point, a group of rioters grabbed and destroyed camera equipment. Christal Hayes, a reporter who covers Congress for USA Today, shared a video of the incident:

Paul McLeod, a Capitol Hill reporter for Buzzfeed News, posted a photograph shortly afterward that showed how one of the camera cables was twisted into a noose: