A photograph shows Hamill, who played Luke Skywalker, looking away as he shook hands with Princess Margaret. 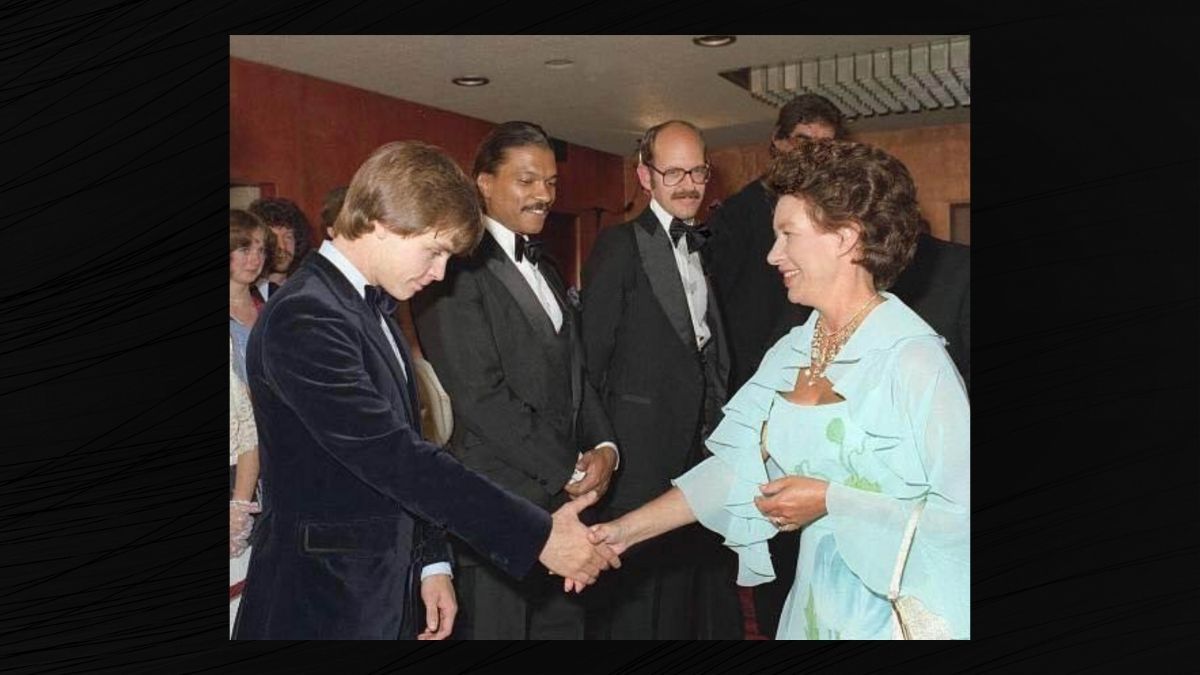 Claim:
Actor Billy Dee Williams pranked Mark Hamill by telling him before a meeting with Princess Margaret that making direct eye contact with a royal was punishable by imprisonment in the Tower of London. This resulted in a photograph in which Hamill can be seen looking down as he meets the princess.
Rating:

While the photograph is real and the actors tweeted at each other recounting Williams’ “prank,” it is unclear whether Hamill was joking or if the prank actually occurred.

The Force was not with actor Mark Hamill in one photograph in which he was shaking hands with Princess Margaret decades ago.

The actor behind Luke Skywalker was caught looking down, apparently avoiding eye contact, as he shook hands with the British royal, during the London premiere of “The Empire Strikes Back” in 1980. In the background, actor Billy Dee Williams who played Lando Calrissian is seen with a grin on his face watching the interaction.

The picture gained prominence back in 2018, when Williams tweeted it, tagging Hamill as well:

Hamill tweeted in response, saying Williams had pranked him during this meeting: “This photo was snapped moments after @realbdw told me that direct eye contact with royalty was an offense punishable by imprisonment in the Tower of London. #Pranked.”

It is not clear if Hamill, who regularly makes fun of his former cast mates and himself, was joking in this case, or if such a prank actually took place, though Williams did “like” Hamill’s tweet.

Other actors, like Carrie Fisher and Harrison Ford, in subsequent pictures did look directly at Princess Margaret when they shook hands.

Given that it is possible that Hamill was joking about his behavior in the photograph, we rate this claim as “Unproven.” If either actor decides to set the record straight, we will update this post.

Previous Article
Next Article
Article 6 of 19 in Collection