What Was the First Full CGI Character? 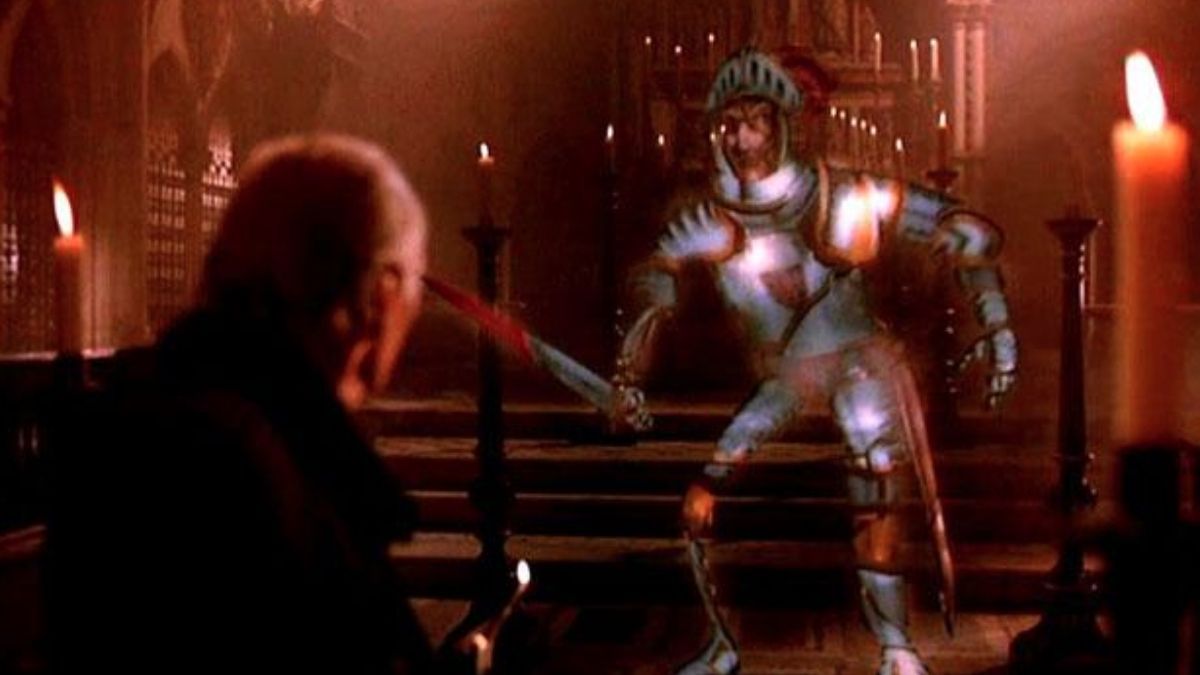 Jar Jar Binks is considered to be the one of first full CGI characters with a major role in a motion picture. However...

On May 13, 2021, comedian Paul Scheer and movie critic Amy Nicholson dissected the 1999 movie "Galaxy Quest" on an episode of the podcast "Unspooled." As the conversation bounced around between the importance of fandoms, Star Trek trivia, and acting abilities of the movie's star Tim Allen, Scheer dropped a piece of movie knowledge while talking about the computer generated images (CGI) in "Galaxy Quest":

"In 1999, when the Phantom Menace is coming out and we have the first fully created CGI character in Jar Jar Binks, which I'm sure also can be disputed because I think there's some line, there's another one that happened before it.... I think the reason why we connect so much with Sarris (the movie's villain) is because he's actually there with them. They can interact with him."

Scheer's hesitation when relaying this factoid about CGI — defined by Studio Binder as "the use of computer graphics to augment or create images in art and media" — was warranted. Although Jar Jar Binks, who was created by George Lucas and his company Industrial Light and Magic, was one of the first CGI characters to receive major screen time in a movie, the first full CGI character actually appeared years earlier in the 1985 movie "The Young Sherlock Holmes." That character, a knight made out of a stained glass window, was also created by Lucas' company:

Filmsite.org writes that this stained glass knight is regarded as the first "fully 3-D digital (or CGI), or computer generated, photorealistic animated character in a full-length feature film." It was also the first computer-animated character to be "scanned and painted directly onto film using a laser."

According to SyFy, it took animator John Lasseter and the LucasFilm Graphics Group (which would later become Pixar) at ILM about 6 months to create this digital swordsman.

Lasseter and his computer animators worked for half a year on this jaw-dropping sequence. To accomplish the wizardry, ILM Modelshop crew member Jeff Mann donned a special costume and was photographed against a grid to provide reference footage for the eventual computer animation. In the above photo, Artistic Supervisor John Lasseter stands with ILM Visual Effects Supervisor Dennis Muren. Employing state-of-the-art equipment (for the time) and working around the clock, the team conjured a clay and glass maquette figure of the phantom knight, which was digitized using a Polhemus Three-Space Digitizer. The resulting geometry was then rendered in vector form on an Evans and Sutherland monitor.

Here's a video of "Young Sherlock Holmes" director Christopher Columbus and animator John Lasseter talking about this CGI knight during a 1986 episode of the BBC's movie review show "Film..." with critic Barry Norman:

Honoring the first CGI character is a bit of a difficult task because it depends a bit on the definition used. In the 1981 movie "Looker," for example, a CGI rendering of a human woman appeared. However, this person did not move or talk, only appeared on a screen inside the movie, and can't accurately be described as "character." In 1982, the CGI character "Bit" appeared in the movie "Tron," but Bit was merely a 3-dimensional shape, not a human-like figure.

If you loosen this definition, you could trace for the first computer generated images back to the 1960s when Soviet mathematician created "Kitty":

If you tighten this definition, you could say that Jar Jar Binks was the first full CGI character with a major role in feature film. You can see some behind-the-scenes footage of the making of Jar Jar Binks in the following video. (One relevant section appears starts at the 40:10 mark):

While there's some debate as to what constitutes a "full CGI character" in a movie, there's no argument that George Lucas and ILM helped pave the way for special FX in movies. Time Magazine wrote in 2010:

When a young filmmaker named George Lucas pitched his idea for a space saga, FOX and most people were wondering how he was going to pull it off. The movie called for more cuts, action sequences and imaginative landscapes that had never been done before. When the studio asked him how he planed to do that, though Lucas had no clue he boldly told them he would figure it out.

“WIth Star Wars I want to do an action picture,” George Lucas said, repeating his original intentions for the iconic film in Creating the Impossible. The Encore documentary, which airs Nov. 12, focuses on the revolutionary special effects company ILM. “I want to do something where I can pan with the space ship. I want to do quick cuts. There’s a lot of rhythm, a lot of pace. There’s a lot of movement on the screen. I want it to be very cinematic, and at that point in time that was impossible.”

To complete this monumental task, Lucas founded his own special effects company to complete the difficult scenes needed in Star Wars. The company was named Industrial Light and Magic, better known as ILM. Over 300 films later, ILM has proven to be the industry leader in special effects, one of the first purveyors of computer generated imagery and the original parent company of animation giant Pixar. From Jurassic Park to Avatar, the company has put their stamp on some of the biggest films of all time.

While this episode of "Unspooled" gave us a nice excuse to dive into the history of CGI, the episode ended with another call for a fact check. When Nicholson relayed a story from actor Alan Rickman about how Tim Allen was a jerk on the set of "Galaxy Quest," saying that he would kick in the doors of the makeup trailer to boast that he was number one on the call sheet, Scheer labeled the late actor Rickman a liar, since makeup trailer doors open outward, not inward.

Rickman, however, is not a liar, and Nicholson is not entirely correct.

This anecdote comes from the DVD commentary of "Galaxy Quest." The story apparently originated with co-star Sam Rockwell, not Rickman, who was agreeing with Allen's assessment that he was purposefully being a jerk on the set.

CheatSheet.com recounted the anecdote in a 2019 article:

“I would annoy these other actors purposely as the character because I think it’s impossibly weird that there are people like this,” Allen said. “There are stars that don’t want extras looking at them. Are there seriously people like that?”

Sam Rockwell played a guest star who finagled his way into the crew’s adventure. He backed up Allen’s story.

Previous Article
Next Article
Article 5 of 19 in Collection