Did the BBC Report on a Nuclear War Between NATO and Russia?

A video simulation of a BBC report about a nuclear war between NATO and Russia was edited and presented as if it were genuine. 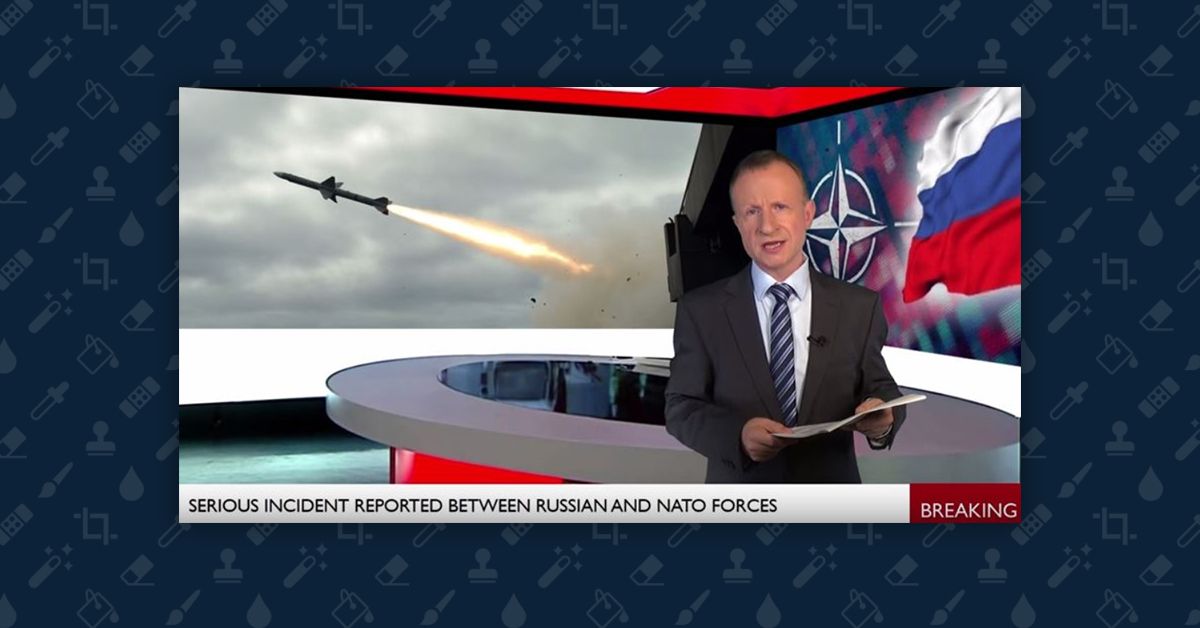 Claim:
A video report from the BBC stated that a nuclear war had started between NATO and Russia.
Rating:

A convincing video purportedly showing a news report from the BBC about a nuclear incident between Russia and NATO forces was widely shared on the messaging service WhatsApp, as well as other social media platforms, in April 2018. The footage has since been removed from video-sharing services such as YouTube, but we've compiled a few screenshots and quotes from the fictional report below: Welcome to the BBC news desk. We have breaking news of a serious incident between Russia and NATO forces near the coast of Latvia.

Although the details are uncertain, early reports indicate that a Russian surveillance aircraft was fired upon by naval vessels of Nato forces."

No such incident took place, nor did the BBC report that one did.

This footage was originally accompanied by a disclaimer labeling it as a "fictional dramatisation."  The video's description reiterated that this report was a work of fiction and implored viewers not to panic:

This is a work of fiction and is not happening in fact. Don't panic.

Serious incident reported between NATO and Russian in Europe - follow live news From the BBC as it happens.

Tensions between NATO and Russia have been growing over the past few years, and the continuing military build-up in the Baltic region is increasing concerns that a serious conflict might be a real possibility. This dramatization depicts one possible scenario. We hope that it shows how fragile our world is, and how quickly it can be changed by military and political decision-makers who do not speak for the tens of millions of people whose lives they may well destroy.

This is a work of fiction and is not happening in fact. Don't panic.

The original video was clearly labeled as a work of fiction. However, most viewers who encountered this footage in April 2018 watched an edited version from which these disclaimers had been removed.

The BBC posted a statement on Twitter to assure viewers that a nuclear war had not started: Actor Mark Ryes was identified as the "BBC reporter" featured in this video. Ryes told the BBC that he had recorded his part in 2016 for an Irish company called Benchmarking Assessment Group, and that the video was designed as a psychometric test:

It was created by a company called Benchmarking Assessment Group as a psychometric test for their clients to see how they'd react in a disaster scenario.

On the original YouTube posting it says very clearly that it's fictional. It doesn't even look like a genuine BBC News report. It was never meant to.

As an actor playing this role, I recorded the video against a green screen. I had no part in the editing or production of the final piece.

This isn't the first time that a disclaimer has been removed from a video in order to make it appear genuine. Of course, these hoaxes typically involve somewhat less serious subjects than nuclear war, such as a clip of a surfer being towed by a shark or this video of a skydiver landing on a trampoline.