Is This Surfer Being Towed by a Shark?

A video purportedly shows a surfer being towed by a great white shark. 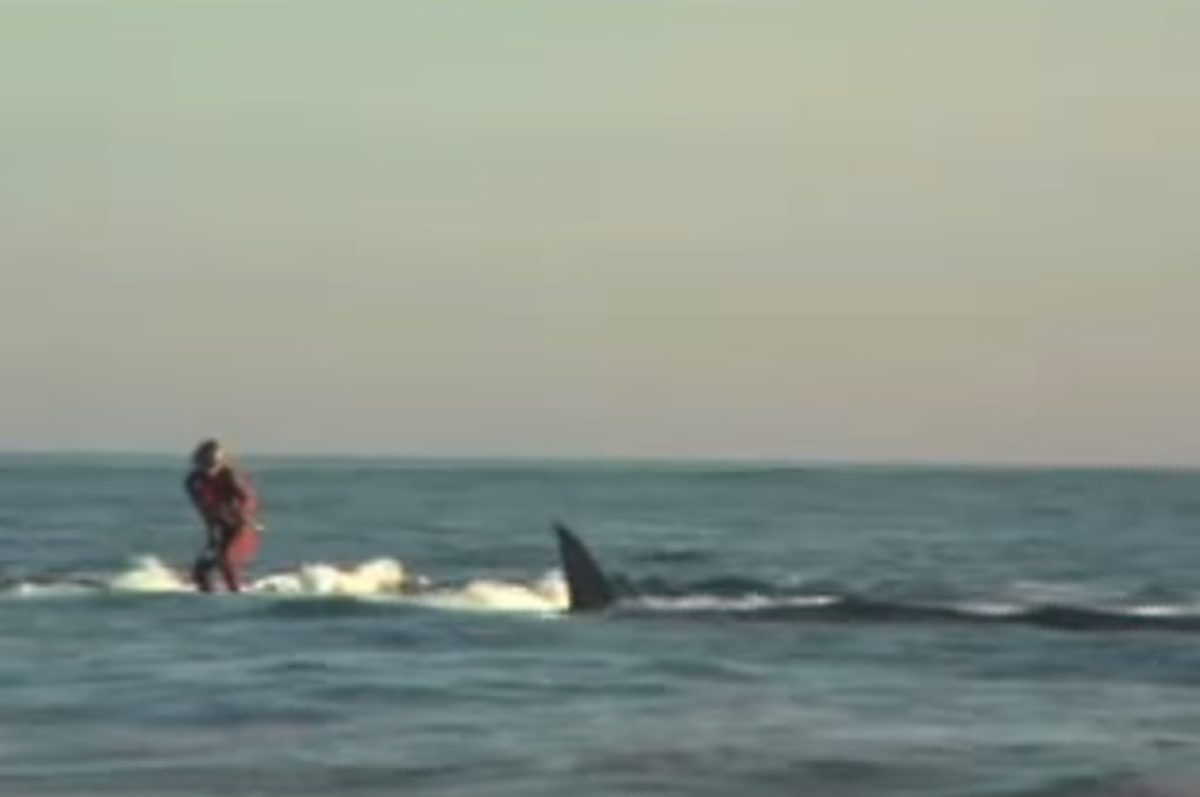 Claim:
A video shows a surfer being towed by a great white shark.
Rating:

In January 2016, a 2008 video purportedly showing a surfer being towed by a great white shark started recirculating online. While this video is frequently shared along with the claim that it features a real incident, the short film is actually an advertisement for the "Notorious" line from Arnette Sunglasses. One giveaway is that the video ends with the "Notorious" logo:

This video was created in 2008 by director Benzo Theodore (born Ben Kaller), and featured surfer Jon Lalanne. While neither have revealed exactly how the video was created, the surfer is probably being towed by a boat with a fake shark fin was placed in the middle of the line. In one section of the video, it appears that the "shark" is swimming in the wake of a boat.

The same director has created several videos in the same vein, which appear at first glance to be authentic:

His ambitious debut, the how'd-they-do-that viral "Sunglass Catch," led to similar fun-loving, playful projects for Levi's and Arnette. "Shark Surfing," for the latter, features a brah getting towed into a wave by a shark, and "Hollywood Jungle," for Levi's, has an orangutan take the bus to a casting call.

Benzo says the voyeuristic, in-on-the-joke feeling of a lot of his work stems from his time on Jackass, shooting video for the TV series and stills on the films. "You have this cameraman that you experience as part of the group," he says. "That's what I brought in, to incorporate the cameraman as one of the guys."

The "Notorious" campaign featured two other videos which initially appeared to be real, but were actually the work of a creative advertising team. The most obvious fake of the bunch is this skateboarding video: