Did a Babysitter Tie a One-Month-Old to a Ceiling Fan for 26 Hours?

A flippant and fabricated article about a genuinely horrific subject is an example of the worst of junk news. 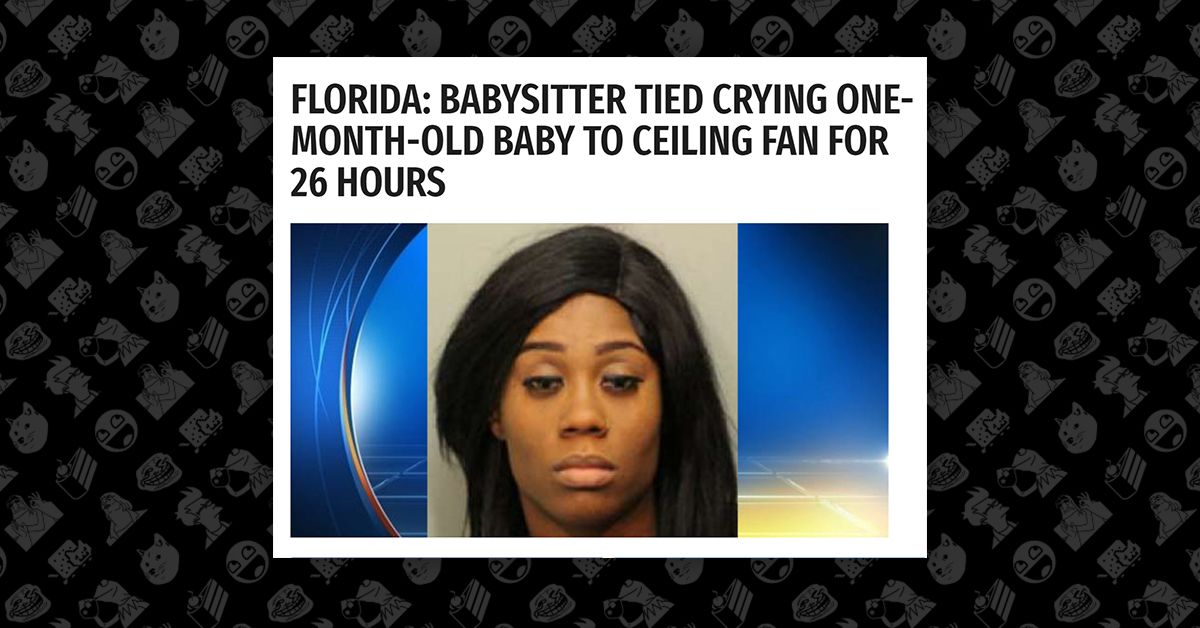 Claim:
Babysitter Nora Jackson was arrested in Florida for tying a baby to a ceiling fan for 26 hours.
Rating:

On 14 July 2018, the World News Daily Report (WNDR) website published an article reporting that a babysitter in Florida who had been arrested after she tied a 1-month-old to a ceiling fan for 26 hours:

A woman has been arrested and charged on multiple accounts of child abuse and neglect after tying a one-month-old baby to a ceiling fan.

Nora Jackson, 28, was contacted and hired on Craigslist to take care of a one-month-old baby after the parents had planned to take a day off.

Parents of the one-month-old child contacted the Orlando Police Department when they arrived at their residence to find their baby had been tied and suspended from the ceiling fan.

There was no truth to this story. The WNDR is a well-known "entertainment" website with a penchant for junk news. The website's disclaimer states that its content is "entirely fictional" and any resemblance to real people or incidents is "purely a miracle."

In addition to its dubious source, this story could also be debunked via its included images. The WNDR article included one photograph purportedly which was purportedly a mugshot of babysitter Nora Jackson, and a second one supposedly showing the arresting officers:

Neither of these images was related to the (fabricated) arrest of an abusive babysitter.

The mugshot was actually taken in 2015 after police arrested several employees at Desyre's Gentlemen's Club in Houston on various charges, including prostitution and gambling. The image of the officers was taken from a June 2016 New York Times article about the aftermath of the June 2016 shooting at the Pulse nightclub in Orlando which left nearly 50 people dead.