Can 9-Volt Batteries Cause House Fires?

A rumor holds that improperly stored or discarded 9-volt batteries can touch off house fires. 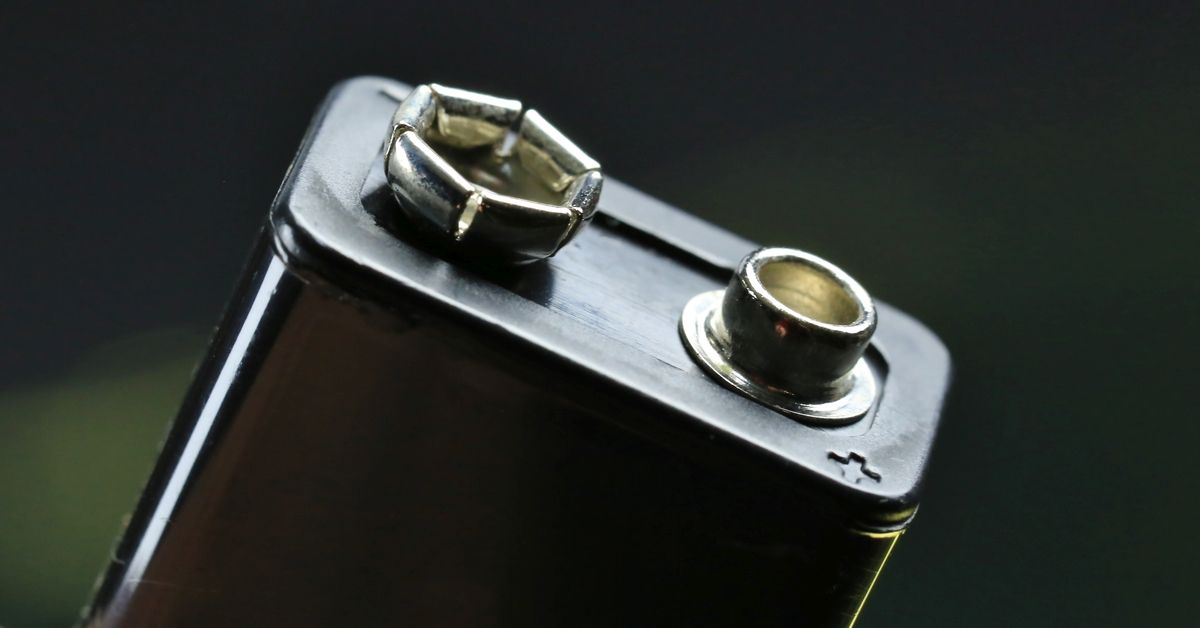 In early 2014, the infotainment program Inside Edition aired a segment about the dangers purportedly posed by 9-volt batteries, focusing on a house fire reportedly touched off when improperly discarded batteries ignited inside a paper bag and started a fire that substantially damaged a family's home.

The clip, embedded above, explained 9-volt batteries are sometimes used to intentionally ignite kindling with relative ease (usually in conjunction with steel wool); but the focus of the segment was the supposed risk posed by 9-volt batteries that have been stored or thrown away and the circumstances under which they might touch off fires.

Our newsroom also came across similar examples, including the one below:

A new e-mail rumor indicates that 9-volt batteries may cause a fire if short circuited. This seems plausible, except: I short circuited 2 batteries (fully charged), together, (minus to plus and plus to minus, simultaneously) and the batteries demonstrated a temperature rise barely sufficient to detect with the bare finger, let alone cause a fire.

Likewise, making a "loose" connection to cause a spark is nearly impossible.

I suspect this is someone's "worry" rather than an actual fact.

My question is: Is there enough energy in a 9-volt battery to start a fire? If so, how?

Two incidents involving damage to homes due to suspected 9-volt battery fires have been widely reported. In the segment displayed above, a Colorado family's house was said to have caught fire due to 9-volt batteries that jostled inside a paper bag intended to be disposed in the trash. The homeowner, Dave Miller, first shared his tale with Kansas City station KCTV in January 2014 (although the date of the fire was not provided).

In July 2012, a New Hampshire family sustained fire damage to their home following the unintentional ignition of 9-volt batteries stored in a junk drawer. The New Hampshire Department of Safety's Fire Division published a warning in August 2012 about 9-volt battery safety in response to the incident, and even before that blaze EHS Safety News America had cautioned:

If you are storing loose 9 volt or AA or other batteries in a kitchen drawer or a "junk" drawer in your home, watch how you store them. Above all don't store them loose and rolling around with other metal, glues, and more of the lovely mix of things we keep in our junk drawers.

All you need to have happen is for a metal object like steel wool or a paper clip short out across the top of a 9 volt battery and ignite paper or other easily ignited materials and you'll have a potential disaster in your home:

I speak to 50-60 people at a time about fire safety in the home on a monthly basis. I get the same reaction from every group when I hold up a 9 volt battery and announce that it is a fire hazard and it could burn down your house.

They all kinda look at me funny, as if to ask, "Did you just say a 9 volt battery could burn down my house?" That look is almost comical.

Q: Where do you store your batteries?

I then hold up a brillo pad (just one example).

Q: What do you do with the batteries when you are done with them?

A: Throw them in the trash.

A 9 volt battery is a fire hazard because the positive and negative posts are on top, right next to one another. If this comes in contact with anything metal (aluminum foil, brillo, etc.) it will spark, and if there is a fuel for this spark you will have a fire. (Fire needs heat, fuel and oxygen to burn.) To test this theory, put a 9 volt battery or a couple of AA batteries in your pocket with some loose change or your key chain full of keys. This will bring on a whole new meaning to the words "hot pants."

Widespread circulation of videos about fires caused in this manner has created the false impression such fires are common or "on the rise," but that does not appear to be the case. According to the most recent statistics cited by the National Fire Prevention Association (NFPA), 9-volt batteries are not one of the ten most common causes for house fires [PDF]. Cooking, heating, and lighting equipment top the list, with arson, "smoking materials", washers and dryers, candles, and "playing with heat source" rounding out the rest. Although cooking and kitchen fires generally caused more destruction, smoking was linked to a higher risk of death in the event of a fire.

The NFPA advises specific handling and disposal protocols be adhered to when storing or discarding 9-volt batteries in order to minimize the possibility of their igniting and causing fires in rare conditions when they are stored with other batteries or objects composed of metal: