Is This a Real Photo of an Airplane and a Train on a Runway?

We tracked down the original picture and found that it featured a plane, a train, and an automobile. No sign of Steve Martin or John Candy, though. 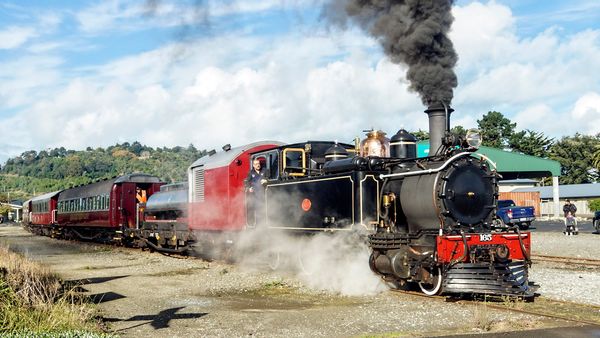 Claim:
A picture shows a train on an airport runway with an airplane nearby.
Rating:

In March 2021, an online advertisement appeared to show an airplane and a train on an airport runway with steam pouring out of the train's engine. The caption of the ad may have led readers to believe that the plane was about to hit the train. It said: "17 Airports With the Most Dangerous Landings in the World." The online advertisement in question.

It had all the makings of being a misleading photo. First, it was in an online ad, which often is not the most reliable source of facts. The shadows looked too perfect. The light was bright and sunny. The grass was green and pretty. Perhaps it was from a flight simulation video game?

However, the photograph is real. The simple truth is that New Zealand is just a beautiful country.

It was photographed at Gisborne Airport in Gisborne. Reddit user u/tuneznz posted the picture to r/aviation and Imgur in 2013:

We contacted u/tuneznz, who told us where we could find more information. A caption appeared on page 19 in a 2014 issue of Vector magazine, a publication about aviation: "A Grumman TBF Avenger waits on runway 32 while Gisborne City Vintage Railway's train, headed by the 1897 locomotive WA 165 crosses in its path. Gisborne Aviation Preservation Society Open Day. 2 June 2013."

The airplane in the photograph was not in motion at the time. Reddit user u/tuneznz told us it was parked with wheel chocks. The 2014 story from Vector shed light on the history of Gisborne:

Air traffic controllers at Gisborne Airport say pilots on approach should not be alarmed by the absence of the long-established signals telling them a train is about to cross the runway.

For the past 20 years, horizontal red flashing lights on large white boards adjacent to the sealed north-south runway at Gisborne Airport have warned pilots a train crossing was imminent and the runway was closed.

Both sets of lights have now been mothballed.

Featuring in a number of websites dedicated to the "world's strangest airports," it's believed the rail line was established well before local authorities decided in the mid-1940s the site was also the best for an aerodrome.

Air traffic controllers have always had to juggle train crossings and aircraft landings, although since KiwiRail scrapped its Gisborne-Napier service, the only trains now using the runway crossing belong to the local vintage train club.

According to u/tuneznz, the photograph rights appeared to belong to The Gisborne Herald, a New Zealand publication.

The original advertisement led to a Forbes story about airports where it may be dangerous to land aircraft.

In sum, a picture of a train crossing in front of an airplane on a runway was real. For that reason, we have rated this story as "True."

March 2, 2021: This story was updated to remove a mention that the photograph in question was captured from an air traffic control tower.