Generally speaking, phones have been found to emit levels of radiation that aren't likely to be harmful to human health. 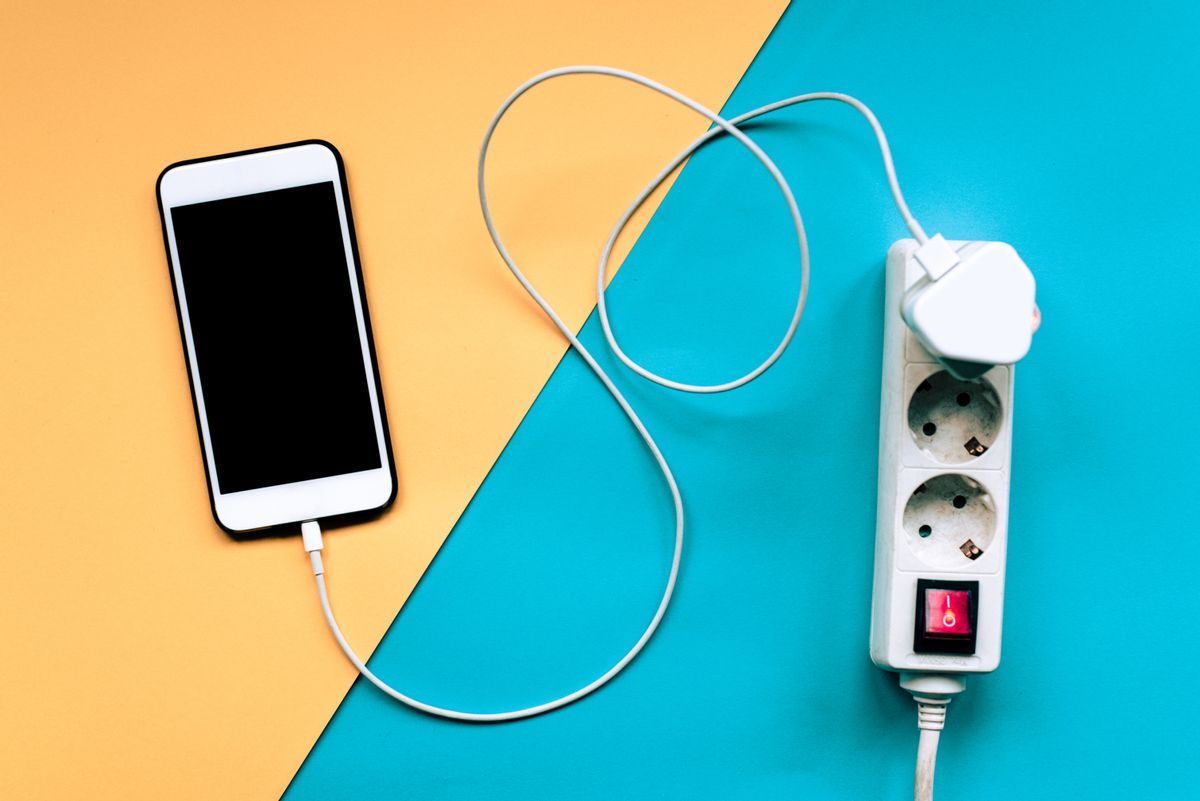 Several videos on social media circulating in August 2022 suggested that cell phones “become a transmitter” of radiation when plugged into a charger, and if a person is to use their phone while the cell phone is charging, they are at an increased risk of exposure.

These videos, which were shared on TikTok, Facebook, and YouTube, showed what appears to be a voltage sensor measuring the amount of supposed radiation emitted by cell phones when they are plugged into chargers compared to when they are not. One particular video posted on YouTube showed a man near a child holding a plugged-in phone, and the voltage stick glowed red when it was pressed against his skin, reported Poynter. This video prompted social media users to post queries online, including Snopes readers who asked our team to investigate the claim.

We found that these videos appear to be legitimate, and we have no reason to believe that they were doctored in any way. However, they are misleading. While there is evidence to suggest that exposure to cell phones may pose some risk to human health, and that cell phones plugged into walls could emit more electromagnetic waves, it is also true that any device plugged into an electrical outlet would produce a similar result.

Voltage sensors, or voltage sticks, measure a device’s voltage, or electric field. In theory, any electric device, including household appliances, would emit some level of electromagnetic field (EMF).

“Electric and magnetic fields are invisible areas of energy (also called radiation) that are produced by electricity, which is the movement of electrons, or current, through a wire,” wrote the National Cancer Institute.

“An electric field is produced by voltage, which is the pressure used to push the electrons through the wire, much like water being pushed through a pipe. As the voltage increases, the electric field increases in strength. Electric fields are measured in volts per meter (V/m).”

As the international news agency Agence France-Press reported, the video of the child holding the phone doesn't tell the whole story. Any device plugged into a charger will cause a voltage stick to respond — not just cell phones.

“The video is grossly misleading,” Andrew Wood, chair of the the Department of Health and Medical Sciences at Swinburne University of Technology in Melbourne, Australia, told AFP. He added that “any cable with a connection to the mains (and not connected to any appliance) would do the same.”

Eric Yeatman, the head of the Electrical and Electronic Engineering department at Imperial College London, also confirmed this to the news publication.

“A phone charger has a unit at the wall end that converts dangerous mains voltage to harmless low voltage DC which travels along the lead and into your phone,” he said, adding that a “tiny amount” of frequency may be picked up by a voltage stick, but that’s “generally harmless.”

It’s a similar amount of electromagnetic energy one might be exposed to when using a blender plugged into the wall, for example. Yeatman added that cheap or knock-off chargers emit leak higher levels, but likely not enough to be harmful.

Inconclusive: The Effect of Cell Phone Use on Human Health

While there is not enough substantial scientific evidence to determine whether using a cell phone causes cancer, it is known that cell phones use radio frequency radiation to send signals, but according to the Centers for Disease Control and Prevention (CDC), it's a different kind of radiation than that used in other applications such as X-rays, which can be harmful. The U.S. Food and Drug Administration (FDA) also concludes that over 30 years’ of scientific evidence “has not linked cell phone radio frequency with any health problems."

While the video in question is misleading, there is evidence to suggest that cell phones may emit varying degrees of electromagnetic waves depending on battery charge and how the phone is being used. One study published in 2019 assessed the effect of battery charge on electromagnetic radiation emitted by a phone by measuring power density emitted by phones when they were calling, being called, and being used during a phone call. Researchers found that cell phones do emit varying degrees depending on how and when they are being used. When calling, maximum electromagnetic waves were seen at 1% battery charge, and also while the phone was being charged.

A 2018 study found that mobile phones emit electromagnetic radiation in the frequency range of 880 to 2200 Hertz, which can be absorbed by the human body. That study also found that men who talk on the phone when a battery is charging have a higher-than-normal (66%) sperm concentration — but that finding didn’t account for phone model, antenna type, network connection, and other variables.

The type of phone used will also affect the levels of radio frequency energy emitted. Cell phones that are 2G, 3G, and 4G emit in the range of 0.7 to 2.7 gigahertz (GHz). Fifth generation (5G) cell phones are thought to emit up to 80 GHz, according to the National Institute of Cancer.

“These frequencies all fall in the non-ionizing range of the spectrum, which is low frequency and low energy. The energy is too low to damage DNA. By contrast, ionizing radiation, which includes X-rays, radon, and cosmic rays, is high frequency and high energy,” wrote the agency.

“Energy from ionizing radiation can damage DNA. DNA damage can cause changes to genes that may increase the risk of cancer.”

How To Protect Against Exposure

By and large, cell phones are a new enough technology — and one that keeps evolving — that wide-scale, long-term studies and scientific understanding are bound to lag behind and leave room for concern. In 2011, the International Agency for Research on Cancer reported that even the non-ionizing radiation emitted by mobile phones was given a rating that suggests it could be a "possible cause of cancer," noted the U.K. Ministry of Health.

Concerned about exposure? Experts recommend limiting the time spent talking on the phone and to use hands-free devices when possible. Radiation also increases in areas with weak reception, so it is recommended to make fewer calls when in poorer service.

“Does My Phone Emit More Radiation While Charging When I Use It?” Quora, https://www.quora.com/Does-my-phone-emit-more-radiation-while-charging-when-I-use-it. Accessed 18 Aug. 2022.

Dutcher, Carly. “No, Using Your Phone While It’s Charging Won’t Send Electric Waves through Your Body.” Poynter, 25 May 2021, https://www.poynter.org/tfcn/2021/no-using-your-phone-while-its-charging-wont-send-electric-waves-through-your-body/.

How Does a Volt Stick Work? https://voltstick.com/how-to-av/videos-and-blogs/how-does-voltstick-work#:~:text=Volt%20Sticks%20detect%20voltage%20by,the%20principal%20of%20Capacitive%20Coupling. Accessed 18 Aug. 2022.

Is It Safe to Use Your Phone While It’s Charging? www.youtube.com, https://www.youtube.com/watch?v=I6aaYJj3W9I. Accessed 18 Aug. 2022.

Correction [Aug. 19, 2022]: A previous version of this article erroneously said the radio frequency radiation used in cell phone technology is similar to that of X-rays. The opposite is true.