Snopestionary: What is the ‘Black Sheep Effect’?

On social media and in life, many tend to treat deviating members of their own groups more harshly than outsiders. 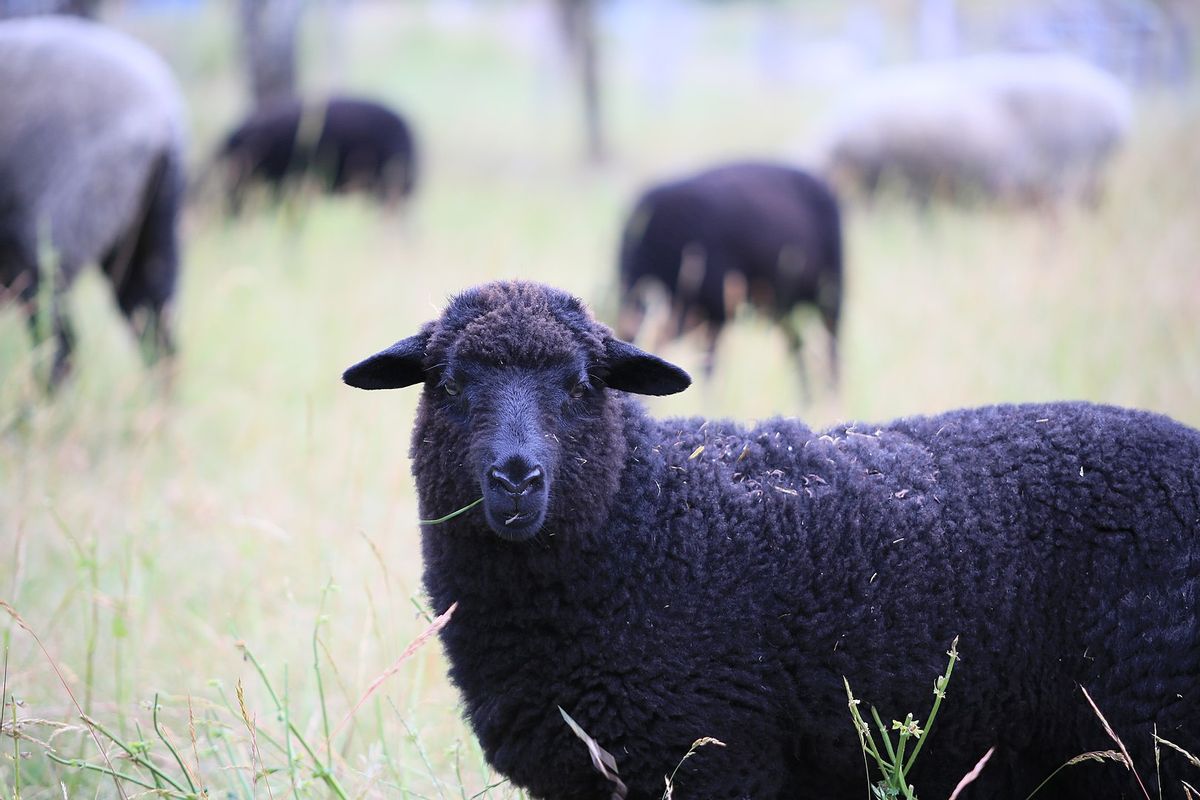 Despite many advances toward gender equality in recent centuries, the social phenomenon of women tearing each other down in competitive male-dominated settings persists. The same issue — people with similar identities, values, or goals treating each other with more harshness than members of other groups — occurs in other arenas of life, too, such as American politics and social media threads. This dynamic can sometimes be characterized as the “black sheep effect."

According to the American Psychological Association, the black sheep effect is “the tendency to evaluate a disreputable or disliked person more negatively when that person is a member of one’s own group rather than of some other group. [...] the black sheep effect is explained by social identity theory: People respond negatively to those who act in ways that threaten their group’s identity, particularly when they affiliate strongly with their group.”

So how could this concept apply to women in competitive environments? Laurie Rudman, a professor of psychology at Rutgers, researched the matter, as described in a 2017 Atlantic report:

When women do slip outside the lines and behave assertively, other women are sometimes the ones who blast them for it. In one series of studies, Rudman asked participants to pick teammates for a round of computerized Jeopardy. They could choose among insecure and confident men and women. A cash prize was offered, so it behooved the participants to pick someone competent. But while the confident contestants of both genders were seen as more capable than the insecure ones, the female participants were nonetheless torn between the insecure woman and the confident one.

Rudman described this outcome as a sign of “the black-sheep effect, in which people are harder on rule-breaking members of their own group than they are on the deviants of other tribes.”

The black sheep effect goes beyond rivalry between women. A 2010 study in The Journal of Social Psychology, written by researchers at Missouri's Drury University and Indiana University Bloomington, used students from sororities and fraternities as test subjects and asked them to evaluate high- or low-quality essays written by “ingroup” and “outgroup” members. The study found “[although] ingroup favoritism is a robust effect, there are notable exceptions.” The study proposed that “perceived entitativity [defined as] the degree to which a group is viewed as a unified social entity,” would explain ingroup derogation, or the exceptionally harsh treatment of insiders.

The study concluded that the more each group considered itself a unified social entity, the harsher it was to low-performing members. The study did note that such harsh treatment would occur if people felt the deviating member of the group actually posed a threat to members' sense of self:

The high perceived entitativity sorority and fraternity chapters have a large impact upon the members’ social identity (and potentially their self-esteem). The possibility of the poor performance being seen as typical for the ingroup presumably posed a great threat that individuals countered using the black-sheep effect. [...]

Branscombe et al. (1993) found that disloyal group members were evaluated harshly, especially when they were evaluated by fellow ingroup members. Given the potential costs associated with denigrating an ingroup member, we argue that individuals must feel a real and meaningful threat to the self before engaging in such behavior.

This behavior can extend to social media, which is rife with partisan groups. In a 2021 report “Hostile Media Perception on Twitter: The Effect of Mediated Social Identity Cues on Biased Perception,” University of Alabama and University of Florida researchers considered the controversial issue of arming school teachers in light of school shootings. The report sought to answer the questions: “1) Will highly biased participants on both sides show a biased perception when presented with an article that is neutral on the topic, and 2) Will the identity of commenters that signal social identity groups affect participant reception and response to the article?”

The black sheep effect came into play when participants were exposed to online comments within their social group; they began exhibiting more bias and judging ingroup comments more harshly. “Ingroup members are often vigilant of the normative behaviors of other members such that deviance is perceived as a threat. Online incivility may be viewed as non-normative, generating a harsher response to ingroup commenters who threaten group distinctiveness [...]."

The black sheep effect has shaped American politics, too. For example, Wyoming U.S. Rep. Liz Cheney, a Republican, was once a shoo-in for reelection for the August 2022 primaries. But, after spearheading the GOP resistance to former President Donald Trump, she lost her primary race to her Trump-endorsed opponent. Philosophy Professor Robert B. Talisse of Vanderbilt University described the “toxic” impact of this behavior on the GOP, as well as American democracy:

As the group becomes more homogeneous, it also becomes more vulnerable to the Black Sheep Effect, the tendency for individuals to dislike lapsed or deviant members of their own group more intensely than they dislike members of rival groups. Polarization makes cross-partisan relations toxic, but it also poisons relations among allies.

So Cheney’s political fate is no puzzle.

[...] The divide, rather, is a matter of loyalty to a partisan identity that has Trump at its center, and the corresponding need to punish those who refuse to comply with his wishes.

Ironically, Cheney’s determination to uphold the Constitution and the rule of law may be her undoing among Republican voters.

Do You Inadvertently Participate in the Black Sheep Effect?

While the black sheep effect is sometimes seen as protecting a perceived social identity, it is often exclusionary, alienating, and harmful to people from historically disenfranchised groups.

Notice the ways you interact with your close social groups, particularly ones where you identify closely with others based on your politics, gender, ethnicity, and other key identifiers. Observe your reaction to a member of your group expressing contrarian views and see if it is harsher than when you see a member of a vastly different group doing the same. Is your reaction a way of protecting the identity and cohesion of your group, or a form of individual self-preservation?

Previous Article
Next Article
Article 3 of 28 in Collection