Marijuana Edibles, Halloween Candy, and a History of Hysteria

We didn't find a single case of a person purposefully giving children marijuana edibles on Halloween in an attempt to harm them. 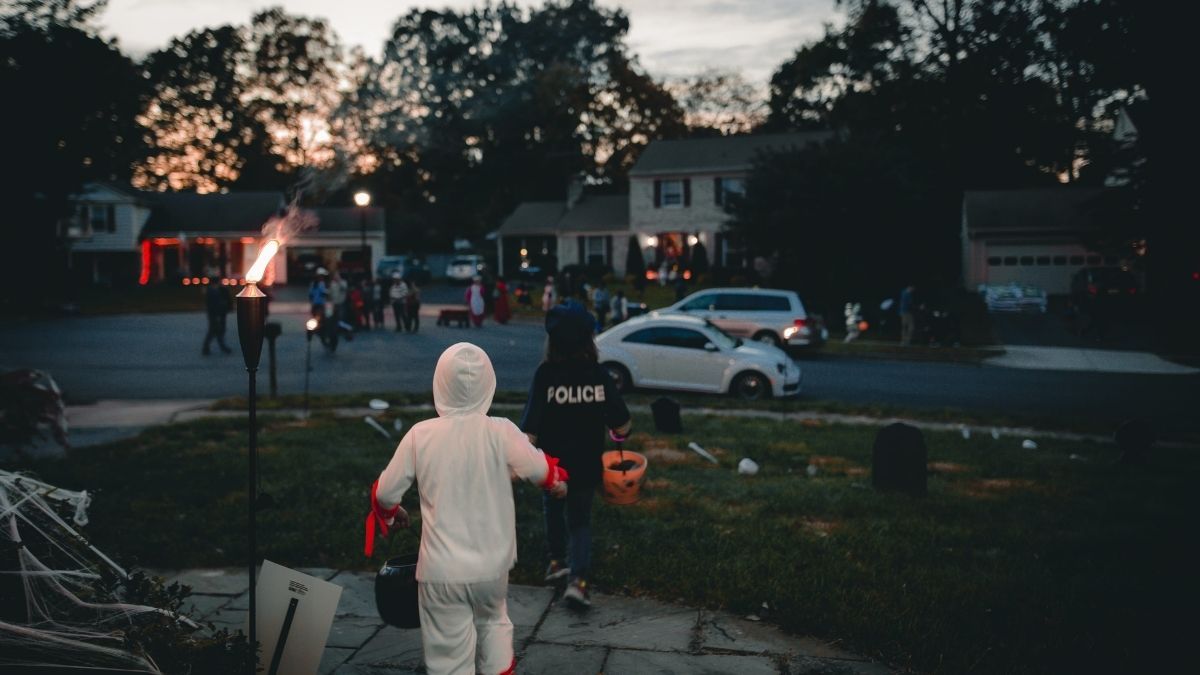 As the Halloween holiday approached in 2021, a police department in Pennsylvania warned parents to be on the lookout for marijuana edibles in their children’s trick-or-treat candy haul. According to the ABC News affiliate WPVI-TV, the warning came on the heels of a traffic stop that resulted in the confiscation of a few marijuana edibles that looked similar to common candies and snacks.

"Unfortunately, there's a lot of sick and evil people out there, and this is the world we live in ... Who knows where these things could have wound up. People think they're funny, and they're going to put them in Halloween bags and not realize you could have a child now that could have a reaction to it."

This warning — that parents should check their children’s Halloween candy because strangers may intentionally be trying to harm them with marijuana edibles disguised as Sour Patch Kids, Cheetos, and SweeTarts — has been repeated by parents and police stations across the country since at least 2010.

But is there any truth to these rumors, or is this just another Halloween urban legend? In this article, we'll take a look at how these rumors started, and try to determine if children are really in danger of eating tainted candy on Halloween.

Throughout their history, marijuana edibles have largely been homemade concoctions, starting around 2000 B.C., when cannabis, deemed one of five sacred plants in The Veda, was mixed together with nuts and spices to make a drink called Bhang. Edibles first gained popularity in the United States in the 1960s, thanks in part to a “Haschich Fudge” recipe that was published in “The Alice B. Toklas Cook Book.”

Chowhound described Toklas’ recipe as a “raw granola bar made with black peppercorns, nutmeg, cinnamon, coriander, de-stoned dates, dried figs, shelled almonds, peanuts, and sativa cannabis, which is pulverized and combined with a cup of sugar dissolved in a large serving of butter.”

Edibles have come a long way since that raw granola bar, but when California became the first to legalize medical marijuana in 1996, the edible was still largely relegated to baked goods and tinctures that could be added to tea. In other words, products that couldn’t be mistaken for Halloween candy.

But by 2010, medical edibles (dubbed medibles) were being advertised in newspapers. 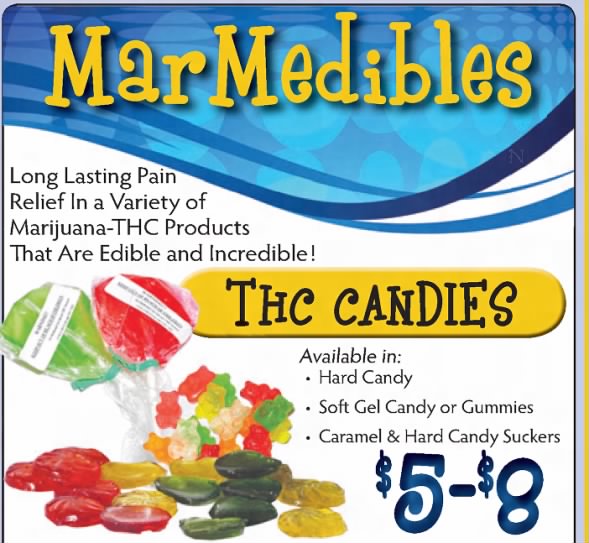 And as these first marijuana candies appeared, so did warnings that unscrupulous candy givers would be handing them out on Halloween in an attempt to harm children. In October 2010, after the Los Angeles Police Department confiscated various THC-infused candies and snacks from local dispensaries, and a few days before the city voted on legalizing marijuana (which did not pass at the time), the police issued a warning that these marijuana edibles could get mixed up in unsuspecting children's Halloween candy.

We searched for cases of children accidentally eating marijuana edibles that were slipped into the Halloween candy for every year since 2010, and while we found multiple warnings during this timeframe, we didn't find a single case of a person purposefully giving children marijuana edibles in an attempt to harm them.

Joel Best, a professor of sociology and criminal justice at the University of Delaware, said:

"Children are not at risk for contaminated treats ... For one thing, edible marijuana products are very expensive and this would be a very expensive prank."

"My research stretches back to 1958 ... I have been unable to find any evidence that any child has been killed or seriously injured by a contaminated treat picked up in the course of trick-or-treating."

Halloween candy has been the subject of dozens of rumors over the years. This rumor, in many ways, is simply a rehashed version of an urban legend that stretches back decades when parents feared that unsavory characters might slip poison into their holiday treats.

This urban legend reappears in a new form from time to time. In 2000, police worried that drug-laced suckers were being given to children, in 2015, rumors circulated that people were placing ecstasy-laced candy in Halloween bags, and in 2019, people feared heroin that was disguised as SweeTarts.

These urban legends can generally be traced back to a case in the 1970s when a father was convicted of murder after they added cyanide to Pixie Stix and then placing them with his son's Halloween candy. 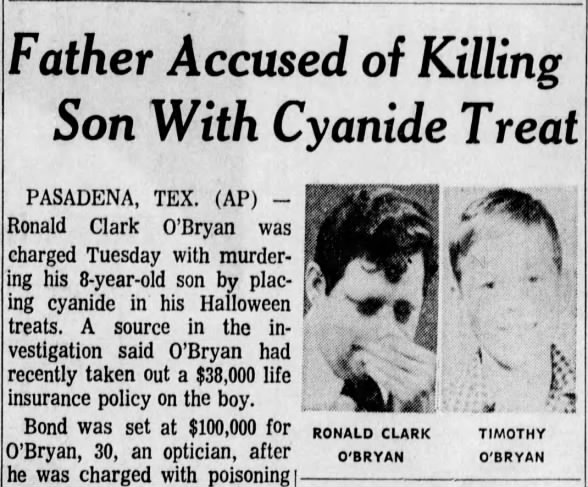 You can read more about some of the stories and hoaxes in our previous article, Poisoned Halloween Candy.

A Morsel of Truth?

During our research, we found only two cases that somewhat resembled this rumor, although neither case involved an ill-intentioned neighbor intentionally drugging a child.

In 2019, police in Nova Scotia reported that a parent had found a cannabis edible in their children's candy. The police report does not provide any information about how the edible got into the candy or even whether or not the edible contained TCH (no testing on the product was done). The report also states that that this child was trick-or-treating in a group but no other child in this group received such a product. Lastly, the child never ate the candy.

In other words, there's no evidence that this marijuana edible was intentionally placed in a child's Halloween candy in an attempt to harm them. We reached out to the Royal Canadian Mounted Police but have not heard back. As far as we can tell, nobody was ever arrested over this incident.

In 2018, five children in Arizona were sickened after a 12-year-old accidentally brought marijuana gummies to school. While these drugs reportedly came from a family's bowl of Halloween candy, this incident took place in February (four months after the holiday) and it's not clear how the drugs got in the bowl.

An Increase in Accidental Poisonings

While we were unable to find a single instance of a stranger intentionally attempting to drug a child by handing out marijuana edibles on Halloween, there have been instances of children accidentally consuming marijuana edibles.

Julie Weber, the American Association of Poison Control Centers' Board President and Managing Director of the Missouri Poison Center, told us that the "accessibility of these edible products" has lead to an increase in incidents of children mistakenly eating a marijuana edible. These incidents, however, are not isolated to Halloween.

“Incidents of children mistakenly ingesting marijuana edibles are increasing. Often, edible forms of marijuana can look like treats: baked goods, beverages, or candies. Young children may not know the difference between a candy gummy bear and a marijuana edible. It is the accessibility of these edible products in the home leading to the increase in exposure noted by the US poison centers. This increase in cases has been identified as more states legalize the use of both recreational and medical marijuana. The increased exposure cases are not isolated to Halloween.

One misconception that stems from this rumor is that marijuana edibles are indistinguishable from regular candy. But that's not the case.

While states set their own laws in regards to how to sell and package marijuana products, generally speaking, legally purchased marijuana products are required to have labeling that identifies their THC content and also must be packaged in child resistant packaging.

Leafly, a marijuana news website, writes: "Proper cannabis labeling and packaging is a crucial component to staying in compliance with state guidelines. Cannabis companies must ensure that their packages are tamper-proof, child-proof, and within accordance of their local laws."

Are Strangers Giving Marijuana Edibles to Kids on Halloween?

We have not been able to find a single incident of a child eating a marijuana edible that they were given by a nefarious stranger on Halloween. While marijuana edibles can truly resemble candy, and while there have been cases of children mistakenly eating marijuana edibles, these cases typically involve parents or other family members who left their stashes within the reach of children, and not random strangers who are out to do their children harm.

Or, in Halloween parlance, the danger is coming from inside the house.

“A Brief History of Edibles and Why They’re Here to Stay.” Spoon University, 16 Sept. 2015, https://spoonuniversity.com/lifestyle/brief-history-edibles-theyre-stay.

Chowhound. “A History of Weed Cookbooks from Alice B. Toklas to High Times—and Beyond.” Chowhound, https://www.chowhound.com/food-news/226956/history-of-weed-cookbooks-alice-b-toklas-to-high-times/. Accessed 21 Oct. 2021.