Twitter owner Elon Musk tweeted that a car carrying his son was allegedly followed by a "crazy stalker" in Los Angeles. Here's what we know. 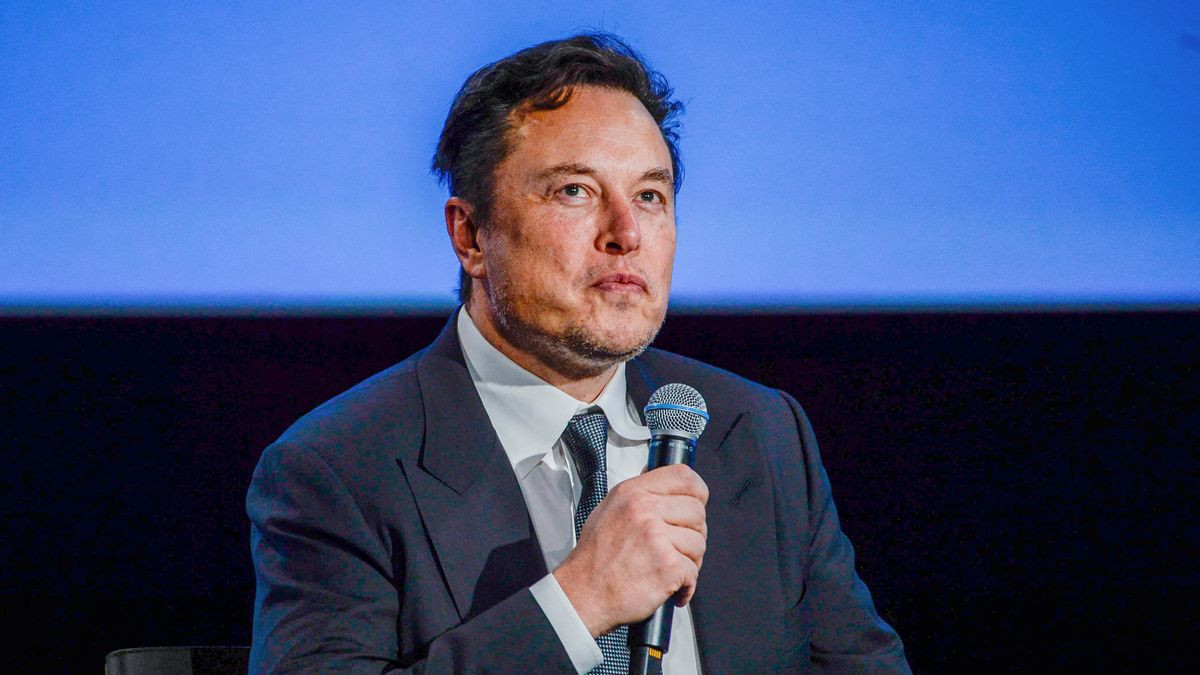 On Dec. 14, 2022, Twitter owner Elon Musk tweeted that his son, who is named X Æ A-12, had been stalked the night before by a driver in Los Angeles. He blamed a man named Jack Sweeney, the owner of the Twitter account @elonjet, who had tracked Musk's private jet and posted its present whereabouts in real time. This information purportedly provided the location to the person named in Musk's tweet to be a "crazy stalker."

Sweeney's jet-tracking account and his personal account were both banned following Musk's allegations of the incident in L.A.

In this story, we'll lay out everything we know about the allegations of stalking and "doxxing," as well as other developments that occurred as a result of this news.

Musk's Dec. 14 tweet read, "Last night, car carrying lil X in LA was followed by crazy stalker (thinking it was me), who later blocked car from moving & climbed onto hood." He added, "Legal action is being taken against Sweeney & organizations who supported harm to my family."

Musk tweeted a video of the alleged stalker, who was driving a Hyundai-brand car.

On Dec. 15, the Los Angeles Police Department (LAPD) issued a statement saying that no crime reports had been filed yet. We independently confirmed that the LAPD statement was still accurate as of Dec. 16.

The statement read, "LAPD's Threat Management Unit is aware of the situation and Tweet by Elon Musk and is in contact with his representatives and security team. No crime reports have been filed yet."

Merriam-Webster defines the word "dox" as, "to publicly identify or publish private information about (someone) especially as a form of punishment or revenge."

A common understanding of doxxing is when a list of someone's personal information is published online, including known physical addresses where the person might live and work, as well as phone numbers, email addresses, and sometimes even the same details about family members and close friends.

In a series of tweets, Musk asked users what the account punishment policies should be for doxxing. "What should the consequence of doxxing someone's real-time, exact location be? Assume your child is at that location, as mine was," he tweeted.

One of the discussion points on Twitter that resulted from all of this news was whether Sweeney's tracking of Musk's jet used publicly available information to do so.

"My plane is actually not trackable without using non-public data," Musk tweeted.

Podcaster Tim Pool tweeted that Sweeney "was not posting public information" when he published the location of Musk's private jet. "Elon had a 'PIA' which seeks to protect the privacy of entities using private aircraft," Pool said. Musk concurred, replying to Pool with, "Correct."

According to the U.S. Federal Aviation Administration (FAA) website, "PIA" referred to Privacy ICAO Address programs, which "enable interested aircraft owners to request an alternate, temporary ICAO aircraft address, which will not be assigned to the owner in the Civil Aviation Registry (CAR)." ICAO is an acronym for the International Civil Aviation Organization.

Pool also claimed that one past tweet from Sweeney, which we archived, showed that he had "bragged" he could "write software" to get around the location privacy that was purportedly afforded to Musk's jet by the FAA program.

We reached out to Sweeney and the FAA to clarify these matters. In an email to the FAA, we showed them the claims in Pool's tweets. The FAA provided only this in a statement: "A flight can be tracked in ways such as a Freedom of Information Act request, flightradar24.com, flightaware.com, liveatc.com, ADSB Exchange, or a frequently departed airport." We did not receive a response from Sweeney.

On the night of Dec. 15, several journalists also were banned from Twitter, all of whom had either recently reported or tweeted about Musk (many were reinstated Dec. 17).

CNN journalist Donie O'Sullivan was one of the reporters who was permanently suspended. O'Sullivan had previously published the LAPD statement on Twitter prior to being banned.

Musk tweeted on the same evening, "Same doxxing rules apply to 'journalists' as to everyone else." He followed up that tweet by claiming, "They posted my exact real-time location, basically assassination coordinates, in (obvious) direct violation of Twitter terms of service." As The Associated Press noted, Musk provided no evidence for this claim.

Reuters reported that Twitter had updated its policy on Dec. 14 that prohibited the sharing of "live location information." According to the relevant section of the policy page, this included "information shared on Twitter directly or links to 3rd-party URL(s) of travel routes, actual physical location, or other identifying information that would reveal a person's location, regardless if this information is publicly available."

The reporting also shared more information about other journalists who received bans on the same night as O'Sullivan.

Mac recently posted a number of Twitter threads on the @elonjet suspension and interviewed Jack Sweeney, the 20-year-old operator of the account.

A spokesperson for The New York Times called the suspensions "questionable and unfortunate. Neither The Times nor Ryan have received any explanation about why this occurred. We hope that all of the journalists' accounts are reinstated and that Twitter provides a satisfying explanation for this action."

CNN said it had asked Twitter for an explanation on the suspensions and would reevaluate its relationship with the platform based on that response.

On the evening of Dec. 15, Musk participated in a Twitter Spaces audio discussion in which some journalists who had been banned were still able to participate, apparently due to a bug. During the discussion, banned journalist Drew Harwell with The Washington Post confronted Musk about the developments.

The moment was recorded and uploaded in a tweet by @ForeverEversley.

After being banned, O'Sullivan said in an interview on CNN that he had not posted the live location of Musk's jet, but had simply tweeted "stories about what was happening" in relation to Sweeney's accounts being shut down.

"I think the bigger issue here is, of course, this is supposed to be the guy who is the free speech absolutist," O'Sullivan added.

Musk previously referred to himself on Twitter as a "free speech absolutist." He also tweeted several times before taking over Twitter as its owner in regard to wanting to welcome free speech.

For example, in April 2022, Musk tweeted, "I hope that even my worst critics remain on Twitter, because that is what free speech means."

Following the stalking allegations and the banning of journalists, he added, "Criticizing me all day long is totally fine, but doxxing my real-time location and endangering my family is not."

Dec. 16, 2022: This story was updated after we received a brief statement from the FAA.