We contacted Detroit officials to ask about the rumor after it was amplified by former U.S. President Donald Trump on Truth Social. 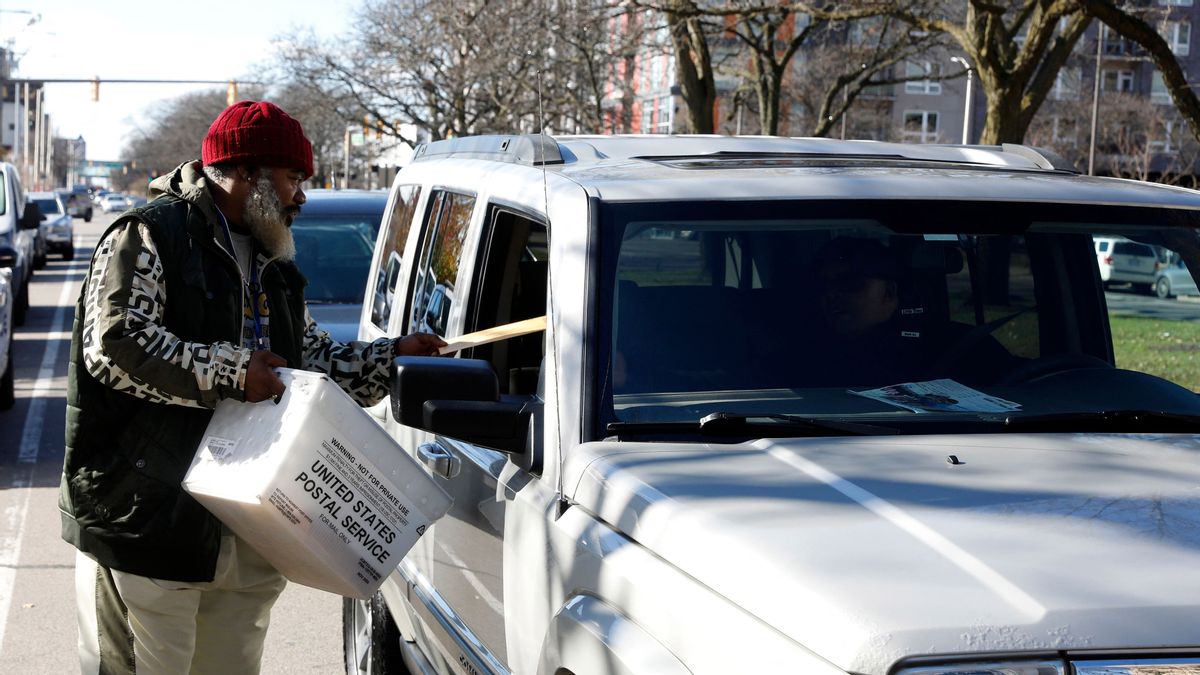 On Nov. 8, 2022, voters headed to the polls to cast their ballot in the 2022 U.S. midterm elections. During the course of the day, former U.S. President Donald Trump posted to his Truth Social account that there was an "absentee ballot situation" occurring in Detroit, Michigan, and that it was "REALLY BAD." He claimed, "People are showing up to vote only to be told, 'Sorry, you have already voted.'"

Here's Trump's full post: "The Absentee Ballot situation in Detroit is REALLY BAD. People are showing up to Vote only to be told, 'sorry, you have already voted.' This is happening in large numbers, elsewhere as well. Protest, Protest, Protest!"

We contacted various officials with the city of Detroit. A spokesperson for the nonpartisan organization Detroit Votes emailed us the following statement from the Detroit Department of Elections:

When the polls opened today, election inspectors in some precincts received a message on the e-pollbook screen indicating the "Ballot # has already been issued as Absentee Voter Ballot." This message does not mean that the voter who was issued an absent voter ballot was attempting to vote.

This turned out to be a harmless data error. Ballot numbers for precinct voters were being generated which were identical to ballot numbers being used for absent voter ballots. The e-pollbook system recognized the duplicate ballot numbers and issued the error message so that no two ballots would have the same ballot number.

All safeguards preventing a voter from voting more than one ballot are in place since polls opened at 7:00 a.m. and those safeguards remain in place.

The spokesperson also added, "We won't know until later how many ballots this affected. But it was a relatively small number. And everyone who wanted to vote got to vote and each vote will count once."

Detroit voters can track their ballot status on the BallotTrax website, detroitav.ballottrax.net.

This rumor was pushed by Trump on the day after a Wayne County judge had denied a request to expand oversight in the counting room for absentee ballots. The Detroit Free Press reported, "Wayne County Circuit Court Judge Timothy Kenny Monday rejected a request from Kristina Karamo — the Republican vying to serve as Michigan's next chief elections officer — to expand election observers' access in Detroit's absentee ballot counting room and subject Detroit voters and election officials to a different set of rules than the rest of the state."

According to the story, Kenny wrote, "Plaintiffs have raised a false flag of election law violations and corruption concerning Detroit's procedures for the November 8th election. This Court's ruling takes down that flag."