The group assessed the quality of Thoreau's findings to determine if, or how, they could inform modern studies. 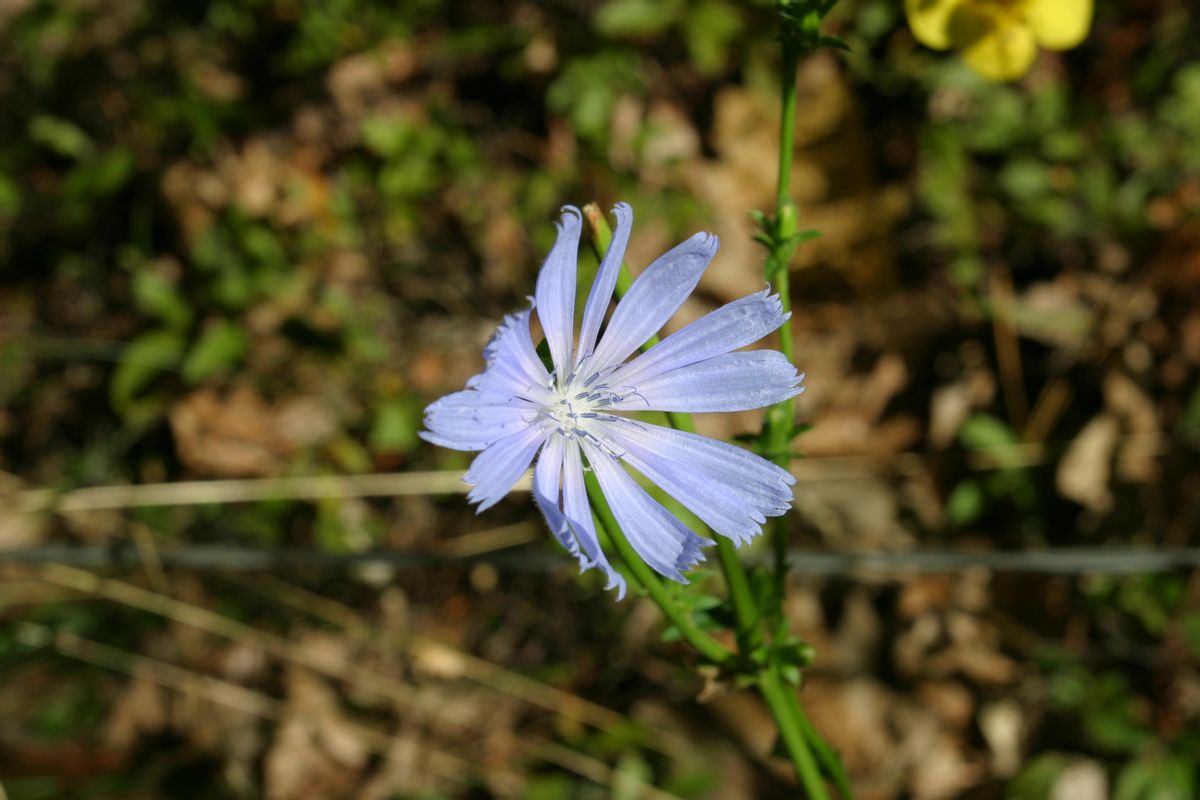 Henry David Thoreau, the environmental philosopher and author of “Walden”, was a keen observer of seasonal change. (Image Via Tom Stohlman on flickr)

This article by Tara Miller, Abe Miller-Rushing and Richard B. Primack is republished here with permission from The Conversation. This content is shared here because the topic may interest Snopes readers; it does not, however, represent the work of Snopes fact-checkers or editors.

Henry David Thoreau, the environmental philosopher and author of “Walden”, was a keen observer of seasonal change. In 1862, for example, he wrote in the Atlantic Monthly:

“October is the month of painted leaves. Their rich glow now flashes round the world. As fruits and leaves and the day itself acquire a bright tint just before they fall, so the year near its setting. October is its sunset sky; November the later twilight.”

Over the past 20 years, researchers have used Thoreau’s observations of plant flowering, leaf emergence on trees and shrubs, bird migration and spring ice melt on Walden Pond to study how these events have changed since the 1850s, largely in response to climate change.

Ecologists have also pulled data for modern-day research from museum specimens, journals of hunting guides and bird and butterfly club reports. Comparisons with historical records have provided insights into shifts in the natural world caused by climate change and other human influences. Examples include coral decline in American Samoa, amphibian losses in Mexico and shifts in birds’ ranges in California’s Sierra Nevada.

https://www.youtube.com/embed/uxtrOsFnvq0?wmode=transparent&start=0
Researchers are using a collection of photographs of British landscapes taken between 1910-1935 to analyze current effects of climate change at those locations.

But how do scientists know that this historical data is appropriate to use? How can they tell good data from bad? And how can you know whether records you may have, such as an ancestor’s journals or seashell collection, might be useful for science?

We recently published an article in the journal Bioscience that lays out a three-step approach for assessing the quality of historical observations. Using this approach, we believe that scientists can confidently use historical resources to inform studies reaching back to times and places where formal scientific data is not available.

Not long after Thoreau died, critics questioned the accuracy of his natural history observations. Writing in 1919, John Burroughs, a leading nature essayist of the time, offered perhaps the strongest criticisms.

Burroughs asserted that Thoreau’s “observations are frequently at fault, or wholly wide of the mark.” He questioned whether Thoreau knew basic facts, such as that hickory trees grew in Concord, Massachusetts, and that pine trees had seeds.

To determine whether Burroughs and other critics were right, we propose a straightforward three-step process.

– Is the information collected using rigorous methods that are well documented and clearly described? Modern researchers should be able to repeat them – for example, locating sites where past naturalists worked, making observations over the same number of days per week and following other key parts of their methods.

– How accurate are the observations, such as species identifications? Were they subject to any biases? Can researchers or naturalists replicate aspects of the observations that would be expected to remain consistent over time?

– Does the data have the precision, frequency and rigor that scholars need now? No data is right for all purposes. Modern researchers must decide whether the information can answer the question they are investigating.

https://www.youtube.com/embed/RkPBxxpy2b8?wmode=transparent&start=0
In this 2011 video, Boston University biologist Richard Primack explains how he and his research team used Henry David Thoreau’s nature observations from the 1850s to measure the effects of climate change in New England.

Was Thoreau a Good Naturalist?

When we assessed the rigor, accuracy and utility of Thoreau’s natural history observations, we found that he was indeed a good naturalist.

Thoreau thoroughly documented the dates, locations and descriptions of observations that he made as he walked around Walden Pond and greater Concord. We can read in his journals how often and for how long he made these notes.

We compared Thoreau’s notes to modern observations and found that his observations of seasonal events such as leaf out, flowering, fruiting and bird arrivals were highly correlated with modern findings. This told us that Thoreau captured similar patterns.

For example, we can see that the order in which flowers bloom in spring around Concord is nearly the same in Thoreau’s journals as in modern observations. In both data sets, certain species flower early, while other species bloom late in the season.

Thoreau’s historical observations have tremendous utility in research. We and other researchers have used them to learn about the effects of climate change on plants and birds in Concord. Using Thoreau’s findings as a baseline, we have found that spring leaf out and flowering are occurring earlier, but the timing of bird arrivals is not changing much. 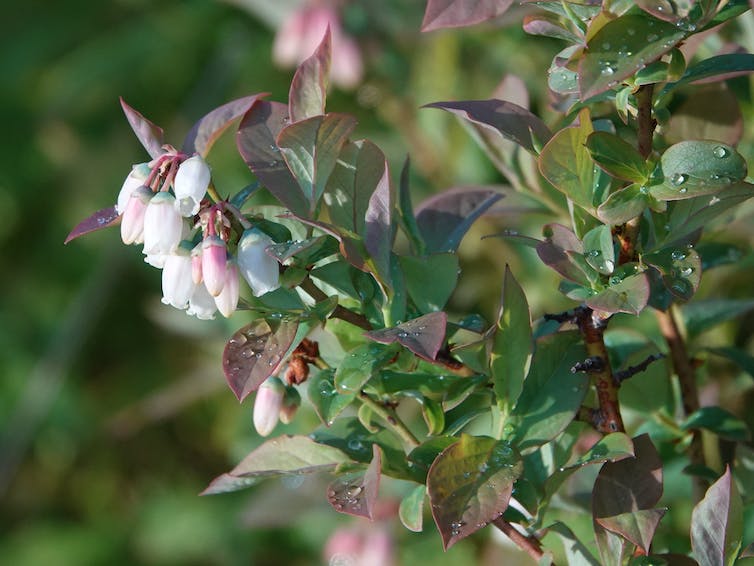 Beyond Thoreau and Walden

Researchers can use this approach to evaluate other historical observations. For example, between 1904 and 1969, American field biologist Joseph Grinnell and his colleagues recorded observations of species in California. Their team carefully described most of their methods and collected specimens and photographs to document their work.

However, their sampling methods were sometimes inconsistent, and researchers cannot locate some of their sampling routes. These uncertainties make the Grinnell team’s observations inappropriate to answer questions about changes in the abundance of some species. But their observations are excellent for answering questions about how climate change is altering the ranges of many species, including birds and small mammals like mice, voles and chipmunks that Grinnell’s team observed there in the past and that still occur there.

Museum specimens such as dried plants, bird nests and animal skins are another source of historical information. The specimens themselves remove uncertainty around species identification and preserve many physical characteristics that interest researchers.

However, the people who collected the specimens sometimes fail to record precise location information. And some collectors target particular species, locations or seasons, which can bias what they find.

For example, if a collector targeted spring-flowering plants, their collection may be missing plants that flower later in the year. We urge researchers to watch for these biases when using historical data. 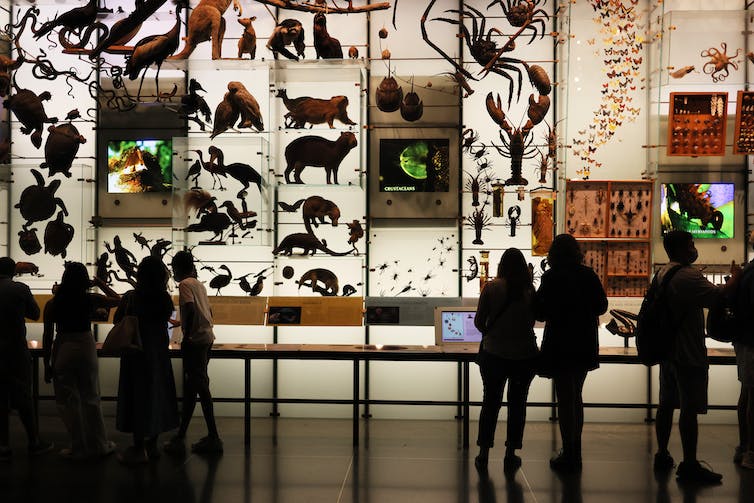 Animals and plants in museum collections, such as these in New York’s American Museum of Natural History, are valuable sources of DNA for studies of evolution and biodiversity – but collection methods can affect how useful they are. Michael M. Santiago/Getty Images

It’s not uncommon to find historical data sets with little, if any, documentation about when, where and how the data was collected – for example, observations from someone’s daily walks, collections of photographs or a birder’s reports to an ornithological club. Even in these cases, it may be possible to determine how rigorous and accurate the data is.

For example, the frequency of photographs or observations may hint at how often someone made observations. And even poorly documented data can be useful to address some ecological questions, or could suggest new hypotheses that deserve further study.

Scientists are searching for more historical data. Following careful evaluation, we may be able to use this information to learn about the effects of climate change, land use practices and other environmental issues. People who have records that might be scientifically valuable should consider contacting ecologists, research stations, natural history clubs and the USA National Phenology Network, which collects, stores and shares data on the timing of seasonal events such as bird migration across the U.S.