Hobbs is running for the governorship of the state of Arizona and is being challenged by Republican Kari Lake, who was endorsed by former U.S. President Donald Trump. 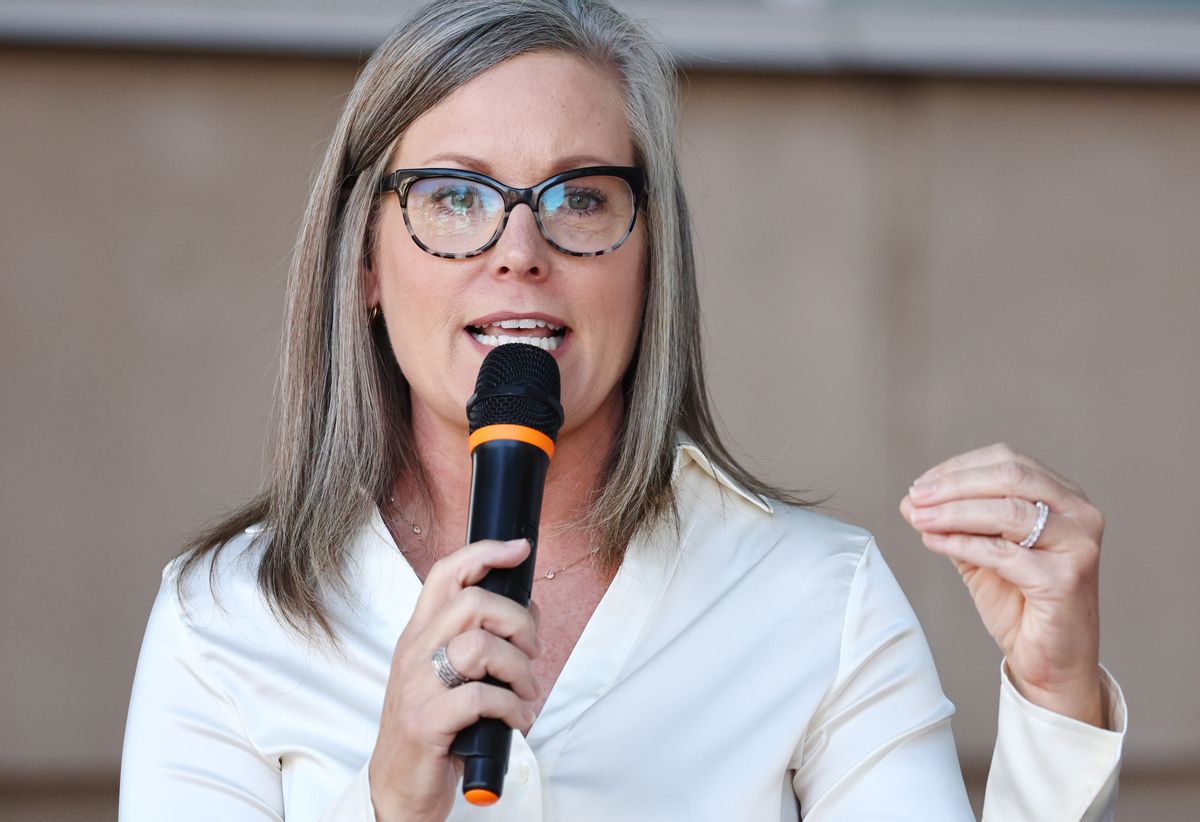 The Arizona gubernatorial race continues to heat up just weeks away from Election Day. In the latest development, The Daily Mail published reporting on Oct. 10 that purportedly revealed pictures from Democrat Katie Hobbs' high school yearbooks from the 1980s. The article said that Hobbs, who currently serves as Arizona's secretary of state, may have been involved in organizing one or several "Slave Day" events, some involving an "auction," when she was a student at Seton Catholic Preparatory School. The school is located in Chandler, Arizona.

Hobbs is being challenged for the governorship this November by Republican Kari Lake. Lake, a former news anchor, was endorsed by former U.S. President Donald Trump and has "put false claims of election fraud at the center of her campaign," according to The Associated Press.

As yet, Snopes has not been able to independently verify the claims made by The Daily Mail. We reached out to Hobbs' campaign at two different official email addresses and in a Twitter DM but did not receive a response by press time.

According to the captions under yearbook photos that were published by The Daily Mail, the school's 1984-1985 yearbook, when Hobbs was reportedly a freshman, described the "Slave Day" as an apparent tradition of sorts that would take place annually during "Spirit Week." The event was described like this:

This specific caption did not refer to the activity as "Slave Day," but subsequent yearbooks while Hobbs was still in high school did refer to it using that phrase.

One picture in the 1984-1985 yearbook showed what appeared to be a white student with dark face paint for "Slave Day." Another photo showed a student being led around by a collar and leash. None of the pictures printed in the yearbook specifically showed Hobbs participating in the activity.

According to a yearbook from the 1986-1987 school year, Hobbs was pictured in a normal pose (not for "Slave Day") as one of at least three student council officers who organized "Spirit Week." The yearbook caption did not confirm whether or not Hobbs was involved in "slave" and "master" activity specifically. The reporting indicated this would have been her junior year. The "Slave Day" event was mentioned at least four times in the yearbook that year, The Daily Mail reported.

In the 1987-1988 yearbook, when Hobbs would have been a senior, according to The Daily Mail, a caption referred to an event as "Senior Slave Day" and said that "makeup was quite popular with the senior guys."

This activity apparently involved freshman students being able to buy senior "slaves" at an auction, the opposite of the other "Slave Day" activity.

The Daily Mail's reporting also made mention of the separate fact that, in December 2021, Hobbs issued an apology to a Black woman named Talonya Adams after she had been fired in her role as a Democratic policy adviser in 2015.

Hobbs has said she made a group decision with two others to fire Talonya Adams from her job as a Democratic policy adviser in 2015, when Hobbs was the Senate’s top Democrat. Federal juries found Adams’ termination was discriminatory. Last month, she was awarded $2.75 million, though the judgement was later scaled back.

Hobbs initially deflected responsibility, blaming Republicans for underpaying Adams and making the ultimate decision to fire her. On Wednesday, she acknowledged her response “fell short of taking real accountability.”

“I’m truly sorry for the real harm that I caused Ms. Adams and her family,” Hobbs said in a three-minute video posted on Twitter. “My response to the jury verdict was short sighted, unnecessarily defensive and failed to meet the moment.”

This story is developing and will be updated if we receive any answers from Hobbs' campaign.