The Justice Department’s Dilemma Over Prosecuting Politicians Before an Election

A department rule advises federal law enforcement officials to refrain from making public comments about ongoing investigations that may impact an election in the 60 days leading up to that election. 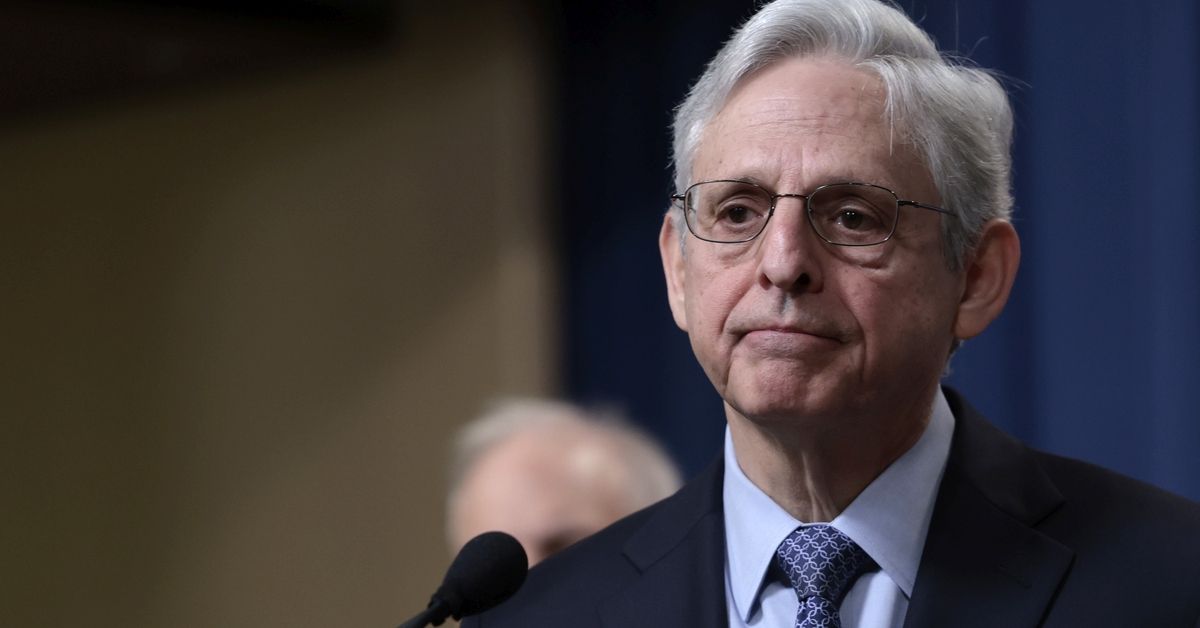 This article by Henry L. Chambers Jr. is republished here with permission from The Conversation. This content is shared here because the topic may interest Snopes readers; it does not, however, represent the work of Snopes fact-checkers or editors.

As the 2022 midterm campaigns approach Election Day on Nov. 8, 2022, a federal probe into former President Donald Trump’s handling of classified documents is testing an unwritten policy of the U.S. Justice Department.

Some legal analysts have suggested that the so-called 60-day rule requires federal prosecutors to delay public actions during the final stages of an election to avoid influencing the perceptions of a candidate – or tipping the scale for or against a political party.

This goal of political neutrality appears to be adhered to by Attorney General Merrick Garland and FBI Director Christopher Wray. Both have largely refrained from making public comments on ongoing federal and state probes into possible crimes that Trump may have committed during his time in the White House, including on his alleged role in the Jan. 6 assault on the Capitol.

But political neutrality is open to interpretation.

In the run-up to the 2016 presidential election, the 60-day rule was apparently broken when then-FBI Director James Comey made a series of controversial public statements on Hillary Clinton’s use of a private email server during her time as secretary of state.

Comey’s comments began over the course of the summer and fall of 2016 and didn’t end until the weekend before Election Day when he announced the end of the investigation. Clinton and her supporters claim that Comey’s controversial actions played a role in her loss and Trump’s election.

A Rule, Not a Law

The 60-day rule is an interpretation of the Justice Department’s internal guidance to protect the federal agency’s reputation for political neutrality.

Every election season, the attorney general reissues the department’s Election Year Sensitivities memo to staff. Garland issued his memo on May 25, 2022.

“Law enforcement officers and prosecutors may never select the timing of public statements (attributed or not), investigative steps, criminal charges, or any other action in any matter or case for the purpose of affecting any election, or for the purpose of giving an advantage or disadvantage to any candidate or political party,” Garland’s 2022 memo explains.

But Garland’s memo does not suggest that a clear 60-day rule exists.

It merely suggests that actions taken closer to an election ought to be especially scrutinized to ensure that the Justice Department does not appear to purposely advantage a candidate or party.

Though very few legal scholars question the existence of the 60-day rule, the scope of the rule is a matter of dispute.

Former Attorney General Bill Barr has interpreted the rule narrowly. He has suggested the rule may apply only to activity that will harm a specific candidate.

Other legal observers have suggested the rule applies more broadly to investigations that might affect an overall election. That might include investigations of people connected to a candidate or situations where the candidate is only tangentially related.

Though Comey may not have had any desire to affect the 2016 election’s outcome, he would later make an apology of sorts to Clinton in his book “A Higher Loyalty.”

“I have read she has felt anger toward me personally, and I’m sorry for that,” Comey writes. “I’m sorry that I couldn’t do a better job explaining to her and her supporters why I made the decisions I made.” 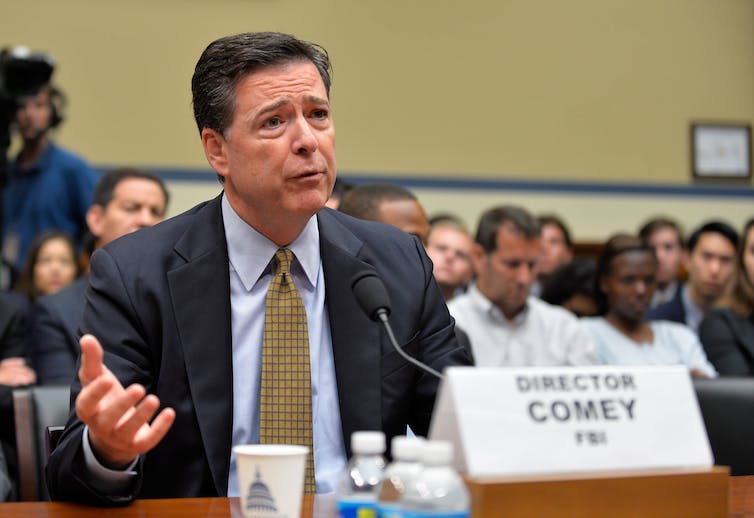 But in some situations, jettisoning the 60-day rule may be advisable.

If a federal investigation is particularly timely and is proceeding with no purpose of affecting an election, then it may be consistent with the underlying policy of the Justice Manual – even if doing so may be inconsistent with a broad interpretation of the 60-day rule.

At issue is the importance of an investigation and the danger of pausing it.

The investigation regarding the national security implications of classified documents found at Mar-a-Lago is an important test. 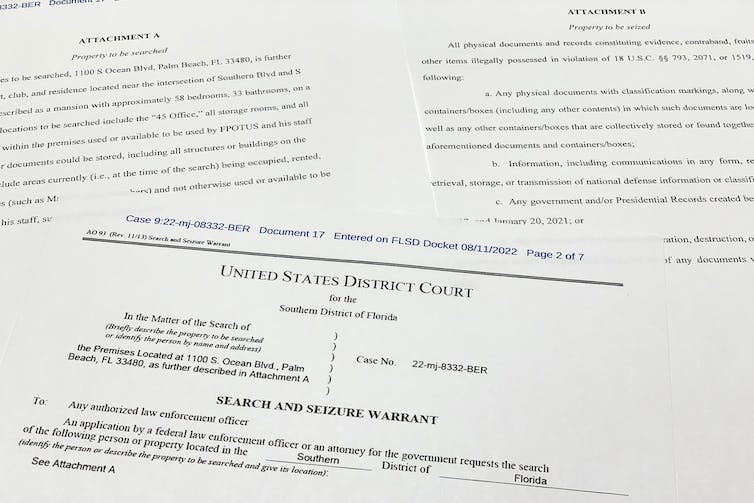 A judge unsealed a search warrant that shows the FBI is investigating former president Donald Trump for a possible violation of the Espionage Act. AP Photo/Jon Elswick

Though Trump often claims federal probes into his behavior are no more than political witch hunts, there is no indication the Justice Department is continuing the investigation with the purpose of hurting or helping specific candidates or a specific party.

Quite naturally, any lengthy investigation may bump up against a midterm or presidential election cycle. But if halting the investigation could damage national security, then continuing it through the election season may be necessary even if the investigation affects a number of elections.

The Unintentional Irony of the 60-Day Rule

The rule is designed to protect the Justice Department’s reputation of neutrality by keeping partisan politics away from its investigations.

Once an investigation’s course has been altered by the election calendar, it has arguably been infused with politics, and in some of those cases, justice delayed may be justice denied.

With strict adherence to the rule, a candidate may be elected because voters did not have all the information about the candidate’s behavior and character – an omission that challenges the democratic ideal of an informed citizenry.

Henry L. Chambers Jr. is a Professor of Law at University of Richmond.