Should You Vote Early in the 2022 Midterm Elections? 3 Essential Reads

The balance of U.S. political power is at stake in the 2022 midterm elections. Voters have several ways to cast their ballots – and the majority of Americans are choosing one of them. 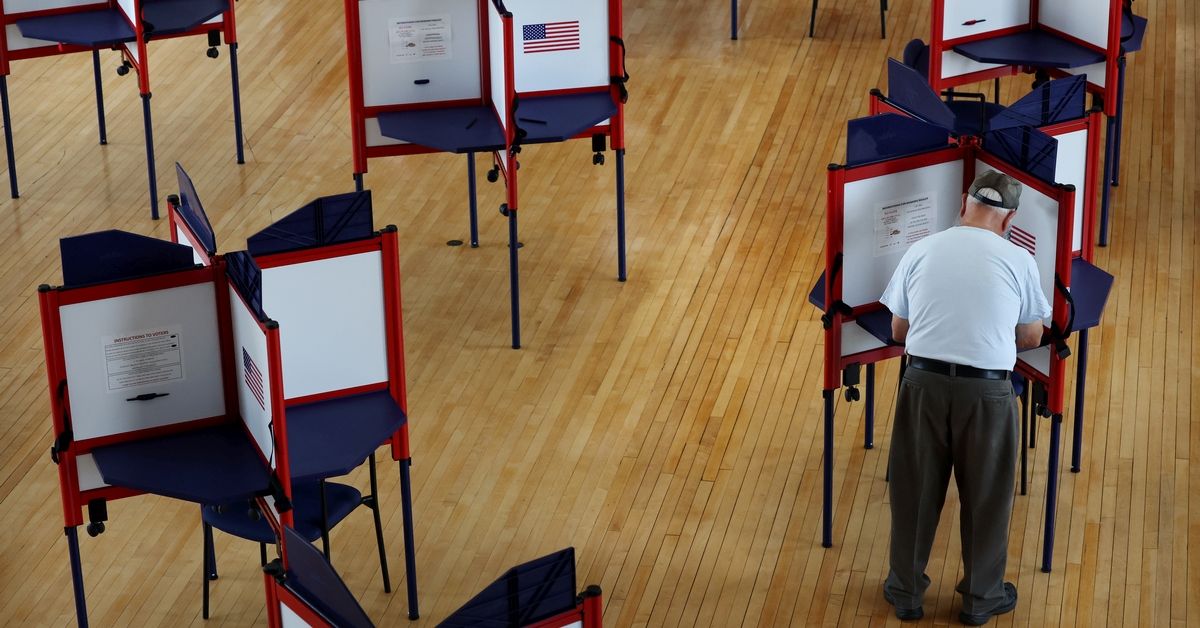 Quincy, MA - August 27: A voter fills out his ballot at the early voting location at the town hall. (Photo by Craig F. Walker/The Boston Globe via Getty Images)

As political campaigning for the midterm elections is ramping up, millions of voters are considering how they should cast their ballots on Nov. 8, 2022. In addition to the traditional way of voting at their local precinct on Election Day, many have the option to vote earlier by mail.

With the exception of Alabama, Connecticut, Mississippi and New Hampshire, early voting is allowed in 46 states and is offered in different forms such as drop boxes, mail or early voting in person.

It’s important to check with your state’s election office, because different states have different deadlines and options available.

In Montana, for instance, early voting is allowed for about four weeks between Oct. 11 and Nov. 7. But in Texas, the early-voting period is only the 10 weekdays between Oct. 24 and Nov. 4.

The Conversation U.S. has published several articles looking at not only the integrity of early voting but also the larger question of turning out the vote.

Early voting periods are as old as presidential elections in the U.S.

It wasn’t until 1845 that Congress adopted the Tuesday after the first Monday in November as the national Election Day.

Given the long history, Terri Bimes, an associate teaching professor of political science at the University of California, Berkeley, raises an interesting point on the impact of early voting on turnout.

“While some scholars contend that early in-person voting periods potentially can decrease voter turnout,” Bimes writes, “studies that focus on vote-by-mail, a form of early voting, generally show an increase in voter turnout.”

Regardless of overall turnout, more and more voters are choosing nontraditional ways of casting their ballots. In the 2020 election, for instance, 69% of voters nationwide voted by mail or through another means earlier than Election Day. That number was 40% in 2016.

And mail-in ballot fraud is even rarer.

The conservative Heritage Foundation conducted a survey in 2020 and found 1,200 “proven instances of voter fraud” since 2000, with 1,100 criminal convictions over those two decades.

Edie Goldenberg is a University of Michigan political scientist who belongs to a National Academy of Public Administration working group that offered recommendations to ensure voter participation and public confidence during the onset of the COVID-19 pandemic in 2020.

Goldenberg writes: “The evidence we reviewed finds that voting by mail is rarely subject to fraud, does not give an advantage to one political party over another and can in fact inspire public confidence in the voting process, if done properly.”

3. Voting Turnout is Key to Democracy

More people voted in the 2020 presidential election than in any election in the past 120 years, even as nearly one-third of eligible voters sat it out. That means nearly 80 million Americans did not vote.

Among the reasons nonvoters gave were not being registered, not being interested or not believing their vote made a difference. Despite such apathy, about 155 million voters – that’s 67% of Americans over 18 – did vote in 2020.

Part of the problem of reducing the percentage of nonvoters at the street level can be getting people to answer their doors to strangers or answering a telephone call placed by a campaign volunteer from an unrecognized number. Before the pandemic, an effective door-to-door campaign could increase turnout by almost 10%; a well-run phone campaign could add an additional 5%.

When University of California, Berkeley’s Vice Provost for Graduate Studies Lisa García Bedolla began studying voter mobilization in 2005, it was common for door-to-door campaigns to reach half of the people they tried to contact. By 2018, that number had dropped to about 18%.

To close the gap, campaigns moved toward asking people to contact people they knew and help turn out those supporters and social networks. Text messages, especially reminder texts, became the virtual door knock.

“These friend-to-friend approaches are seen as a way to cut through the noise,” Bedolla writes.

These personal approaches can also create a sense of accountability.

Knowing that someone is paying attention to your vote, however it is cast, might make a difference in a local, state or federal election.