The policy applies to teachers and other school employees. 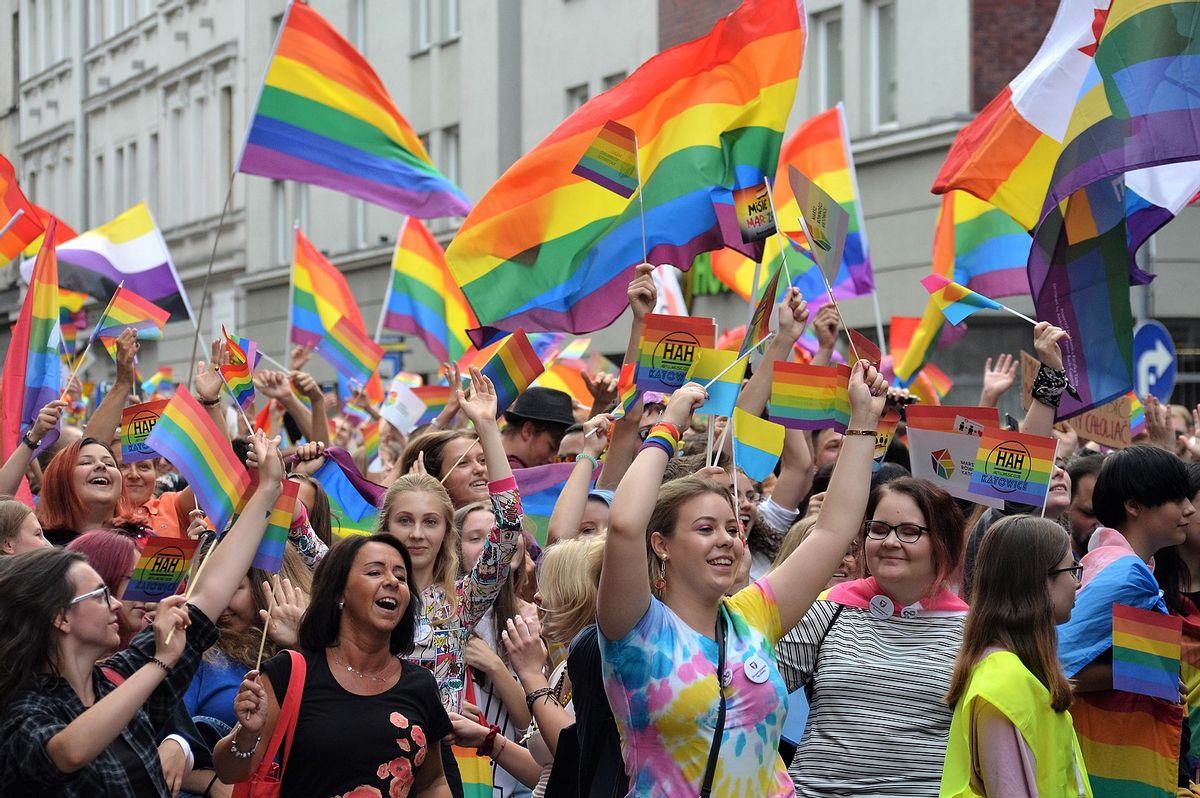 A Wisconsin school board is at the center of a controversy, after voting to uphold a policy that they interpret as forbidding teachers to display the pride flag, Black Lives Matter signs, and other material they deemed “political.”

In mid-August 2022, the Kettle Moraine School Board voted to keep an employee code of conduct in place that the superintendent had interpreted as forbidding the district employees from displaying political or religious messages, or stating their preferred gender pronouns in emails.

Speaking at a July 26, 2022, board meeting, superintendent Stephen Plum laid down his interpretation of Section 522 in the Employee Professional Code of Conduct. It states that staff will refrain “from using their position to promote partisan politics, sectarian religious views, or selfish propaganda of any kind, or for personal, monetary or non-monetary gain.”

Plum said at the meeting:

One board member asked if this meant people could not wear a cross on their person. Plum responded by saying if it is a necklace or a personal item and “not in your face” that is “acceptable.” A T-shirt with large letters on it, however, he deemed unacceptable.

Over the course of the meeting, Plum clarified that Black Lives Matter labeling would also be considered a “political leaning,” alongside “Thin Blue Line,” “We Back the Badge,” and pride flags.

The board emphasized that the language of the employee code of conduct has not changed, but they were clarifying the interpretation of it, and it would apply to teachers and staff members. School Board President Gary Vose said during the meeting:

This isn’t a case where we’re trying to discriminate against any group or groups for that matter, but rather just to bring clarity to allow staff to know where the line is drawn on these various things. It’s not a popularity contest. Regardless what we do here, we’re going to have some that are going to love it, some that are going to hate it. Regardless of that, I think it’s the right thing to do. I’m fully behind it.

The whole exchange can been seen at around 21:35 in the recording of the board meeting below:

According to The Associated Press, board member Jim Romanowski was the only one to vote against the policy in August, saying he changed his mind after hearing from students and staff.

"Pride flags are not me taking a political stance," one student said. "They are a statement saying I accept myself and others." Two students even launched a Change.org petition in July, calling on the board to reverse the policy:

We already walk through the halls with fear. We both have experienced very hateful and homophobic comments in the halls of our high school.

A pride flag is not a political thing, loving someone is not political. Think of all the students/kids who are scared to go home because they don't have the support of their families, but when they walk into to school and their teacher has a pride flag hanging on the wall, they finally feel safe and supported.

Taking away this flag may seem simple to you, but it is NOT for the students.

Pro-nouns are a part of English class. Maybe instead of banning teachers by simply saying their pro-nouns in email signs off, we actually teach students what they are. Because like it or not everyone has a pro-noun. she/her he/him are pro-nouns. You use them in everyday life. So is it a crime for our teachers to say what they would like to be referred by?

The Aug. 16, 2022, meeting where the vote took place saw students and parents speak for and against the policy during a time allotted for public comment. While the normal time allotted for such comments was 30 minutes, the board extended this to 60 minutes because of the large crowd that wanted to speak. The majority of the students speaking at the meeting opposed the policy.

One trans student talked about being bullied at Kettle Moraine and switching schools as a result. A recording of the meeting where community members stepped forward to express their views on the policy can be seen below:

Christine Donahoe, an attorney with the American Civil Liberties Union (ACLU) of Wisconsin told the Associated Press, “If you have a policy that says ‘nothing political,’ does that mean you can’t have a sign up that says, ‘Support our Troops,’ or ‘Believe Women’ or ‘Save the Planet?’ By some people’s definitions, all of those things are political.”

“It really looks like targeted attacks at specific viewpoints, like LGBT communities, or welcome and safe spaces to students of color,” she continued.

After the meeting, Vose said the policy was a done deal and would be in place when school began in September 2022.