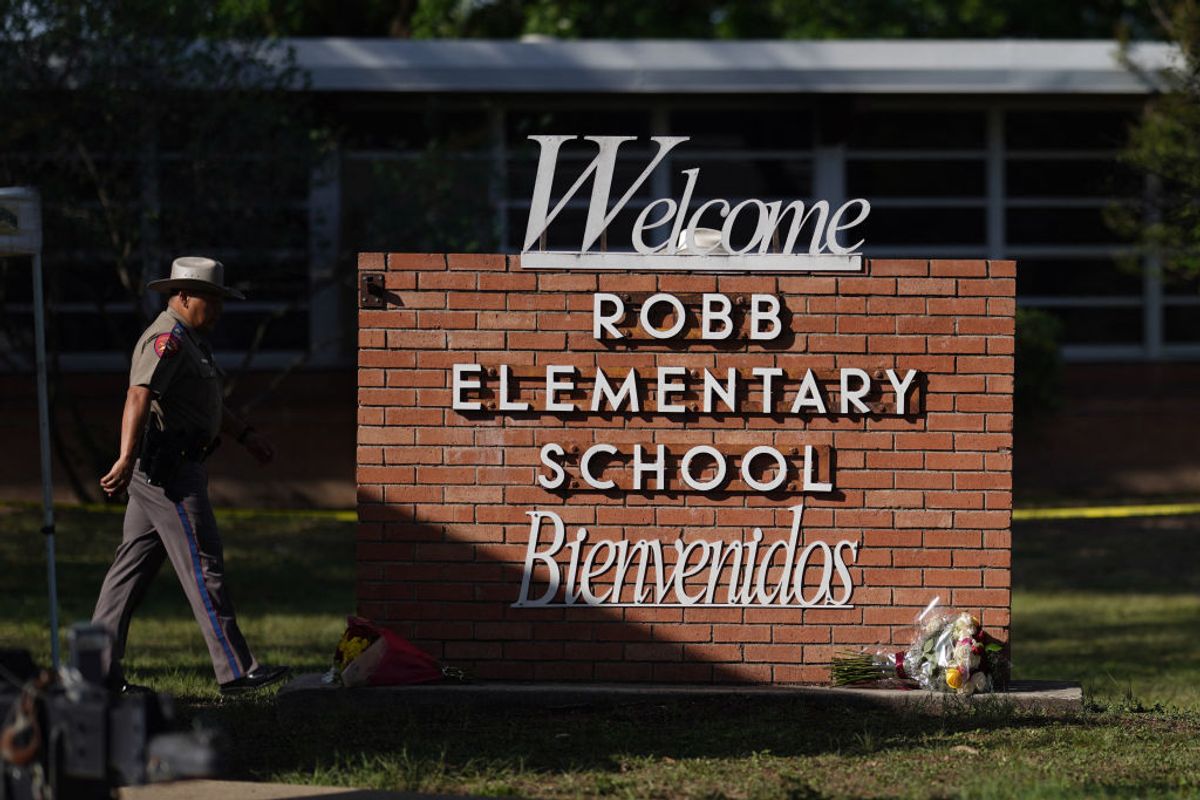 In the aftermath of a May 24, 2022, mass shooting at an elementary school in Uvalde, Texas, right-wing internet users, including a Republican member of Congress, took part in a baseless and inflammatory pile-on against trans women.

They claimed, without solid evidence, that the 18-year-old suspected shooter, Salvador Ramos, was a trans woman and, most dangerously, shared photographs of specific, identifiable trans women who demonstrably had no connection with the massacre. Now activists are warning of a coordinated campaign of "malevolent scapegoating" that could lead to yet more violence.

In the hours after the attack, in which the gunman shot dead 19 children and two teachers at Robb Elementary School, one Twitter user speculated that the assailant was a white supremacist. In response, U.S. Rep. Paul Gosar, a Republican from Arizona, fired off a remarkable series of assertions:

We asked Gosar's spokesperson for the evidential basis for his claims, but received no reply, and he quickly deleted the tweet. What the incident demonstrates, and not for the first time, is the far-reaching influence of fringe, far-right online spaces such as the /pol/ section of 4chan — a common wellspring of various kinds of inflammatory and corrosive bigotry and disinformation.

In the first day following the Uvalde massacre, countless social media accounts shared pictures of various trans women, falsely claiming they were the suspected attacker, who was shot dead by police.

For example, users targeted one trans woman using pictures she had actually shared on Reddit, months earlier. The next day, @Apprehensive_Ad_995 posted again on Reddit, patiently explaining, "It's not me" and thereby proving she was not the Uvalde shooter, who was by then deceased: In principle, the existence of such evidence should be sufficient to crush the dangerous spread of rumors about that particular trans woman, but many internet users are likely to see pictures of her stripped away from their original source — her Reddit account — so they are also unlikely to see her post-massacre photographs.

"I am being attacked unjustly for no reason," she added. "I am being harassed and accused of murder with no evidence. And all I've done was live my life."

Similarly, right-wing accounts shared a picture of another trans woman, claiming again that she too was the school shooter. Snopes spoke to her on May 25, and she posted a desperate plea to Twitter hours after the shooting on May 24: "IT'S LITERALLY ME. STOP FUCKING SPREADING THIS IMAGE PLEASE GOD..."

It remains to be seen whether her appeals fall on deaf ears.

To be clear, Ramos' gender identity is not yet clear, and it's even less clear how it could possibly have played any role in his decision to slaughter a classroom full of young children and their teachers.

But for Alexis Rangel, from the National Center for Transgender Equality, there is a "calculated strategy" at work in the frighteningly rapid wave of anti-trans propaganda, fueled by a sitting member of Congress, that followed the Uvalde massacre. She described the pattern to Snopes as one of "malevolent scapegoating":

Transgender people, immigrants, and communities of color are all too familiar with the right-wing extremist pattern of reaching for ways to blame us when tragedies occur and using misinformation to put innocent people in danger.

This malevolent scapegoating is a source of the rise in hate-fueled violence we’ve seen in our communities in recent years, with 2021 recording the highest number of incidents of fatal anti-trans violence of any previous year. It is also closely tied to the attacks on trans youth we’ve seen this year in state legislatures around the country.

These kinds of calculated strategies will lead to more violence and must be condemned.