What Was That Underwater 'Yellow Brick Road' Scientists Found?

The formation looks eerily like something that could have been made by human hands. 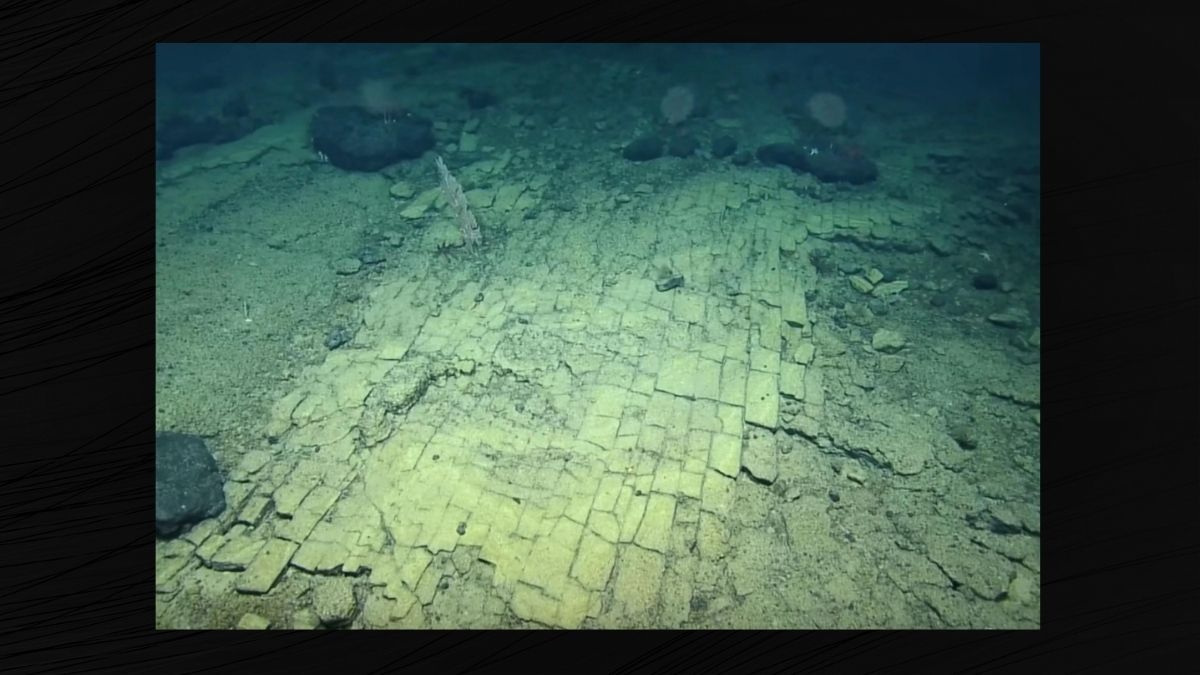 A video of what looks like a brick road underwater sparked rather fanciful headlines characterizing the discovery as a submerged "yellow brick road to Atlantis."

"Scientists discover ‘Yellow Brick Road’ to ‘Atlantis’ in never-before explored depth of Pacific," one headline read. The quote marks in that headline are doing a lot of work, because without them the headline would be totally false.

It's true that scientists found an interesting rock bed formation in the Liliʻuokalani Ridge, near Hawaii in the Pacific Ocean. Those scientists are exploring the region as part of the Nautilus expedition. And while they vividly described the formation as looking like a "yellow brick road" to the mythical city of Atlantis, that was not meant in literal terms.

As the science and technology news site CNET reported, researchers identified the formation as "a fractured flow of hyaloclastite rock," which is formed in high-energy volcanic eruptions and then settles on a seabed.

"The brick-like patterns likely come from heating and cooling cycles connected to eruptions," according to CNET.

Describing the find as a "yellow brick road to Atlantis" borrows from two fictional stories, one modern and the other ancient. The "yellow brick road" is a reference from the iconic 1939 Judy Garland film, "The Wizard of Oz," which was based on a 1900 children's novel of the same name.

Atlantis is a fictional civilization that was evidently invented by the ancient Greek philosopher Plato. The story of Atlantis continues to spellbind more than two millennia after Plato's death, and some have even speculated that it really existed.

In Plato's writings, Atlantis is said to have been destroyed and submerged beneath the sea. There is no evidence the island civilization ever truly existed. Nevertheless, through the years, credulous explorers have regularly (and wrongly) claimed to have found its sunken ruins.