At the heart of the brouhaha is Florida's new so-called "stop woke" law. 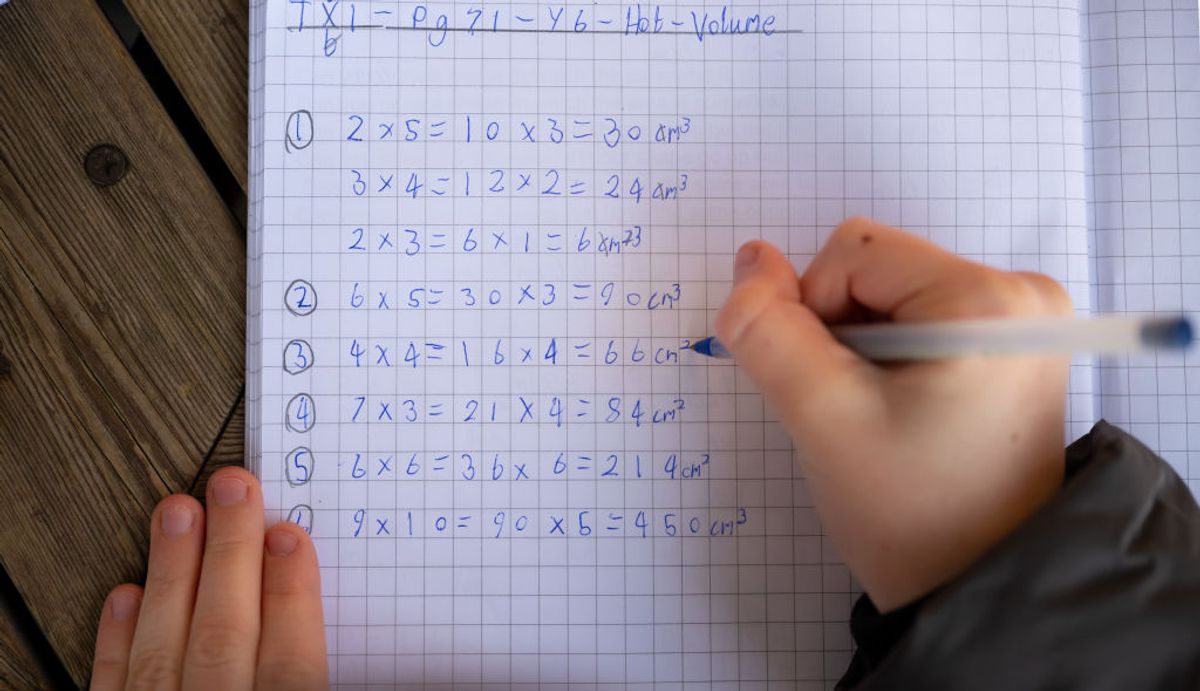 Yes, we know that sounds disjointed. We will explain below.

The Twitter thread resulted in some spin-off articles such as one headlined, "The ONE Math Textbook Company Deemed Acceptable in Ron DeSantis’ Florida, 'Accelerate Learning,' Was Acquired by Youngkin’s Carlyle Group in 2018," posted by a Virginian Democratic website, Blue Virginia.

So, is it true that Florida adopted just one math textbook to benefit a company that the governor of Virginia used to work for? As of this writing, we haven't found evidence to support this claim. Furthermore, the issue appears to now be moot, because the Florida Department of Education updated its list of approved textbooks and it now contains more than one publisher.

The legislation DeSantis signed into law on April 22 is intended, according to a news release, to give Floridians "tools to stand up against discrimination and woke indoctrination."

The law is the result of a viral outrage campaign against the alleged teaching in public schools of "critical race theory," an academic framework for studying systemic racism that is taught in law schools. The phrase, often shortened to "CRT," has come to be used, along with "woke indoctrination," as a rhetorical weapon in an ideological backlash against efforts by various societal institutions such as schools and businesses to counter systemic racism, an initiative that took off after mass civil rights protests in the spring and summer of 2020.

Following the passage of that law, the Florida Department of Education announced that it had rejected publishers' "attempts to indoctrinate students." What that meant, in practice, was that the department had initially rejected all but one publisher of grades K-5 math textbooks. The lucky publisher? Accelerate Learning, publisher of STEMscopes.

The decision and impact on book choices for younger grade schoolers created controversy and raised questions. Some complained that the Department of Education offered little explanation in the way of specifics as to why so many textbooks had been rejected. (Four examples of reasons for materials being rejected have since been added to the department's website.)

As noted above, the decision to initially approve only one publisher sparked suspicion that there was some ulterior motive at play, aside from whether the textbooks' contents aligned with Florida's new law. A department spokesman told us by email that the textbooks were initially rejected because they didn't meet bid specifications laid out by the state.

The Carlyle Group and Glenn Youngkin

It's true that the Carlyle Group, a private equity firm, announced a business partnership in 2018 with Accelerate Learning, becoming majority shareholders. It's also true that Glenn Youngkin, the newly-elected governor of Virginia, had served as co-CEO of Carlyle until he stepped down in September 2020 to run for public office.

We reached out to the Florida Department of Education asking about these accusations. In an email, spokesman Jared Ochs said the department has "no idea" why a governor from another state is being referenced, "and it has zero bearing on our work in Florida."

Ochs added that just because the textbooks were initially rejected, that didn't mean that in the end, Accelerate Learning's tool would be the only one approved, pointing to an April 15, 2022, news release that said:

Although not included on the state’s initial adopted list, publishers have the ability to appeal any non-adoption decision. Publishers also have the ability to substitute or revise their submitted bids to be included on the state’s adopted list if the substitution or revision of submitted instructional materials ultimately meets Florida’s bid specifications.

As we noted above, Ochs added that on April 26, 2022, the department uploaded an updated list of textbook that includes more options that districts can choose from. Nine books were added back to the list of books districts could choose from after publishers altered them to remove alleged "woke content." These books included an additional publisher option for K-5 grade math books, Big Ideas Learning.

Travis, Scott. “Why Did Florida Pick Just One Publisher for Math Elementary Textbooks? A Closer Look at the Controversy.” Sun Sentinel, 26 April 2022, https://www.sun-sentinel.com/news/education/fl-ne-florida-textbook-one-vendor-questions-20220426-wadnmwcw5jfuzakf7m45yqjfqy-story.html.

Updated to note the Florida Department of Education added one more publisher option for the grade levels in question to its list of approved books.