The activist had recorded thousands of hours of television over decades. 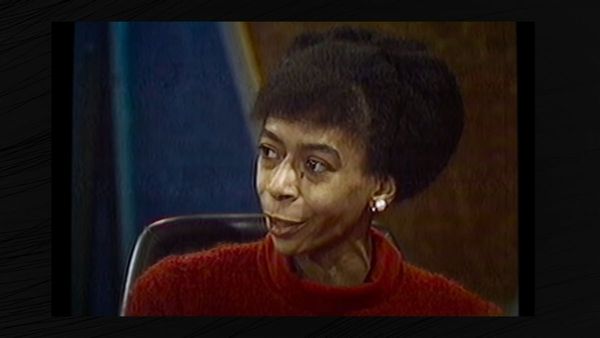 Marion Stokes was an activist who preserved more than three decades' worth of television recordings, resulting in what some say is one of the largest known personal archive of such material. A Reddit post purported to detail her remarkable life:

TIL of Marion Stokes, a civil activist who purchased a Betamax VCR in 1975 and never looked back, recording thousands of hours of television over nearly four decades with multiple VCR decks, creating an archive of over 70,000 tapes. It is the largest known archive of television by an individual.

This post is partly correct. Stokes was a Black social justice activist and a television producer. According to a profile of Stokes in Atlas Obscura, in 1975, she purchased a Betamax magnetic videotape recorder through which she began her archival project. By 1980 she began recording full time on multiple VCRs, starting with two or three and moving on to eight.

While many report that she started recording in 1975, the Philadelphia Inquirer reported that she began intermittently taping television programming in 1976. But, according to her son, Michael Metelits, who spoke to the Inquirer in a number of interviews, her taping became constant at the onset of the Iran hostage crisis in 1979 when “she hit record and she never stopped.” She was also bolstered with the founding of CNN in 1980 that ushered in an era of 24-hour news coverage, where reporters tracked every development of a story in real time.

Her recordings continued until her death in 2012, and covered nine news stations, according to the 2019 documentary “Recorder: The Marion Stokes Project.”

According to the documentary website, her recordings truly began in 1979. Regardless of her start date, she was recording for more than 30 years, in a manner that her son described as part of her impulse to save and hoard, but also “a form of activism.”

The documentary, which was shown at the Tribeca Film Festival, and received critical acclaim, described the importance of her archiving:

Before “fake news” Marion was fighting to protect the truth by archiving everything that was said and shown on television. The public didn’t know it, but the networks were disposing their archives for decades into the trashcan of history. Remarkably Marion saved it, and now the Internet Archive will digitize her tapes and we’ll be able to search them online for free.

This is a mystery in the form of a time capsule. It’s about a radical Communist activist, who became a fabulously wealthy recluse archivist. Her work was crazy but it was also genius, and she would pay a profound price for dedicating her life to this visionary and maddening project.

According to early reports in 2013 she had around 140,000 VHS tapes that recorded news coverage of revolutions, political scandals and more. However, the Internet Archive corrected this number to 40,000 as they began receiving containers of the tapes from Stokes’ family. Her son donated the tapes to the nonprofit known for their vast online archive, and they planned to digitize everything and make it available to the public.

A correction to a Fast Company report on the digitization process was published in Poynter in 2014: “And there aren’t 140,000 VHS tapes, as Fast Company and Poynter wrote back in November. Just 40,000. The family overestimated.”

The Internet Archive also reached out to Fast Company with an update:

The Internet Archive received four shipping containers of Stokes’ tapes in December. After conducting a sample inventory, it realized that the family’s initial estimate of the number of tapes was incorrect. The collection is about 40,000 tapes large. “I think it’s daunting when confronted with many storage containers, 20- or 30-feet deep, to figure it out,” Macdonald says about why the mistake was made.

However in 2021, the Internet Archive tweeted out the number of tapes with a photograph of when they were first delivered to them. They added that the number amounted to 70,000+:

Today, the tapes can be found in the Internet Archive’s vast collection in the following links:

We heard from Roger MacDonald, founder of the Internet Archive’s TV News Archive, who gave us more up-to-date information on Stokes' collection:

Our current best count of video cassettes in the Marion Stokes TV Archive is 71,716. Although each has notations on the spine indicating programs recorded and dates, we have not counted the number of programs, nor their durations.
[...]
We are looking forward to the time when we have sufficient funds to really making a dent in digitizing the vast collection and making it available online in our library.

Stokes’ collection is certainly not the largest such archive in the world. That distinction may belong to Vanderbilt University that claims to have “the world's most extensive and complete archive of television news.” They have “been recording, preserving and providing access to television news broadcasts of the national networks since August 5, 1968.”

UCLA claims to have “the largest university-held collection of motion pictures and broadcast programming.” Dartmouth’s Media Ecology Project ranks UCLA’s Film and Television Archive as "the second largest moving image archive in the United States after the Library of Congress, and the world’s largest university-based media archive."

Atlas Obscura describes Stokes’ archive as “the only comprehensive collection preserving this period [of 30-plus decades from the 70s to 2012] in television media history.” Some reports say this is the largest known archive of television made by an individual. This assessment is possibly correct, given that recording all that material from one’s own home was particularly unheard of at that time. We are unaware of another personal project with this extent of archival footage.