Did a Dolphin Learn To Speak ‘Porpoise’?

Kylie is a solo dolphin who seems to have found friends of an unlikely sort. 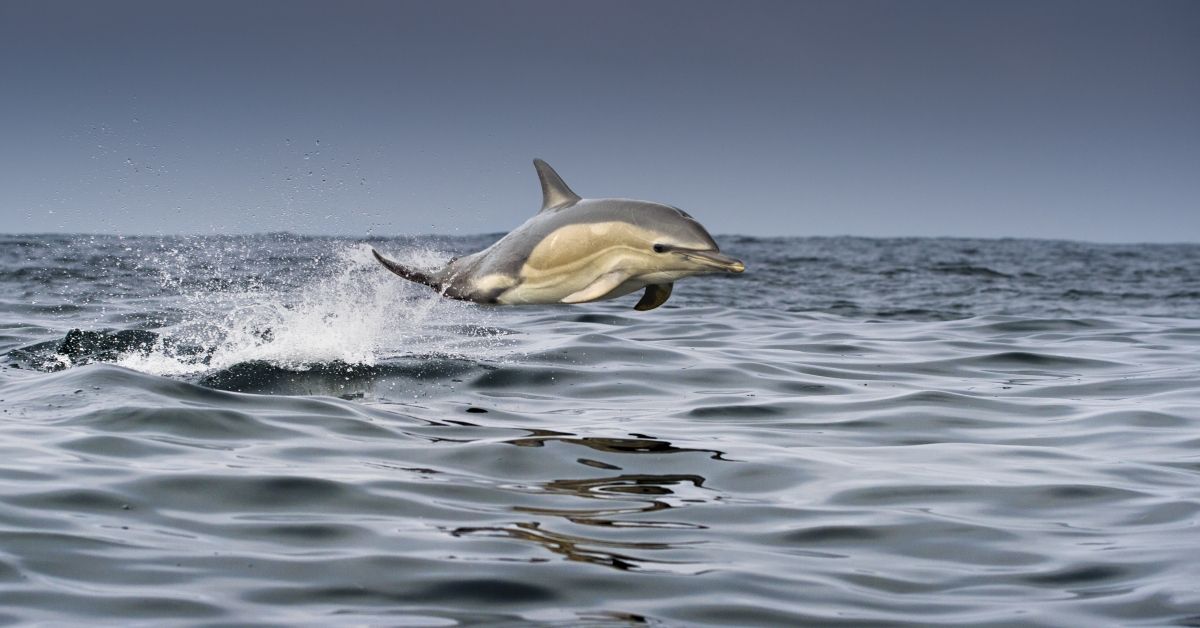 Kylie is a solo dolphin who lives in the Firth of Clyde, the mouth of the River Clyde in Scotland, and spends her days swimming around navigational buoys in the Atlantic channel. It is also here that Kylie, who is a common dolphin (known scientifically as Delphinus delphis), has also been spotted palling around with harbor porpoises (Phocoena phocoena).

Cetaceans — the taxonomic order that includes whales, dolphins, and porpoises — are highly social marine animals who communicate with members of their pods using a variety of sounds. The ability to understand those sounds depends on the individual hearing them, as each species and familial unit speaks its own language, of sorts.

Though Kylie is known to the locals as a solo dolphin who has never been seen with another of her species, she is occasionally spotted with porpoises, and has been for the last 14 years. To determine whether she has also communicated with her porpoise pals, acoustic researchers dropped two underwater microphones, known as hydrophones, to record the sounds she made when she was both alone and interacting with harbor porpoises. These recordings were then digitally processed to create graphical representations of the sounds so their architecture could be compared. A total of 2,575 clicks were logged — 2,099 of which belonged to Kylie and 476 to porpoises.

“While harbor porpoises basically produce one type of sound: highly stereotyped high-frequency clicks, common dolphins have a wide repertoire, emitting clicks as well as whistles,” wrote the researchers, adding that harbor porpoises also emit clicks, but their pattern tends to vary depending on the activity they are engaged in, like navigating or foraging.

Publishing their findings in the peer-reviewed journal Bioacoustics, the team found that some of Kylie’s clicks were similar to those made by her porpoise companions. Additionally, Kylie’s clicks, depending on whether she was alone, shifted from a low-frequency single (oligocyclic) click to high-frequency multiple (polycyclic) click.

It is unknown whether this clicking sound is in the dolphin’s clicking repertoire, or if it is indicative of a type of production learning known as “vocal convergence” over the more than a decade that Kylie has been exposed to the porpoises. In animals, production learning is generally defined as the ability to modify vocalizations as a result of hearing the vocalizations of others.

“Production learning as a result of interspecies interactions in the wild, on the other hand, have rarely been reported. One of the few cases is a solitary killer whale who was recorded producing sounds similar to the ‘barks’ of California sea lions (Zalophus californianus),” wrote the study authors.

In summary, a study of a sounds emitted by a solitary dolphin known as Kylie suggested that the cetacean can emit clicks that resemble those made by harbor porpoise clicks. However, it is unknown whether this clicking sound is in the dolphin’s vocal repertoire, or if it was a behavior learned after being exposed to harbor porpoises.

It’s not the first time an animal has mimicked another’s language. Birds and marine mammals are excellent imitators, and cetaceans are especially adept at the skill. Bottlenose dolphins have been trained to imitate artificial sounds and use them to label objects, while killer whales have learned to imitate human speech. Animals have also taught themselves, so to speak. One example includes killer whales and belugas kept in captivity who learned to produce sounds similar to those made by the bottlenose dolphins they’d been hanging around. The solitary common dolphin, locally known as Kylie, pictured traveling together with a harbor porpoise. Bioacoustics