Is Windex Poisonous to Dogs?

A viral Facebook post told the story of how a dog named Duke died after purportedly ingesting a paper towel that contained Windex glass cleaner. 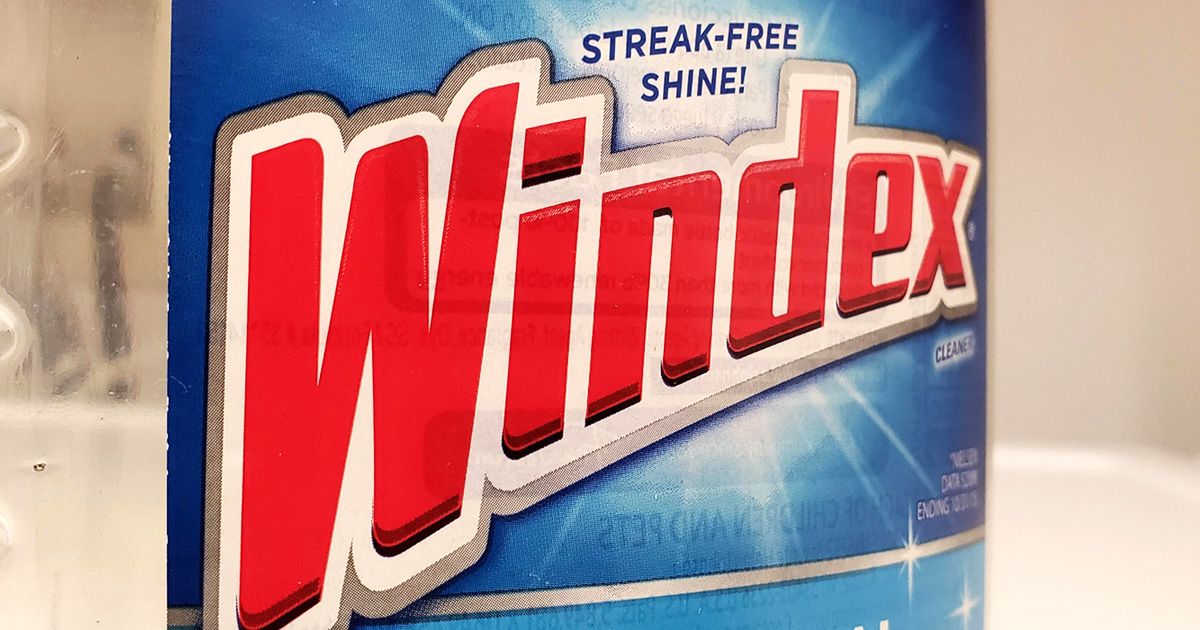 A Facebook post said that Windex glass cleaner killed a dog named Duke and that it was poisonous and toxic and had ingredients similar to antifreeze. (Image Via Snopes.com)

On April 5, 2022, a Facebook post about a dog named Duke went viral. According to the original post, the dog died after either licking or ingesting a paper towel that had been used with Windex glass cleaner. This led to questions from Snopes readers asking if ingesting Windex can kill dogs, meaning whether it is poisonous or toxic, as the post appeared to indicate. The purpose of this article is to find out more about the potentially dangerous nature of Windex glass cleaner to dogs. (Courtesy: @deerhunterwoman/Facebook)

In hopes of saving someone else's pet.

I had to hand Duke over to God today due to a paper towel I cleaned a window with. The vet staff had no idea until the research was done. There is a chemical in the blue windex that is the same in antifreeze. 3 drops will kill your dog. We tried fluids and meds for over 24 hours. He was not responding. Only getting worse. Please dispose of any paper towels you use windex with in a secure place where the babies can't get to it. He would have been 5 May 13th

We checked the labels on Windex glass cleaner containers. It states in all capital letters, in both English and Spanish: "KEEP OUT OF REACH OF CHILDREN AND PETS." Dr. Kelly Johnson-Arbor with the National Capital Poison Center shed some light on the antifreeze claim in the viral post. By email, Johnson-Arbor told us it sounded like a case of chemicals having similar names:

The glycol ethers have different toxicity risks than antifreeze (ethylene glycol) in humans. I can’t speak to animal toxicity as I’m a human physician. I believe Windex also contains 2-hexoxyethanol, which is another ethylene glycol derivative but again is not the same as ethylene glycol or Windex and does not have the same toxicity.

I think it’s safe to say that there is not a chemical in Windex that is the same as in antifreeze.

We reached out to SC Johnson, the company that owns the product. We inquired about this story and asked several questions. A company spokesperson responded with a statement that echoed what Johnson-Arbor told us. They also said that Windex “would not be expected to cause more than mild upset stomach in people or pets if ingested in small amounts”:

We care deeply about the health and safety of the families that use our products, which is why all of our ingredients undergo thorough reviews to meet or exceed our high standards.

Windex does not contain ethylene glycol. There is an ingredient in Windex called 2-Hexoxyethanol, which is used to remove dirt from windows. It is used in very small amounts (less than 1%). This ingredient is also used in many home-care products, including cosmetics.

All Windex products have a very high margin of safety when used according to label instructions and would not be expected to cause more than mild upset stomach in people or pets if ingested in small amounts.

After we published this story on the evening of April 7, the Facebook user updated the viral post, adding the following:

EDITED: Trying to maybe help clear some confusion. I was very distraught when I posted this. I am not any type or Dr or their assistant. Duke injested way more than a few drops. I use 2 paper towels and the outside of the glass had baked on dust and pollen. I used a lot more windex than normal use. After 2 windows, the paper towel was fully saturated and dripping. That is a good bit. The few drops, i was meaning antifreeze, not windex. The chemical is similar to that that is in antifreeze. Duke was as healthy as a horse as he had just went to the vet a month before. He was perfectly healthy Friday before eating it. A little slow Saturday. We knew for sure something was wrong on Sunday. First thing Monday in the vet. Started fluids/meds 48 hrs and he passed tues around lunch. I know its my fault he got the paper towel. I only wanted to make others aware of my tragedy. I know beyond a shadow of a doubt that the paper towels saturated with windex is the ONLY thing he had that would be foreign. I have links to support my claim. I can get records from my vet that shows his bloodwork being very similar to that in antifreeze poisoning. I hope this helps answe some questions. I would have never imagine it would go viral.

We reached out to the ASPCA Animal Poison Control Center with several additional questions and will update this story when we know more.

It is important to note that all household cleaners should be kept out of the reach of children and animals, and none of them should ever be ingested.

On April 8, 2022, this story was updated with a statement from Windex owner SC Johnson as well as clarifying information from the creator of the viral Facebook post.