For the record, most humping behavior among dogs has nothing to do with sex. 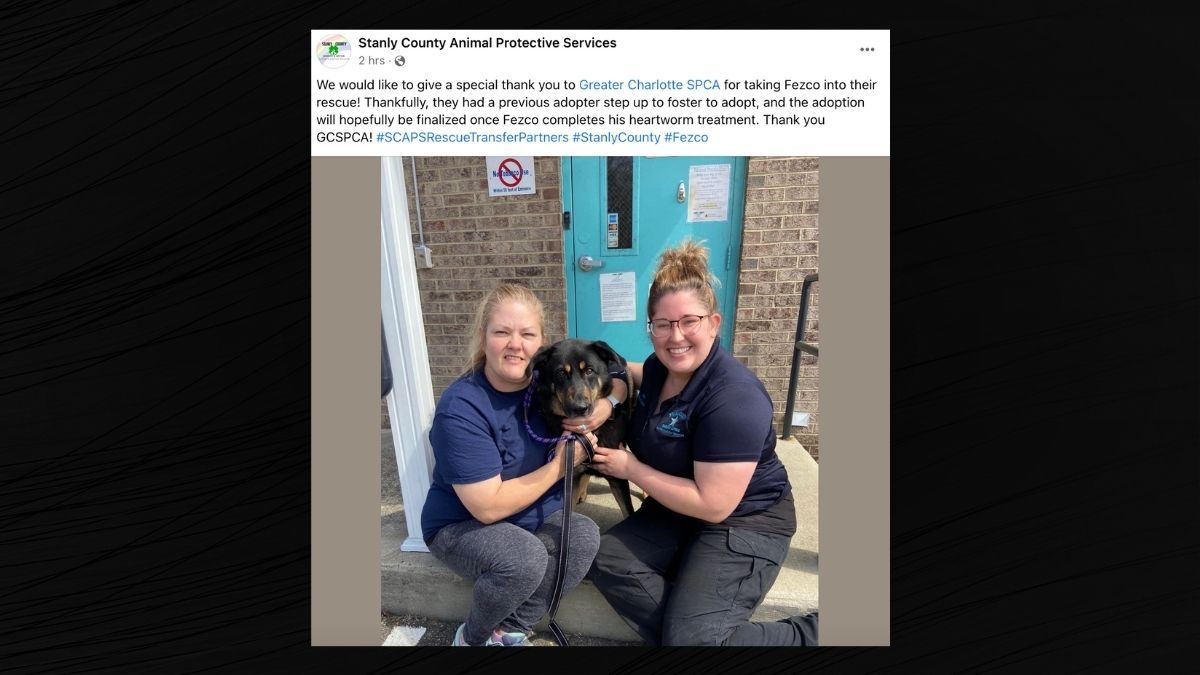 A friendly dog grabbed international headlines when he was abandoned at a North Carolina animal shelter because his previous owners claimed he was "gay."

The story caught fire on social media, including posts by people hoping to connect the dog with a potential new home and expressions of anger over the dog's abandonment for reported homophobic reasons:

The shelter posted an update noting that Fezco was placed with the Greater Charlotte SPCA rescue group, and has a foster-to-adopt home waiting for him once he completes heartworm treatment.

WCCB reported that Fezco is friendly, and likes people and other animals, and the shelter was hoping to place him in a foster home before being adopted.

According to the American Kennel Club, humping is a common behavior in dogs and is often not sexual. It often indicates that the dog is trying to establish dominance. But it can also be a sign of other issues, including overstimulation and medical problems if accompanied by signs of discomfort or distress.

As with any other behavior issue, dogs can be trained not to hump with positive reinforcement and redirection, according to the AKC.