How Accurate Was That 'Open Keystone XL' Meme?

As some called for the re-opening of the Keystone XL pipeline in March 2022, one viral Facebook post took them to task. 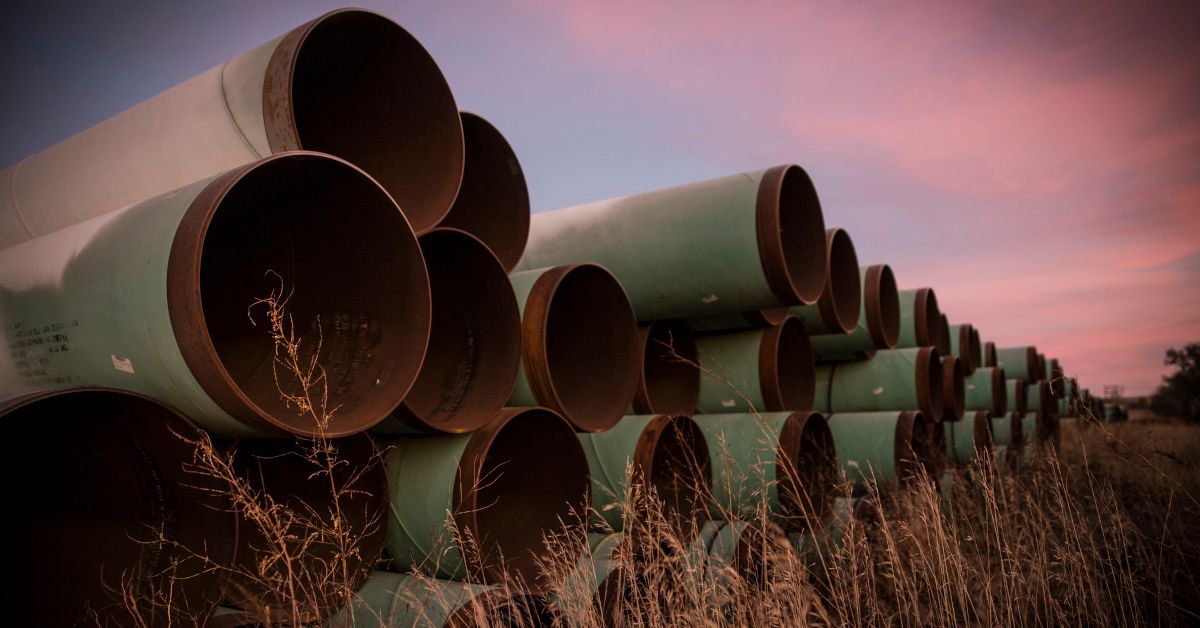 In March 2022, during Russia's invasion of Ukraine, prominent Republicans and social media users reacted to U.S. President Joe Biden's decision to ban imports of Russian fossil fuels, as well as sharply rising petroleum prices, by advocating the opening up of Keystone XL — a controversial proposed oil pipeline that would run through Canada and the United States.

In response, a viral social media post took aim at such calls, making a series of factual claims that appeared to undermine the rationale underpinning calls to "Open Keystone." The post typically began, "For those saying 'Open Keystone pipeline,' here are a few things you need to know..." The list was widely shared on Facebook, and the screenshot below shows just a selection of Facebook posts containing the "Things you need to know" message: On the whole, the meme was fairly accurate, even if its bias against the Keystone XL was made clear: The meme, for example, characterized the use of eminent domain as "stealing land from American citizens," and insisted on describing TC Energy — the Canadian energy corporation behind the pipeline — as "a foreign company."

What is Keystone XL? What Did the Meme Get Right?

First, an overview of the Keystone Pipeline, Keystone XL, and the people behind them. The Keystone Pipeline network consists of 4,324 km (2,687 miles) of pipeline, transporting crude oil from Hardisty, Alberta, in Canada, east through Saskatchewan and Manitoba, then south, across the U.S. border in North Dakota. From there it continues south, through South Dakota and Nebraska.

At Steele City, Nebraska, the pipeline splits: one arm stretches eastwards, through Kansas and Missouri, before terminating at the Wood River and Plains refineries in Illinois; the other arm continues southwards through Kansas, through the hub at Cushing, Oklahoma, and on to terminals at Houston and Port Arthur on the Gulf Coast of Texas.

The network is owned and operated by TC Energy (formerly TransCanada Corporation), a major energy company headquartered in Calgary, Alberta, along with the government of Alberta, which invested 1.5 billion Canadian dollars in the pipeline in 2020. TC Energy is a Canadian company, so the meme got this part right, but it failed to mention that a Canadian provincial government also owns a stake in the pipeline, and also erroneously referred to the company by its former name, throughout.

Keystone XL was a proposal to extend the network by adding 1,947 km (1,210 miles) of pipeline between Hardisty, Alberta, cutting south-east through Baker, Montana, and South Dakota and joining up with the existing pipeline at Steele City, Nebraska, as shown in the map below: This is the "Keystone/Keystone XL" distinction made in the meme: One is the entire network, the other is a proposed component of the larger network. However, it should be noted that many of those who called for Keystone XL to be reopened, in March 2022, did not actually conflate the two, and correctly referred to Keystone XL as such.

The meme was right to state that the oil in question would originate in Canada. As the company itself has said, Keystone XL would "deliver up to 830,000 barrels of Canadian oil each day..."

In Nebraska, the pipeline would have cut through that state's Sandhills — an enormous area of sand dunes and prairies that is federally designated as a National Natural Landmark, and is a distinct ecoregion with considerable significance for certain species of animals and plants. On the basis of environmental and economic concerns, the administration of former President Barack Obama in 2015 denied TC Energy the necessary permission to begin construction on Keystone XL.

In 2017, the administration of former President Donald Trump reversed course, and authorized the resumption of work, and in 2019, Trump personally issued a presidential permit for TC Energy to complete Keystone XL.

However, on his first day in office in January 2021, President Joe Biden revoked that 2019 permit and effectively reintroduced a federal prohibition on further construction. In June 2021, after years of regulatory back-and-forth, political controversy and courtroom battles, TC Energy gave up, writing in a news release that "after a comprehensive review of its options, and in consultation with its partner, the Government of Alberta, it has terminated the Keystone XL Pipeline Project."

On this basis, the meme was correct in saying that TC Energy had canceled Keystone XL and was "no longer building or looking to finish the project."

The claim that only 8% of the extended pipeline had been completed also appeared to be well-founded. In March 2021, a spokesperson for Canada Energy Regulator — the federal Canadian government's agency in charge of energy utilities — told Reuters that TC Energy had only completed 152 km (93 miles) of Keystone XL by the end of 2020. Since we know Keystone XL was proposed to consist of 1,947 km (1,210 miles) of pipeline, that means only 7.8% had been finished when Biden revoked its permit.

In response to our invitation to comment on the meme, a spokesperson for TC Energy directed Snopes to a March 11 blog post on the website of the American Petroleum Institute (API). There, the API asserted that: "At the time the presidential cross-border permit was revoked, construction of the 1,120-mile Keystone XL segment was on track to be completed in 2022, with operations starting in early 2023."