What is the Full Name of Jerry From 'Tom and Jerry'? 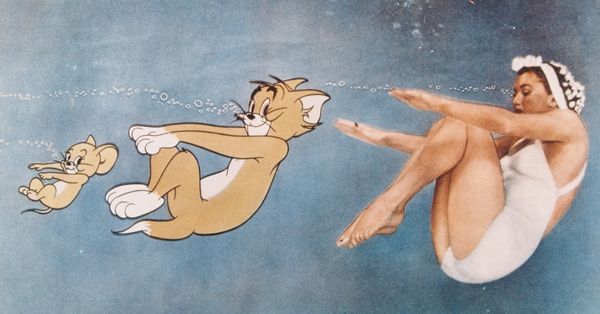 In late 2021, internet users amused themselves with what appeared to be a bombshell revelation — Jerry, the mouse from "Tom and Jerry" — was in fact named "Jerome."

On Dec. 9, for example, one Twitter user posted a widely shared screenshot showing the Google search preview of the Wikipedia entry for Jerry Mouse, complete with the full name "Jerome 'Jerry' Mouse": Over the next 24 hours or so, a Wikipedia-editing frenzy ensued, with the childhood favorite's first name changed from "Jerome" to "Jamarcus," then "Jeromathy," "J Rock," "Jayquandivius," and finally, "Gerald": On Dec. 10, the pop culture website We Got This Covered attempted to clear up the mess, pointing out that the website for Multiversus — a forthcoming video game featuring various Warner Bros. characters — listed the cat and mouse as: William "Bill" Hanna and Joseph "Joe" Barbera created the characters that would go on to become the iconic Tom and Jerry, back in 1940, and produced many years of award-winning and enormously popular cartoons for the Metro-Goldwyn-Mayer (MGM) studio. In 1986, MGM was taken over by CNN founder Ted Turner, and 10 years later, Turner Broadcasting System (TBS) was itself taken over by Time Warner.

Thus, the rights to Tom and Jerry have been held by Warner Bros. ever since, so a description of Jerry's full name as "Gerald," on an official Warner Bros. website, might appear at first glance to solve this particular mystery definitively. It does not.

Before the world knew Tom and Jerry, Hanna and Barbera created "Jasper and Jinx." In "Puss Gets the Boot," the first cartoon from 1940, another character is heard to call the cat "Jasper," while the mouse remains unnamed on screen, but was referred to as "Jinx" behind the scenes.

After the success of "Puss Gets the Boot," Jasper and Jinx became Tom and Jerry, as Barbera explained in his memoir:

Neither Bill nor I came up with "Tom" or "Jerry," but, like so much of what I have found myself involved in, we left the choice of names to chance. We invited studio personnel to write down pairs of names on pieces of paper and toss them into a hat. We shook the hat and drew "Tom and Jerry," which had been submitted by an animator named John Carr. He won fifty dollars.

We know Tom is really named "Thomas" because in "The Midnight Snack" — the second-ever Hanna-Barbera cat-and-mouse cartoon and the first under the name "Tom and Jerry" — a third character can be heard calling him "Thomas."

So when it comes to proper names, "Thomas" has a clear, documented 80-year history that stretches back to the early days of the cartoon itself. But "Gerald?" Not so much. In fact, the earliest official or pseudo-official reference we could find to "Gerald" as Jerry's full first name was in the autumn of 2021, when it appeared on the Warner Bros. Multiversus website, and the Fandom page for "Jerry Mouse."

Snopes consulted a newspaper archive dating back through the history of the Tom and Jerry franchise, and checked several authoritative, if not definitive, sources: "Of Mice and Magic," a history of American animation written by the renowned animation historian Jerry Beck and film historian Leonard Maltin; "A Cast of Friends," a memoir written by Bill Hanna; and "My Life in Toons," a memoir written by Barbera. None of those sources contained any mention whatsoever of "Gerald" as Jerry's full name.

(None of them made any mention of "Jerome," either, even though the Warner Bros. produced 2021 feature film "Tom & Jerry" contained the tongue-in-cheek credits "Thomas D. Cat" and "Jerome A. Mouse.")

In an email sent to Snopes, Beck wrote:

There is no place Jerry was ever referred to as "Gerald." Not that I know of. I would assume whoever wrote this game just tried to match Tom's "Thomas" by giving Jerry that "Gerald" moniker.

Is Warner Bros. playing fast and loose with the historical integrity of one of American pop culture's most venerable and storied characters? Or is there some other explanation for the sudden and jarring emergence, nearly a century later, of "Gerald" Mouse?

We sent the company a series of questions about Jerry's name, and made repeated efforts to contact several publicly listed spokespersons. We didn't receive a response from any of them. The chase, for now, continues.