The fine print of the NRSC-promoted contest stated that the dinner would be with three members of Congress, not former U.S. President Donald Trump. 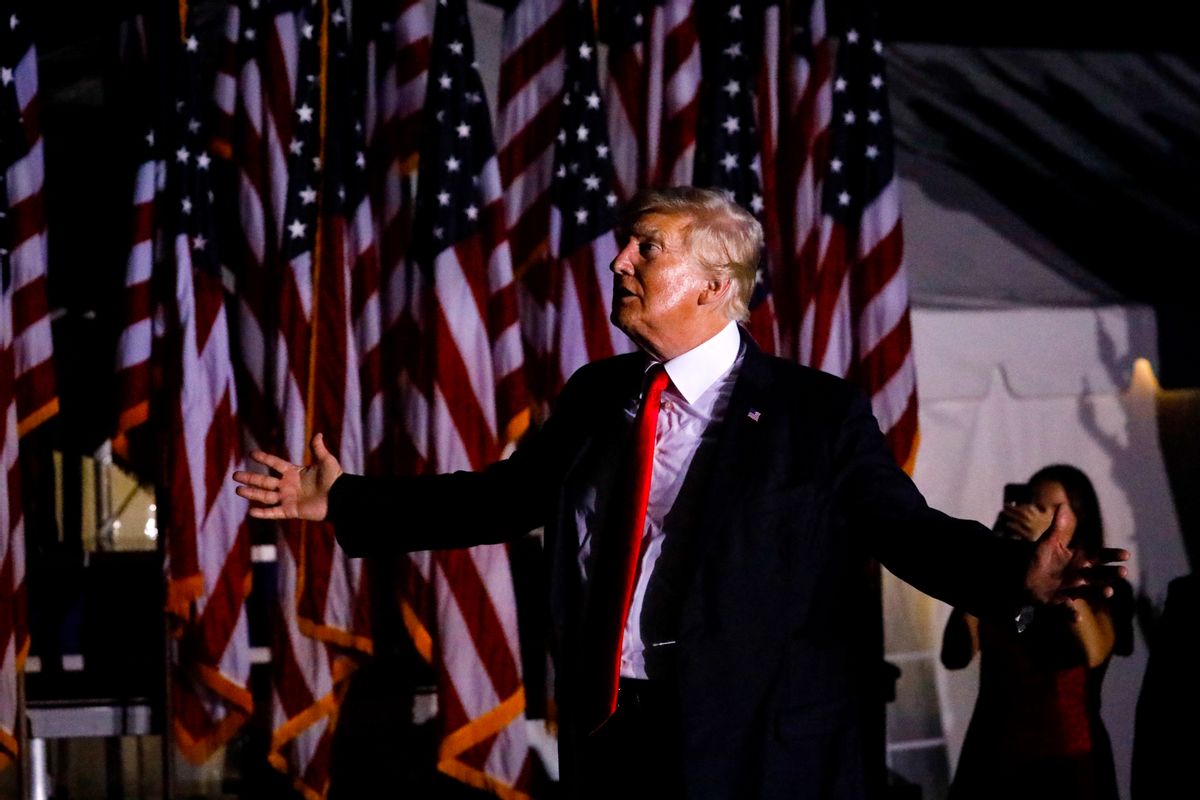 Around Dec. 11, the National Republican Senatorial Committee (NRSC) began running Facebook and Instagram ads that promoted a contest, purportedly to win the opportunity to have dinner with former U.S. President Donald Trump and U.S. Rep. Elise Stefanik. A four-term upstate New York congresswoman, Stefanik currently ranks as "the No. 3 position in the Republican caucus."

However, neither the abbreviated or complete rules for the promotion mentioned a dinner or chance to meet Trump or Stefanik. In fact, their names weren't mentioned one time in either set of rules. Instead, the rules promised that winners would receive a "private dinner" with Republican U.S. Sens. Lindsey Graham, Tim Scott, and Rick Scott. The ads began to appear in December 2021.

OpenSecrets.org described the NRSC as "the Republican Party's chief fundraising committee dedicated to electing Republican candidates to the U.S. Senate." The website also said that in 2020 the committee had raised $338 million and spent more than $331 million. The NRSC website lists Sen. Rick Scott as its current chairman.

According to reporting from Politico from March 2021, Trump had previously sent cease-and-desist letters to the NRSC and two other fundraising entities "for using his name and likeness on fundraising emails and merchandise." He was purportedly "furious" that his name was being "bandied about by organizations that help Republicans who voted to impeach him — without his permission."

We reached out to the NRSC for comment but did not receive a response by our deadline. The Facebook and Instagram ads for the "dinner with Trump" contest appeared to be pulled after we made our inquiry by email, according to the page's ad library.

The ads had claimed:

Do you want to have dinner with President Trump and Elise Stefanik?

It's a very exclusive event, and we are only inviting our TOP supporters, like YOU.

Enter now for your chance to meet President Trump and Elise Stefanik! However, the rules below the sign-up form mentioned nothing of meeting Trump.

President Trump is attending a VERY important dinner, and we really want YOU to be there with him. You’ll even get to sit at his table AND take a photo with him.

Fill out your information below to enter to win DINNER with President Trump!

Below the sign-up form were several abbreviated rules for the contest:

Winner will receive the following Prize: Winner(1) from each entity(NRSC, Sen. T Scott, Sen. R Scott, and Sen. Graham) and (1) guest; A private dinner with Senators: Lindsey Graham, Tim Scott, and Rick Scott to discuss 2022 strategy to win back our majority; two (2) round-trip coach tickets, mode of transportation made at the discretion of the NRSC, within the continental United States to event location and from winners home location. (1) one-night hotel stay in a hotel; and ground transportation in the area, made at the discretion of the NRSC.

The end of the page said that the page and perhaps the promotion were "paid for by WinRed," but were "not authorized by any candidate or candidate’s committee."

In the past, Popular Information and Vanity Fair published reporting that questioned the legitimacy of other Trump dinner promotions and related contests. Tim Murtaugh, who was communications director for Trump at the time, fired back, tweeting that "people win the contests each time."

This story will be updated if we receive a response from the NRSC.