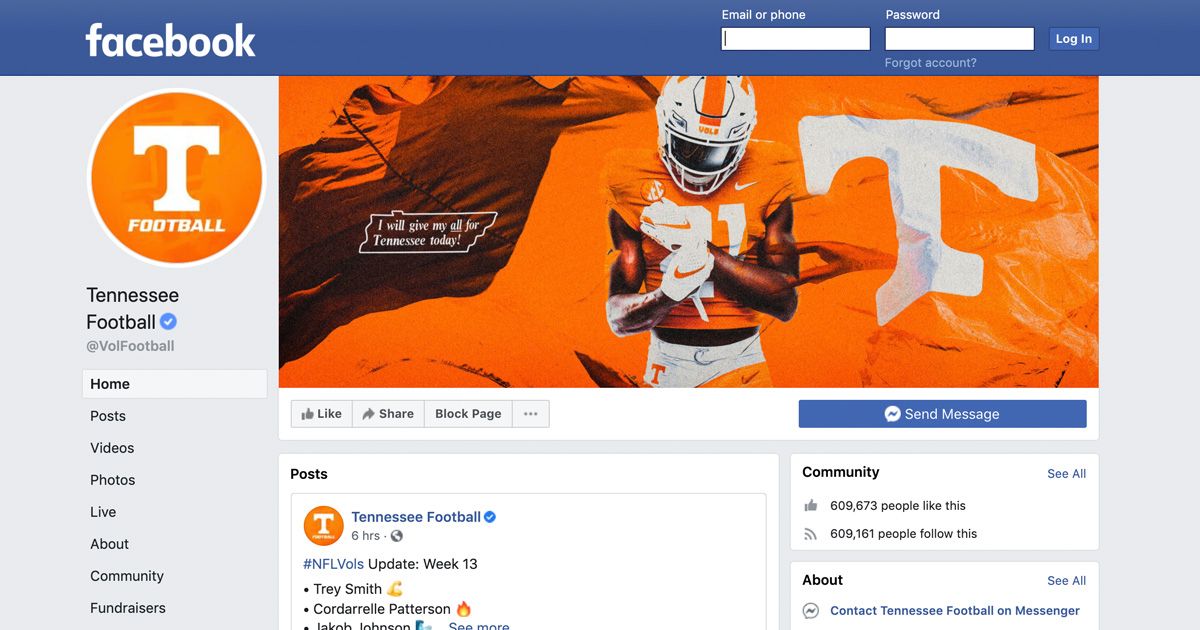 On Dec. 7, 2021, a screenshot circulated that showed the official Facebook page for the University of Tennessee football program appeared to post: "ALL-SEC VOLS. Fuck. Theo. Cade." However, there was no known person affiliated with the team or college football named Theo Cade. The post was taken down soon after it was posted.

However, it was likely nothing more than an unfortunate error, as it appeared to have been quickly removed. A tweet from the Tennessee football program's official Twitter account showed that the "Fuck" was supposed to say "Velus," as in Velus Jones Jr. Meanwhile, "Theo" referred to Theo Jackson and "Cade" referred to Cade Mays.

Here's part of the official news release from the announcement:

BIRMINGHAM, Ala. – Tennessee had three players named to the Coaches All-SEC teams, as announced by the league office on Tuesday afternoon.

Velus Jones Jr., Theo Jackson and Cade Mays were each named to All-SEC postseason teams for the first time in their careers. It marked the second time in three seasons that the Vols had at least three players named to the postseason All-SEC teams by the league's coaches.

Tennessee will conclude its 2021 campaign with a trip to Nashville to take on Purdue in the TransPerfect Music City Bowl on Dec. 30 at Nissan Stadium. Kickoff is slated for 3 p.m. ET and tickets can be purchased by visiting the Music City Bowl's website or by clicking HERE.

AwfulAnnouncing.com also reported on the news and pointed to a tweet that said it may have somehow been a "hilariously unfortunate autocorrect" error.

At press time, a new Facebook post had not yet been created to correct the "Fuck. Theo. Cade." one that was removed. However, one of the page managers is likely to repost the correct text at some point in the future.