Did a Woman Breastfeed a Cat on a Plane?

We don't have enough information to confirm this incident, but we can say that this udderly ridiculous-sounding story is plausible. 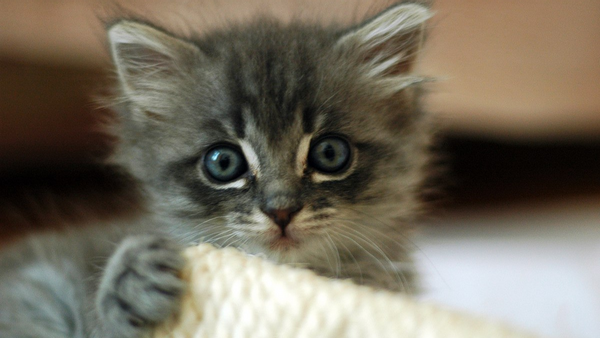 In November 2021, social media was ablaze with comments about a woman who was allegedly caught breastfeeding a hairless cat aboard a flight between Syracuse, New York, and Atlanta, Georgia, in early November 2021.

This rumor is based on an image supposedly showing a message sent through the Aircraft Communications Addressing and Reporting System (ACARS), and a since-deleted TikTok video supposedly posted by one of the flight attendants on the plane.

If true, this wouldn't be the first time that a woman has breastfed a cat. While we have not been able to independently verify this airplane incident, we can say that it is at least plausible. Here's what we've been able to find out so far.

When Did This Happen?

While this story made headlines in late November and early December, this incident reportedly took place circa Nov. 1. A flight attendant who was reportedly on the plane posted about the incident on TikTok on Nov. 3, according to Newsweek, but it didn't make social media waves until Nov. 23, when Ryan Spellman, the disaster relief executive at Operation Airdrop, posted an image supposedly showing the Aircraft Communications Addressing and Reporting System (ACARS) message that originally reported the incident:

The ACARS is a data link system that allows planes to communicate with ground stations. In the message above, the pilot requests a "REDCOAT" to meet the plane upon arrival, which appears to refer to Delta's "elite airport customer service experts" who are "specially trained to handle on-the-stop customer issues."

In addition to this text message, this rumor is also supported by a TikTok video supposedly sent by a flight attendant who was aboard the plane. While the originally TikTok has been deleted, several other social media users have posted the video showing flight attendant Ainsley Elizabeth talking about the incident.

Elizabeth elaborated on the incident in another video, saying:

This is just so crazy. This woman had like one of those hairless cats swaddled up so it would look like a baby. And her shirt was up, and she was trying to get her cat to latch, and she wouldn't put the cat back in the carrier and the cat was screaming for her life... you know those little butter packets you get when they don't have olive oil... she put the butter (motioning to her nipple) yeah.

In 1982, a paper was published in the journal "Anthropos" titled "Breast-Feeding of Animals by Women: Its Socio-Cultural Context and Geographic Occurrence."

In this paper, the practice of women breast-feeding animals is viewed from a geographic and historical perspective. The principal aims are to establish where the practice has been commonplace, to determine its economic and socio-cultural context, to consider its possible role in animal domestication, and to weigh its significance in human ecology. — In many cases, the practice is an expression of affection for pets (among Polynesians, among forest peoples of tropical South America, and especially among aboriginal hunters and gatherers in Southeast Asia, Australia, and Tasmania). In other cases, affection is supplemented or supplanted by economic concerns, as among various Melanesian "pig complex" peoples. In some cases, breast-feeding of animals is linked to cult and ritual, an outstanding example being the nursing of cubs in connection with the Ainu bear cult. In a few cases, animals are breast-fed with the welfare of the human mother or child being of greatest concern. The conclusion is drawn that animal nursing may indeed have contributed to the domestication of such animals as the pig and dog, and that in some places, particularly lowland New Guinea, the practice can play an important role in human ecology.

While we can't confirm for certain that a woman truly breastfed her hairless cat on a plane, we can say that this udderly ridiculous-sounding story is plausible.

Correction [Dec. 9, 2021]: Linked video shows a woman breastfeeding a cow, not a goat, as previously stated.