No Evidence Newsom Spent $29K Per Night for Cabo Vacation

The story was first reported by the California Globe. 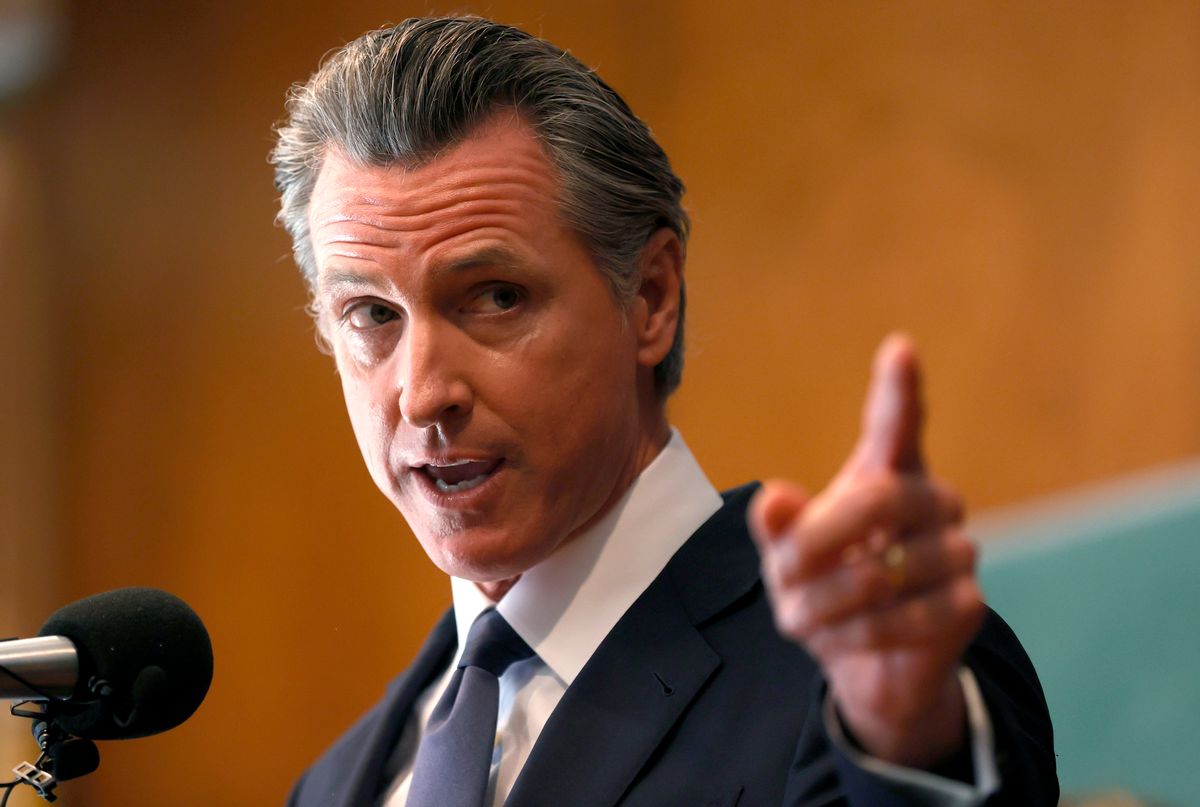 On Nov. 30, 2021, The California Globe published the headline: "Gov. Newsom Family Vacation: $29K per Night at Cabo San Lucas Villa." It also stated: "Source shares photos of posh getaway while Californians remain under mask and vaccine mandates." The article displayed a photograph shot from very far away that purportedly showed the California governor standing at the pricey villa.

According to the Globe's reporting, Newsom and his family stayed at La Datcha villa in Cabo San Lucas for seven nights during the week of Thanksgiving. According to the villa's website, the La Datcha property normally rents for $23,000 per night. The price goes up to $29,000 on major holidays. This places the cost for seven nights anywhere between $161,000 and $203,000, not including taxes. It's owned by Russian billionaire Oleg Tinkov.

On the next day, the Globe published a second story with a picture from a second source. It showed Newsom's family sitting on a beach and called its first story a "major scoop."

Not the Bee, the name of a website that posts news and is associated with the satirical website The Babylon Bee, also cited the Globe and published: "Hey Californians! Please keep doing as you’re told so maskless Gavin Newsom can go on more $200,000 Cabo vacays. Thanks!"

We looked into the matter and contacted the governor's office, the La Datcha villa, and one of the Globe's sources.

Response from the Governor's Office

We sent several questions to Newsom's press office about his purported stay at La Datcha villa.

In response, Erin Mellon, a spokesperson for the governor, contacted us by email: "The Newsoms didn’t stay at or visit that property during their vacation." She said that the place where they stayed could not be disclosed due to security concerns. She also mentioned that the family "paid for their trip themselves."

Included in Mellon's response to Snopes was a news release that showed Newsom appeared to only be in Mexico for six nights, not the seven nights reported by the Globe.

While a dollar figure of the true cost of the trip was not provided, Mellon told us by phone that the real vacation home they stayed at was "well below" the extremely high nightly rate at La Datcha.

The Globe reported that it also received these same answers from the governor's office. However, the publication said in an update to its initial report that it "stands by its story and will continue to report on these developments."

The California Globe mentioned that it had established two anonymous sources who claimed to have seen the Newsoms. One picture purportedly captured by one of the sources did show a person standing at the La Datcha villa. However, it was shot from a very far distance and was not clear enough to establish any confirmation on who the subject was.

The source supposedly was able to see with binoculars "a guy that looked like [Newsom]" and "a blonde that looked like [First Partner Jennifer Siebel Newsom]." The source also provided information to the Globe about "black SUVs" and a number of vehicles "at the tennis courts which are not there usually."

The same source that took the picture also tweeted to Newsom on the evening of Thanksgiving Day. It read: "How's the fire show at your Russian compound in Cabo. Watching you from 4 houses over and you and the staff are not wearing masks."

However, the tweet was later deleted, a fact that the Globe noted. We were able to figure out that the tweet was real by finding it in a Google cache archive. We reached out to the source on both Facebook Messenger and on a company website but did not yet receive a response.

A second source provided another picture to the Globe. This one did show the Newsoms. This second photograph was mentioned in an update to the Globe's first report but was first shown in its second story.

In the Globe's first report, an update that said the second picture was believed to have been shot at the Palmilla Hideaway Luxury Condo Rental, a property "adjacent to the La Datcha." However, the photograph was not published. Rather, it only provided a description of the picture at the time.

In the Globe's second report, it showed the photograph for the first time and said: "Today, a woman who had read yesterday’s Globe story, presumably including the update in which the governor denied through his spokeswoman that he had stayed at La Datcha, sent us another photo. She was staying on Playa Palmilla, which is near La Datcha. This photo is, according to the source, 'on the public beach near the Palmilla with one child and his wife.'"

However, according to Google Maps, the Playa Palmilla public beach is not "near La Datcha." The two are separated by around 23 miles (37 kilometers). We compared the second photograph to a Google Maps 360-degree view of Playa Palmilla. They matched, meaning that the Newsoms were at Playa Palmilla on whatever day the picture was shot. This also meant that the Globe's reporting was not accurate. A place named Palmilla Hideaway Luxury Condo Rental appeared to be confused with Playa Palmilla. This photograph from the Globe's second source was shot at a popular family beach that was located nowhere near the pricey La Datcha villa.

We reached out to the La Datcha villa to ask for comment on the Globe's reporting and will update our fact check if we get a response.

The reporting from the Globe mentioned that Newsom's annual salary as governor was listed at over $200,000, which was true. According to ABC 7 News, as of 2021, Newsom's salary was $218,556. This was close to the potential $203,000 tab for seven nights at the La Datcha villa during major holidays.

In the past, calmatters.org published that the governor released his federal and state taxes for the year 2019. "Gov. Gavin Newsom and First Partner Jennifer Siebel Newsom made $1.7 million and paid $712,000 in state and federal taxes in 2019." According to the reporting, "most of their 2019 income came from assets held in a blind trust, where Newsom moved his ownership stake in the Plumpjack wine and hospitality businesses after he was elected governor in 2018."

The story from the Globe might remind readers of an incident from November 2020. At the time, Newsom was photographed dining with lobbyists and walking around maskless at the French Laundry restaurant in Napa Valley. Newsom later apologized.

According to The Associated Press, the governor had previously "pleaded with Californians to resist the temptation to socialize with friends and relatives outside their household." The news was one of several items on a list that led to a failed recall election that ended with Newsom winning in a landslide.

As of Dec. 1, 2021, there was no evidence that the Newsom family stayed at or visited the La Datcha villa property around Thanksgiving. The governor's office stated that he vacationed in Mexico at a different home for a cost "well below" the La Datcha villa's nightly rate of between $23,000 and $29,000. Further, the two sources mentioned by the Globe and cited by Not the Bee appeared to only have provided a picture shot from very far away and a miscaptioned second photograph that was captured nowhere near La Datcha.