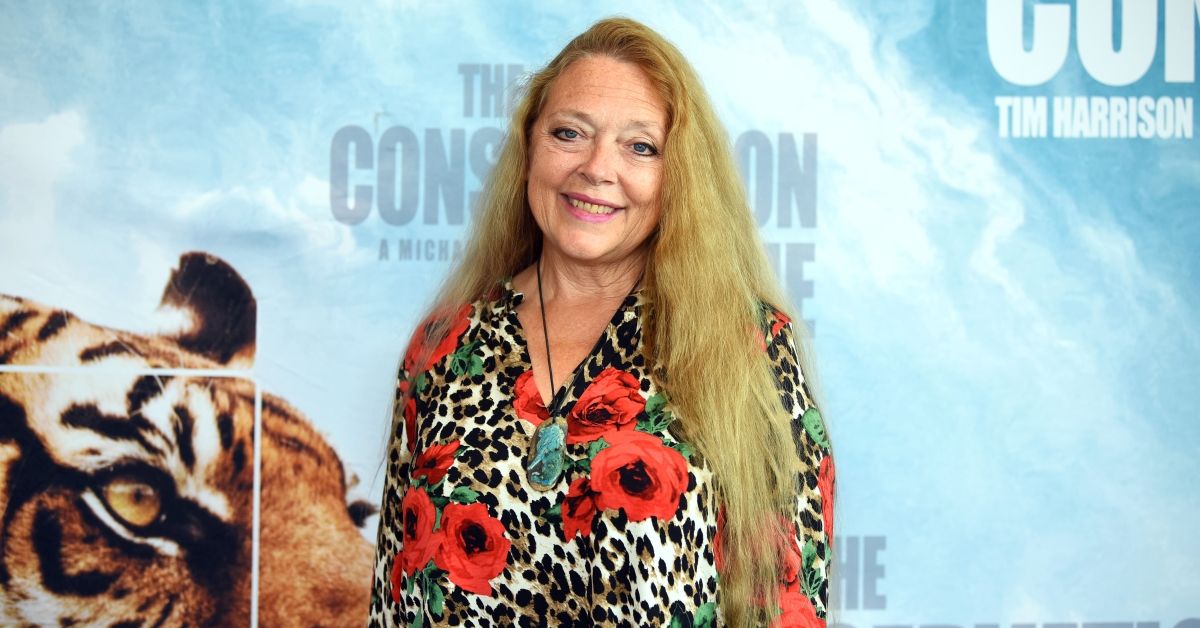 Carole Baskin, the flower crown-wearing animal lover and foil to "Tiger King" Joe Exotic will be getting her own TV show, in which she will tell her side of the story.

During the two-part series, airing on discovery+ starting Nov. 13, 2021, Baskin, the proprietress of Big Cat Rescue in Florida, and her team will search the grounds of G.W. Zoo in Oklahoma for evidence of wrongdoing. The zoo was formerly owned by Exotic, and later run by one of his associates Jeff Lowe.

Baskin rose to international fame when the Netflix show "Tiger King" became popular during the COVID-19 pandemic lockdowns in 2020, mainly because the show outlined what was characterized as a murderous feud between them. Exotic, whose real name is Joseph Maldonado-Passage, is in prison for plotting to hire a hitman to kill Baskin.

The show also elevated lurid rumors about the disappearance of Baskin's first husband, Don Lewis, such as speculation by Lewis' children that Baskin killed Lewis, ground up his remains, and fed them to the tigers at her rescue. But no evidence beyond the supposition that Baskin was guilty of foul play was ever presented.

Here's what viewers can expect, according to Discovery.com:

In January 2020, Joe Exotic (AKA Joseph Maldonado-Passage), who ran the infamous G.W. Zoo out of Wynnewood, OK, was sentenced to 22 years in federal prison after being convicted of a murder-for-hire plot to kill Baskin. At this time, Jeff Lowe took over the G.W. Zoo until a federal judge awarded it to Baskin and her Big Cat Rescue in June 2020. With the property firmly in her control, and with the help of homicide detective Griff Garrison, CAROLE BASKIN’S CAGE FIGHT documents Baskin and her team as they investigate the property for any evidence of animal abuse and trafficking Joe Exotic or Jeff Lowe left behind, revealing many shocking moments along the way. To uncover further evidence, Baskin also enlists help from an unlikely source - Joe Exotic’s niece, Chealsi - who spent much of her childhood working at G.W. Zoo and has first-hand knowledge of what went on behind the scenes. Chealsi directs Baskin and the investigators to the areas around the zoo where evidence most likely will be found, including animal remains.

Lim, Clarissa-Jan. “69 Big Cats Were Seized From Jeff And Lauren Lowe, Who Were In Netflix’s ‘Tiger King.’” BuzzFeed News, 20 May 2021, https://www.buzzfeednews.com/article/clarissajanlim/tiger-king-park-jeff-lauren-lowe-animals-seized.