A bill proposing "forced vasectomies" and a "three-child limit" was created to parody abortion laws that restrict women's reproductive rights. 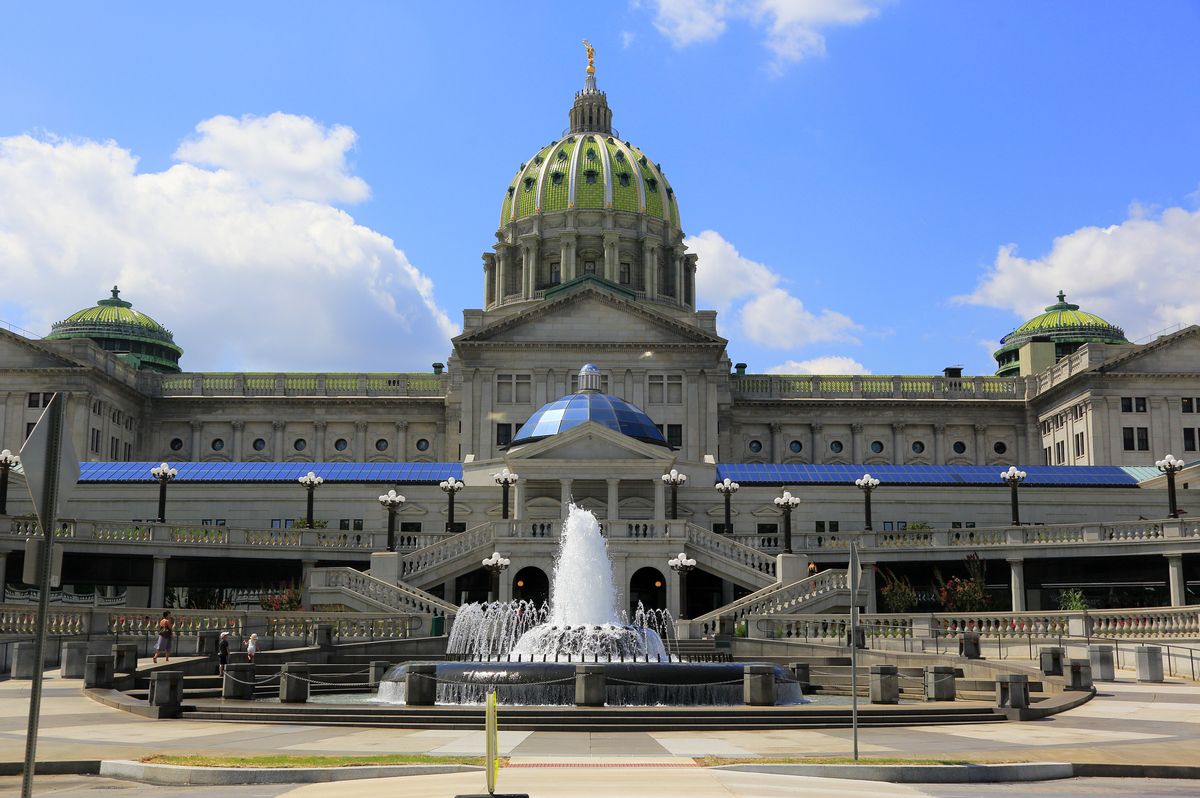 The view ofPennsylvania State Capitol with the fountain in foreground (Image Via Getty Images, stock)

In Brief: In October 2021, a Democratic lawmaker in Pennsylvania announced a piece of "parody legislation" in order to highlight "gendered double standards" regarding reproductive rights in the U.S.

In October 2021, a number of articles were published claiming that Democrats had introduced legislation in Pennsylvania that would force cisgender men to get vasectomies once they have three children or turn 40 years old. Newt Gingrich, a former Republican politician, shared an article from the American Action Network, a conservative advocacy group, in a tweet that labeled this legislation "far left insanity": It's true that Chris Rabb, Democratic state senator in Pennsylvania, announced legislation that would impose a three-child limit and forced sterilization for men over 40 — it should be noted that while he has announced his intent to propose legislation, as of this writing, this "bill" only exists as a memo and has not been officially proposed. But, the bill was designed to parody similar legislation that has been proposed or passed that restricted women's reproductive rights in the country.

In announcing this parody bill, Rabb singled out the strict abortion law that recently passed in Texas, a law that allows residents to file lawsuits against clinics, doctors, nurses, or anyone else who helps a woman get an abortion. Rabb's proposal mirrors Texas' abortion law in that it would "empower Pennsylvanians to enforce this new law by offering a $10,000 reward for reporting to the proper authorities those scofflaws who have not complied with this statute within the allotted timeframe."

Rabb’s bill would require men to get a vasectomy within six weeks of having their third child or their 40th birthday, whichever comes first; codify into state law a definition of “wrongful conception” to include when a person has demonstrated negligence toward preventing conception during intercourse; would allow Pennsylvanians to take civil action for unwanted pregnancies against men who wrongfully conceive a child with them or who do not comply with the statute; and it would provide a $10,000 reward for reporting to the proper authorities those scofflaws who have not complied with the statute in the allotted timeframe, allowing for Pennsylvanians to take civil action against “inseminators.”

“As long as state legislatures continue to restrict the reproductive rights of cis women, trans men and non-binary people, there should be laws to address the responsibility of men who impregnate them,” Rabb said. “My sincere hope in introducing this legislation is that my colleagues in the General Assembly consider the egregiously gendered double standard when it comes to curtailing reproductive health care as it applies to women.”

Rabb notes that his bill was partly inspired by another piece of legislation that was introduced by Kelly Cassidy, a Democratic state representative in Illinois, called the TExAS Act (The Expanding Abortion Services Act). That legislation was also proposed in response to the Texas abortion law and suggests, since the Texas law would enable citizens to file lawsuits against anyone who has or aids in an abortion, that any person should be able to "bring a civil action against a person who commits an act of domestic violence or sexual assault, as well as anyone who causes an unintended pregnancy or any person who enables those acts."

While Rabb's "parody bill" suggests a three-child limit and the forced sterilization of men over 40, this potential legislation was created to comment on similar laws that restrict a woman's reproductive rights.

Rabb said that he hopes that "each person who views this bill I’ve introduced as absurd ... to apply equal scrutiny to laws in places like Texas and right here in Pennsylvania, which enact paternalistic restrictions on the personal liberty of cis women, trans men and nonbinary individuals who have an unwanted pregnancy. What’s good for the goose is good for the gander!”